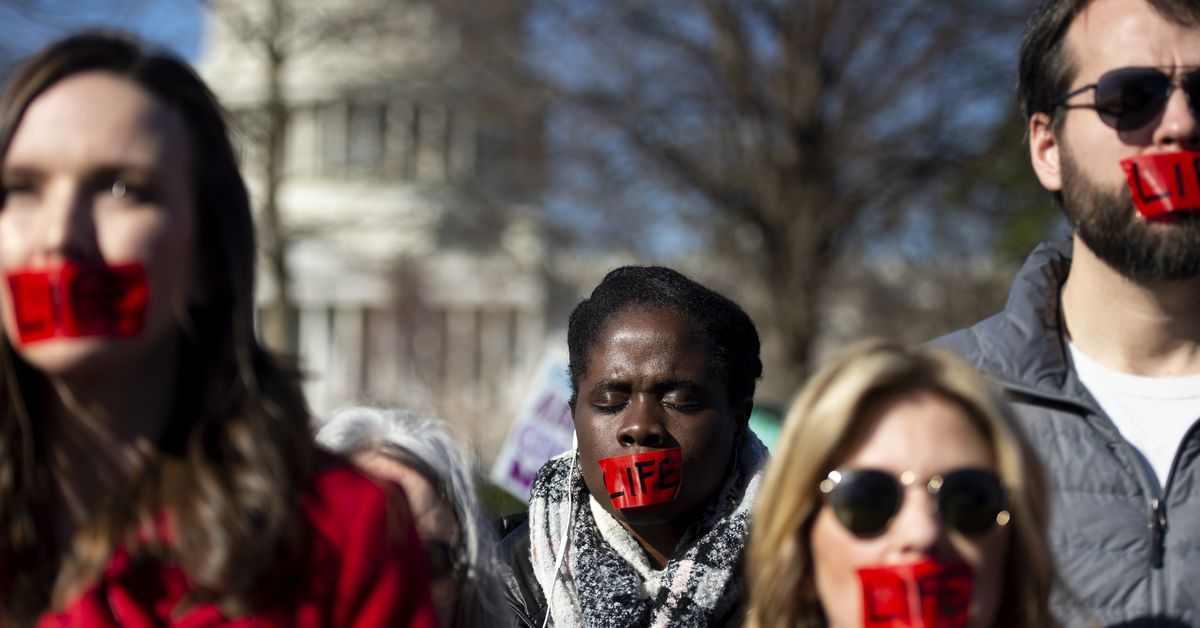 A group of anti-abortion activists wants Secretary of Health and Human Services Alex Azar to have abortion care providers cease operations during the novel coronavirus pandemic.

In a Tuesday letter, signed by the heads of 52 anti-choice advocacy groups including Susan B. Anthony List, National Right to Life, and the Family Research Council, the groups called for restrictions on medication and surgical abortion providers in order to “free up much needed medical equipment” and ease an alleged strain on emergency rooms stemming from patients with complications from abortion care. (Complications from abortion care are rare, according to medical research.)

But the letter illustrates a broader trend: While many people are seemingly coming together to try to survive the virus — the Senate, for example, unanimously passed a $2 trillion relief package Wednesday — the pandemic hasn’t erased politics entirely.

House Democrats, for example, proposed environmental reforms for industries receiving a coronavirus bailout. (The House’s bill has been dropped, however; the chamber plans to vote on the Senate’s version Friday). Meanwhile, social conservatives have taken advantage of the pandemic to further many politically divisive policies, like state-level bans on “elective” abortions, under the guise of protecting the interests of public health. But a closer look at the policy demands being made by anti-choice conservatives shows that this is just politics as usual.

“By ceasing both surgical and chemical abortions now, Planned Parenthood will free up much needed medical equipment and decrease the demand placed on ER’s due to complications from both medical and surgical abortion,” the letter states.

Abortion rights advocates pushed back on the claims, stressing that abortion care is essential and time-sensitive. “A public health emergency is not the time to play politics,” said Alexis McGill Johnson, acting president and CEO of Planned Parenthood Federation of America, in a statement Tuesday. “Delays or additional barriers to care can make it more difficult or even impossible for some patients to access safe, legal abortion.”

It’s unclear what effect, if any, Tuesday’s letter will have on HHS policy during the pandemic; a spokesperson for HHS did not respond to a request for comment. But it’s far from activists’ and lawmakers’ only effort to seize on the uncertainty the crisis has created to further a political agenda.

Conservative governors in several states have gone even further in advancing cultural priorities during the pandemic.

Ohio, Mississippi, and Texas officials all announced that most abortions were considered “non-essential” and suspended the procedure under state-wide orders to suspend unnecessary surgeries during the coronavirus pandemic. Mississippi’s governor, Tate Reeves, made the decision to do so despite rejecting a shelter-in-place order for the state. “Mississippi’s never going to be China,” he said at a press conference Monday. He later clarified that the state would take a “wait and see approach” towards a possible future shelter-in-place order.

Several abortion providers in Texas, including Planned Parenthood and the Center for Reproductive Rights, promised to fight back on behalf of their patients, announcing they were filing a federal lawsuit against the state in order to continue offering abortion care.

“It’s unconscionable that the Texas Attorney General is exploiting this pandemic to end abortion in the state,” said Nancy Northup, president and CEO of the Center for Reproductive Rights, in a statement. “Abortion care is time-sensitive and essential health care that has a profound impact on a person’s health and life, which is why it is protected as a constitutional right. Texas is abusing the state’s emergency powers and we are filing suit today to stop it.”

Author and abortion rights activist Robin Marty explained how easily the legal right to abortion was pushed aside during the pandemic in an op-ed for Time Tuesday:

In the end, it didn’t take the Supreme Court to end Roe. All it took was one public health crisis to show exactly what we already knew: as long as abortion as a legal right is centered on the clinic or medical person providing it — not the person seeking to end the pregnancy — it is a “right” that could easily be ripped away just by ending the ability to provide that care.

Abortion rights groups also decried a provision in the Senate coronavirus relief bill which would expand the Hyde amendment, which bans federal taxpayer dollars from funding abortion care. The funds in the bill are meant to help local, state, and tribal health officials meet their health care needs however they see fit, however the Hyde language places an unneeded restriction on those funds.

“Our communities across the country are doing everything we can to keep ourselves and our families safe, and our elected officials should be doing the same — not blocking health care for communities that already face significant barriers,” Kelsey Ryland, director of federal strategies for reproductive justice advocacy group All* Above All told Vox in a statement.

While Republicans accused House Democrats of inserting progressive political goals, such as parts of the Green New Deal, into the House’s latest coronavirus bill, social conservatives seem to be pushing for a much broader array of policies, even beyond limits on reproductive health access.

In Idaho, the state legislature passed the first two state-level anti-transgender bills in the country last week, even as the pandemic continued to spread. HB 500, which bans trans girls and women from high school and college women’s sports, and HB 509, which bans gender changes on birth certificates issued in Idaho, both passed the legislature and were sent to Gov. Brad Little’s desk. The deadline for either signing or vetoing the bills was extended to March 31, which just so happens to be International Trans Day of Visibility.

The governor hasn’t signaled whether or not he will sign the bills, but five former Idaho state attorneys general urged him to veto the bills in an op-ed earlier this month.

The South Carolina state legislature scheduled a hearing for March 19 on a bill that would require high school trans athletes to compete in the gender designated on their birth certificate.

SOUTH CAROLINA: S1087, a bill that would require transgender student-athletes to compete according to their designation on their original birth certificate, is scheduled for a hearing tomorrow, 3/19.

They will try to do this while no one is looking.

The timing of the hearing meant that families with trans kids were forced to risk infection in order to travel to the state capitol to advocate for their own civil rights.

Elsewhere, the US Department of Justice filed a statement of interest in a federal lawsuit seeking to overturn the Connecticut high school athletic association’s transgender participation policy.

Wow. The Trump administration just filed a statement of interest in CT to argue that girls who are trans are “biological males” and it violates Title IX to protect trans people. The audacity. This is so cruel. pic.twitter.com/exsRc8goJg

In some cases, conservatives are using the pandemic itself to further their long-stated goals, especially in restricting access to abortion care. In others, like their anti-trans actions, they’re moving quickly to pass their agenda while everybody else is rightly focused on dealing with the pandemic.

Either way, a pandemic is no time to be taking decisive political action on long-standing and highly contentious social issues.