Israel’s Jewish and Palestinian communities looked past each other until violence and bloodshed forced a reckoning. … 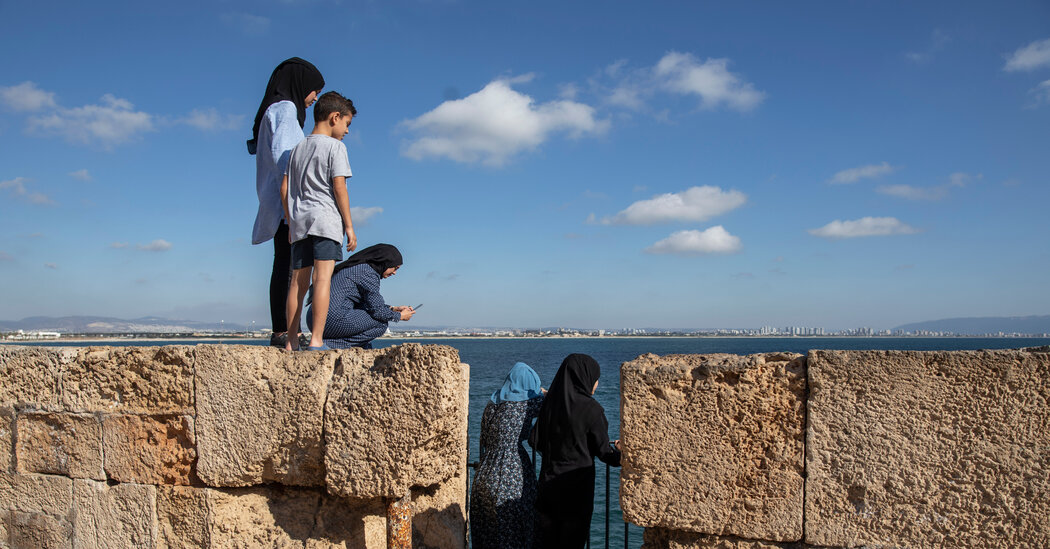 Mr. Sweetat is prepared to make compromises in a land where few are ready to do so. He believes cooperation in pursuit of shared prosperity, however difficult, is the only way forward. “If we don’t like it,” he said, “we can pack our bags and go to Switzerland.”

I asked him if he felt like an equal citizen in Israel.

“Of course, I don’t feel equal,” he said, “but I can achieve everything I want.”

Still, he said, “I don’t see new Arab villages being built. I don’t have enough space in my own village. I wanted to buy a piece of land near Tarshiha, but I couldn’t. I want my son, who is 2, to grow up here. Ask the country why I can’t find land here.”

“So, you can’t achieve everything you want?” I asked.

“There are things you can’t change, but we can improve them. The change can start from people.”

When Tal Becker, the legal adviser to the Israeli Foreign Ministry, drafted the preamble to the normalization treaty between Israel and the United Arab Emirates last year, he expected pushback on this clause:

“Recognizing that the Arab and Jewish peoples are descendants of a common ancestor, Abraham, and inspired, in that spirit, to foster in the Middle East a reality in which Muslims, Jews, Christians and peoples of all faiths, denominations, beliefs and nationalities live in, and are committed to, a spirit of coexistence.”

There was no dissent, despite the fact that the wording made clear that both Jews and Arabs belong in the Middle East.

A widespread view among Palestinians and throughout the Arab world has long been, on the contrary, that Israel