Nearly 48 hours after the tell-all interview with Prince Harry and Meghan, Buckingham Palace issued a statement expressing sorrow and said “the issues raised, particularly that of race, are concerning.” …

“Harry, Meghan and Archie will always be much loved family members,” Buckingham Palace said at the end of the statement.

For some people, the interview, first aired in the United States on Sunday evening by CBS, offered a damning indictment of the royal family at a time when addressing racial inequality has commanded global attention. To others, it amounted to a slanted assault on an iconic British institution, with its beloved head, the queen, in the twilight of her reign and her husband in the hospital.

Amid news media reports of a palace in turmoil, with the queen demanding more time to craft a response, there was no shortage of voices from across the political spectrum. Mental health advocates, racial equality activists and even some members of Meghan’s family weighed in, notably her estranged father, Thomas Markle, who gave an interview to ITV’s Mr. Morgan, one of his daughter’s fiercest critics.

Speaking from his home in Rosarito, Mexico, Mr. Markle said the interview was the first time in four years that he had heard Meghan’s voice and that he had never met Harry or Archie. The two fell out after he spoke to the British tabloid press about her and, for health reasons, did not attend her wedding.

“I’ve never stopped loving my daughter,” he said. He said he had apologized but never heard back from the couple. “She has pretty much ghosted all of her family,” he said.

Mr. Markle said that he did not think the royal family was racist and that the comment on skin color could have just been “a dumb question from somebody.” He was giving interviews, he said, in an attempt to re-establish 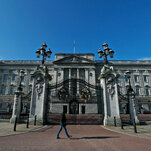