Sanders tops another poll just before the Iowa caucus 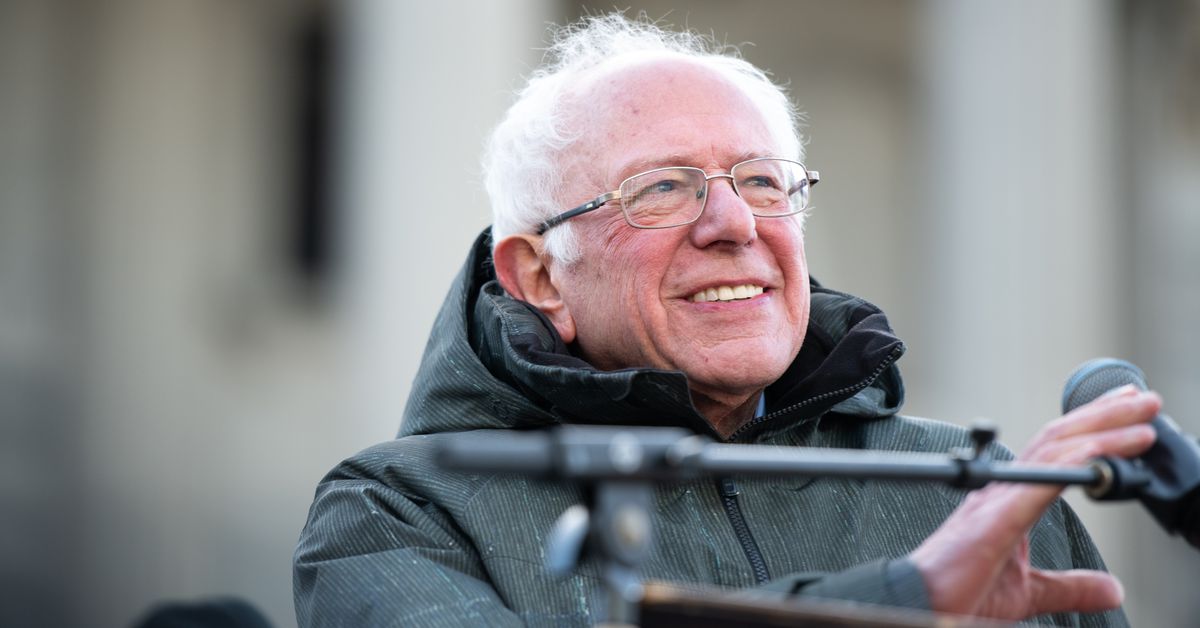 With the 2020 Iowa caucus just over one week away, Sen. Bernie Sanders (I-VT) has another favorable Iowa poll under his belt — one in which he’s leading the field by 7 percentage points.

Sen. Elizabeth Warren (D-MA), who Siena pollsters found leading the field in October with 22 percent support, saw her polling fall to 15 percent. Sen. Amy Klobuchar (D-MN), who has seen some increase in her level of support nationally and in early states in recent weeks, was found to be fifth in the state, with 8 percent support. The poll’s margin of error is 4.8 percentage points.

This isn’t the first time Sanders has topped a recent Iowa poll: a Des Moines Register poll released two weeks ago showed Sanders with 20 percent support, 5 percentage points higher than the previous Register poll. He was followed by Warren at 17 percent, Buttigieg at 16 percent, and Biden at 15 percent.

And as Vox’s Ella Nilsen has reported, Sanders seems to be having a moment: He led a national poll for the first time last week, coming in 3 percentage points above habitual national frontrunner Biden, and a January New Hampshire poll conducted by WBUR released Thursday found him first in that state as well, leading the field by 12 percentage points.

That being said, it’s important to note that Iowa caucusgoers — and New Hampshire voters — are notorious for waiting until the last minute to make up their minds, which means that the results of the primary are far from set in stone. Saturday’s Siena poll, for instance, found 39 percent of likely caucusgoers said they haven’t yet made their minds up, a portion of the electorate so large it would be wrong to say there is a definite frontrunner — for now.

Biden and Buttigieg’s levels of support among Iowans remained completely stagnant between October and January, according to the Siena pollsters — what changed were Sanders and Warren’s numbers, with Warren’s loss appearing to be Sanders’s gain.

This reversal of fortune follows a public feud between the two progressives about whether Sanders told Warren he believed a woman couldn’t win the presidency in 2020. Sanders and his allies claim the senator from Vermont said no such thing; Warren and her allies say he did.

While tensions over that disagreement seem to have receded some, Siena pollsters found the issue is still weighing on the minds of Iowans — 38 percent of likely caucusgoers said a woman would have a harder time beating President Donald Trump than a man.

Working in Warren’s favor, however, is that she is still the top second choice for likely caucusgoers — an important metric because caucusgoers whose first choice does not win at least 15 percent of the caucus in a given district are asked to caucus for their second choice.

And the survey found Sanders has some challenges to surmount as well, particularly the fact he labels himself a Democratic socialist. In an election cycle in which voters routinely tell pollsters the criteria they consider most when selecting a candidate is that person’s ability to defeat Trump, 56 percent of those surveyed said they felt it would be harder for a Democratic socialist to defeat the president than other types of Democrats.

All this suggests that while Sanders is clearly doing well in the state, his victory isn’t assured. The race still has four frontrunners in Sanders, Biden, Buttigieg and Warren. But Sanders’s recent surge — coupled with his robust outreach to long-neglected communities — sets him up well for February as the first caucuses and primaries begin, as Vox’s Ella Nilsen has reported:

If his campaign can turn out Iowa’s sizable Latino population and working-class voters, Sanders is bullish about winning the February 3 caucuses. That could shift the ground here in New Hampshire favorably for him — and with a robust operation in key Western states like Nevada and California, two decisive wins in the earliest states could put Sanders well on his way to the Democratic nomination.

Even more importantly, they could prove Sanders’s theory of winning elections: expanding the electorate and getting traditionally neglected groups to turn out. Some might call it a political revolution.