Scarlett Johansson defends her desire to play any person, any race, or “any tree” she wants 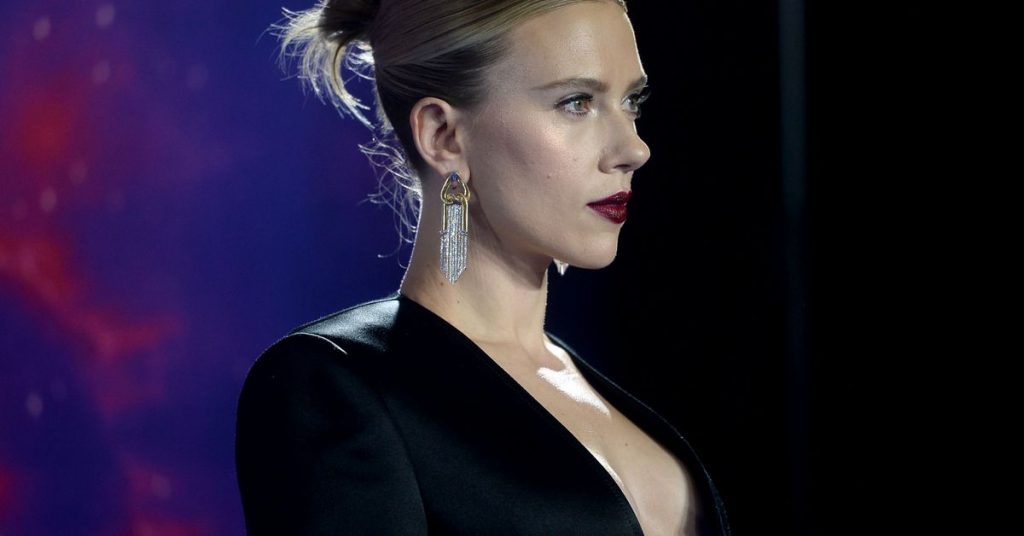 Scarlett Johansson is an accomplished actress, with a Tony Award and major box office successes to her name, from Lost in Translation to Avengers: Endgame. But her track record is dicier when it comes to some of the roles she’s chosen to play. Despite facing criticism in the past for accepting a role as a transgender man and starring as a Japanese woman in 2017’s Ghost in the Shell amid cries of whitewashing, Johansson has pushed back against those who would challenge her commitment to supporting diversity and inclusion in Hollywood, by suggesting she should be allowed to play anyone or anything — backlash and “political correctness” be damned.

In the August issue of the arts and culture magazine As If, Johansson discussed what she finds to be a discomforting “trend” in casting, one that encourages routine interrogation of who can play what types of roles and advocates for diversity and inclusion both onscreen and off.

“Today there’s a lot of emphasis and conversation about what acting is and who we want to see represent ourselves on screen,” she told interviewer and artist David Salle in the article, published July 11. “The question is, what is acting anyway?”

Johansson then proceeded to answer her own question: “You know, as an actor I should be allowed to play any person, or any tree, or any animal because that is my job and the requirements of my job,” she said

Johansson also seemed to allude to backlash over her own role choices in the past. “I feel like [political correctness is] a trend in my business and it needs to happen for various social reasons, yet there are times it does get uncomfortable when it affects the art because I feel art should be free of restrictions.”

After the interview began to circulate online, Johansson’s desire to “play any person, or any tree, or any animal” drew both mockery and disapproval on social media. Due to her history with taking roles centered on marginalized identities despite a well-known lack of representation of those identities on screen — and despite the scarcity of leading roles for actors from those identities — Johansson’s comments rang as insensitive to many.

When trans people are “allowed to play any person,” when prominent roles stop being whitewashed, then Scarlett Johansson can have a moan. Until then, please spare us your “political correctness gone mad” bullshit https://t.co/OZ8QUTuj9j

When a black woman was cast to play Ariel, it was completely acceptable and still is because mermaids are not real. However, Scarlett Johansson playing a transgender man is taking a role away from a minority that is real and is underrepresented. Do not compare the two.

“or any tree” is the new “I don’t care if you’re black, white, brown, purple, polka-dotted…” https://t.co/HpAUzvNbjW

I’ve been on edge for two days. How can I walk outside without fear knowing that any one of these trees could really be Scarlett Johansson

On July 13, Johansson issued a statement to the Hollywood Reporter in an attempt to clarify her comments. Her words were taken out of context for the sake of “clickbait,” she said.

“I personally feel that, in an ideal world, any actor should be able to play anybody and Art, in all forms, should be immune to political correctness. That is the point I was making, albeit didn’t come across that way,” Johansson’s statement read.

Instead of clarification, her statement sounded more like a reiteration of her previous comments. Once again, Johansson suggested that political correctness — which she seemed to define as a criticism against casting that prioritizes white, cisgendered actors even to play characters of color or characters from marginalized identities — restricts art. But to her credit, she also acknowledged that the film industry often struggles to cast actors who aren’t white and cisgendered, no matter the role.

“I recognize that in reality, there is a widespread discrepancy amongst my industry that favors Caucasian, cisgendered actors and that not every actor has been given the same opportunities that I have been privileged to,” she said. “I continue to support, and always have, diversity in every industry and will continue to fight for projects where everyone is included.”

Without the context of Johansson’s own career choices, her statement reads as well-intentioned. But many critics have noted that it nonetheless seems disingenuous in light of Johansson’s involvement with past casting controversies.

Johansson starred in the 2017 Hollywood adaptation of Ghost in the Shell, an iconic, acclaimed anime film and subsequent television series that began in the 1990s. Johansson played its leading cyborg action hero, Major Mira Killian, who at the beginning of the story is a robot with no discernible ethnic identity. But by its end, Mira taps into her memories of life before she became a cybernetic creature, back when she was a human being. Her name then was Motoko Kusanagi, and Ghost in the Shell explicitly refers to and characterizes her as a Japanese woman. Killian embraces her original identity, and in so doing is effectively categorized as Japanese.

That story read especially poorly in concert with reports of how the film used CGI to make its predominantly non-Japanese cast appear “more Asian.” Johansson defended herself against cries of whitewashing in an interview with Marie Claire in 2017, saying that “I certainly would never presume to play another race of a person. Diversity is important in Hollywood, and I would never want to feel like I was playing a character that was offensive.”

But reviewers still found Johansson’s involvement in the film to be offensive, and her choice to take the role has led to increased scrutiny of her work ever since. When Johansson joined the film Rub & Tug last July, in the lead role of the leader of a prostitution ring, similar complaints arose. Her character was a transgender man, based on a real-life figure.

“Rub & Tug is based on the story of Dante ‘Tex’ Gill, a transgender man who was a proprietor of several massage parlors in 1970s Pittsburg[h] that were actually fronts for prostitution,” Out magazine wrote in July 2018, after Johansson was cast. “While the details of Gill’s transition are murky, it’s clear that he lived and presented as male — so why exactly is a cisgender woman playing him in a film?”

“Hollywood is so fucked…,” tweeted transgender actress Trace Lysette, who starred on Transparent, at the time. “I wouldn’t be as upset if I was getting in the same rooms as Jennifer Lawrence and Scarlett for cis roles, but we know that’s not the case. A mess.”

When asked to comment on her casting, a spokesperson for Johansson told Bustle that naysayers “can be directed to Jeffrey Tambor, Jared Leto, and Felicity Huffman’s reps for comment,” referencing three cisgender actors who have played transgender characters and earned awards recognition for their performances.

That elicited more complaints, and Johansson later offered a fuller statement in which she announced she had withdrawn from the project. “While I would have loved the opportunity to bring Dante’s story and transition to life, I understand why many feel he should be portrayed by a transgender person, and I am thankful that this casting debate, albeit controversial, has sparked a larger conversation about diversity and representation in film,” she said.

Her participation in the conversation continues, but so does its inefficacy. When cisgender actors like Tambor, Leto, Huffman, and Johansson are cast to play transgender characters instead of actual transgender actors, it reinforces the flaws of a broken system. The same goes for whitewashing, exemplified by Johansson and peers like Emma Stone, who controversially played a part-Chinese, part-Hawaiian woman in the 2015 box office bomb Aloha.

Philosophically, anyone should be able to play anyone, sure. But the truth is that Hollywood clearly doesn’t subscribe to that idea on a broad basis; instead, it’s white people who can seemingly play anyone. Achieving the “ideal world” Johansson speaks of, one where “any actor should be able to play anybody,” will require actors like Johansson herself to be vocal in their support of more inclusive casts and to show their support in their actions and via the roles they play, rather than in empty platitudes.