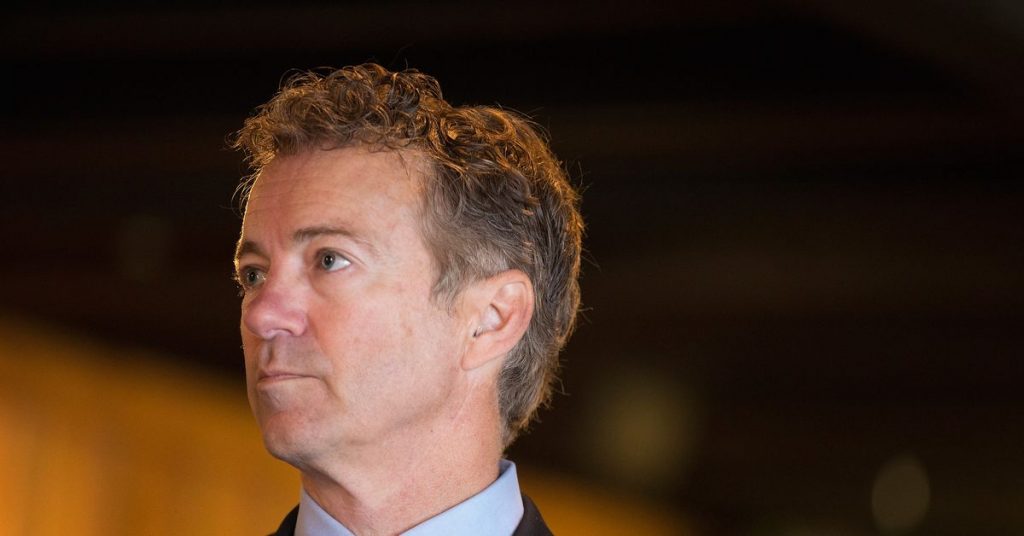 It looks like Senate Democrats now have the votes they need to pass a resolution that would block President Donald Trump’s national emergency declaration to fund his border wall.

Four Republicans — Sens. Susan Collins, Thom Tillis, Lisa Murkowksi and Rand Paul — have said they plan to vote in favor of terminating the national emergency, giving Democrats the 51-vote majority they need to approve the resolution in the upper chamber.

Republicans hold a bare three-seat majority in the Senate, which means Democrats must stay united and peel off at least four Republicans (Vice President Mike Pence could come in with a tie-breaking vote) to pass this measure. Paul announced this weekend that he intends to vote to block the emergency, making him the fourth Republican to do so.

And he’s far from the only one who could still go against Trump. In addition to the Republicans who’ve already said how they plan to vote, Democrats are watching a number of others who could cross the aisle, many of whom cited concerns about the declaration’s constitutionality and the precedent it could set for future presidents, Politico reports.

This resolution — which has already passed the House — gives Congress the ability to end the emergency. Since Trump is set to veto it, however, it’s not expected to ultimately go into effect.

Despite this likely outcome, a congressional rebuke of Trump’s actions would be significant and highlight how many members of his own party also disagree with his actions. What’s more, it’s unclear if Trump would actually follow through on a veto, since he has yet to use his veto powers in his presidency.

It remains to be seen just how many Senate Republicans will also come forward on the matter, but here’s a rundown of lawmakers to watch.

Republicans who will likely vote to terminate the emergency

Susan Collins (ME): Collins was the first Republican to say she would back a resolution blocking the emergency. “If it’s a ‘clean’ disapproval resolution, I will support it,” she said recently, according to an Associated Press report.

Thom Tillis (NC): Tillis outlined his reasons for backing a resolution terminating the emergency in a recent Washington Post op-ed. Tillis, especially, emphasized that this declaration could open the floodgates for the use of national emergencies down the line.

Lisa Murkowski (AK): Murkowski indicated that she is “likely” to support a resolution blocking the emergency, a sentiment she expressed in a recording obtained by the Associated Press. “I want to make sure that the resolution of disapproval is exactly what I think it is, because if it is as I understand it to be, I will likely be supporting the resolution to disapprove of the action,” she said.

Rand Paul (KY): Paul has said he was “disappointed” with the president’s decision to go this route and this weekend announced that he would vote in favor of a resolution terminating the emergency. “I can’t vote to give the president the power to spend money that hasn’t been appropriated by Congress,” he said during a Saturday speech, The Bowling Green Daily News reports. “We may want more money for border security, but Congress didn’t authorize it. If we take away those checks and balances, it’s a dangerous thing.”

Republicans on the fence

Lamar Alexander (TN): Alexander laid out an alternative option for the Trump administration on Thursday: find the money for the wall elsewhere, he suggested.

“I want to make a respectful suggestion, and that is this: that President Trump ask his lawyers to take a second look at an existing funding authority that the president has to consider construction of the 234 miles of border wall that do not require a formal declaration of a national emergency,” he said in a floor speech. If the Trump administration did this, it may not even have to face a failed vote on the emergency, he seemed to indicate.

Alexander, however, did not say just exactly how he’ll vote, according to BuzzFeed News. “I learned a long time ago in the United States Senate, it’s not wise to announce how you’ll vote on a vote you may never have to take,” he told reporters.

Roger Wicker (MS): Before Trump declared a national emergency, Wicker was among the Republicans who expressed misgivings about using this tactic to obtain funding. “I would be inclined to vote for the resolution of disapproval,” Wicker said in an interview with HuffPost earlier in February. He hasn’t offered an update since.

Marco Rubio (FL): Rubio was among the first Republicans to highlight challenges a national emergency declaration could pose the president, noting that it could clash with Congress’s Constitutionally-designated “power of the purse.” “We have a crisis at our southern border, but no crisis justifies violating the Constitution,” Rubio previously said in a statement. “Today’s national emergency is border security. But a future president may use this exact same tactic to impose the Green New Deal.”

Rubio hasn’t said how he’ll vote on a resolution yet, however.

Mitt Romney (UT): Romney has also indicated that he is not fully on board with the national emergency, though he’s said he needs to finish reviewing the resolution between deciding on a vote. “I do not believe declaring a national emergency is the right approach,” Romney has said in the past, according to The Salt Lake Tribune.

Others potential GOP swing votes include Jerry Moran (KS), Mike Lee (UT), and Cory Gardner (CO), according to the Hill and Politico.

The Senate needs to vote on the resolution within 18 days of receiving it from the House, given the procedure outlined in the National Emergencies Act.

Since the House just passed the resolution last Tuesday, there’s still some time before Senate Republicans will have to make their final decision.