“Send her back!” Trump’s attacks on Ilhan Omar — and the response to them — represent a new low 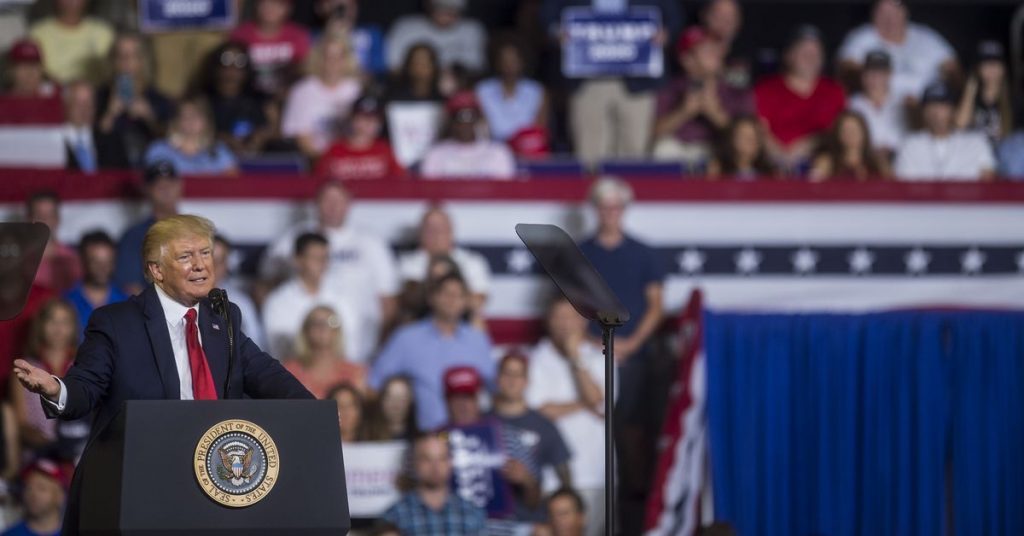 Rep. Ilhan Omar (D-MN) is a Somali refugee who became a US citizen. Last November she was elected to Congress by an overwhelming majority of voters in her Minneapolis district. Her story embodies elements of the American dream.

But Omar is also an outspoken critic of President Donald Trump. And last Sunday, Trump lashed out at her and other Democratic congresswomen of color in a string of tweets in which he told them to “go back and help fix the totally broken and crime infested places from which they came.” The subtext, in Omar’s case, was clear — the president was suggesting she go back to Somalia.

During Trump’s rally on Wednesday evening in Greenville, North Carolina — following two days in which Trump doubled and tripled down on the racist attacks he made against Omar and other Democratic congresswomen of color — Trump fans expressed their full-throated agreement with the president. After Trump spent some time smearing Omar, going as far as to baselessly suggest she supports al-Qaeda, chants of “send her back” broke out. Trump basked in them.

Trump fans eventually break out in “send her back!” chants directed toward Ilhan Omar, a Somali refugee who serves in Congress who Trump viciously smeared. pic.twitter.com/LX3eAEkfci

That Trump’s fans are fully on board with his racism isn’t surprising — polling conducted following Trump’s latest racist attacks indicated his approval rating among Republicans rose after he made them. But the moment is an indication of how ugly the 2020 campaign might get, especially amid reports Trump views making racist attacks on Democratic women of color as a way to drive up turnout among white grievance voters, and thus as a key part of his reelection strategy.

Trump’s attacks on Omar at the rally weren’t even the first he made on one of America’s first Muslim congresswomen Wednesday evening. Before leaving the White House for North Carolina, Trump took a question from a One America News Network reporter who asked him if he suspected Omar committed immigration fraud when she came to the United States. Trump responded by saying, “There’s a lot of talk about the fact that she was married to her brother. I know nothing about it … I don’t know but I’m sure that somebody would be looking at that.”

Days suggesting Ilhan Omar should go back to Somali, Trump spreads unfounded conspiracy theories about her: “There’s a lot of talk about the fact that she was married to her brother. I know nothing about it … I don’t know but I’m sure that somebody would be looking at that.” pic.twitter.com/XapFKFgEXH

While Omar’s marital history has come under suspicion, reporters who have investigated it haven’t confirmed allegations she married her brother. But as we learned in the cases of the Central Park Five and President Obama’s birth certificate, Trump isn’t one to let evidence get in way of his efforts to smear people of color.