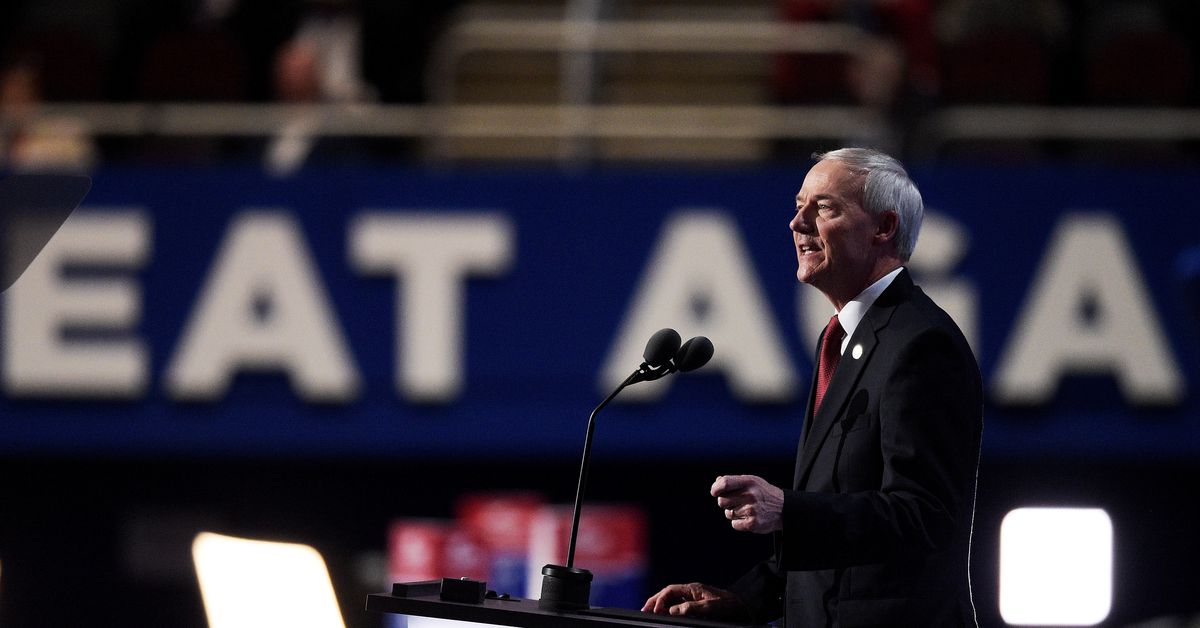 Even as most of America shelters in place to halt the spread of coronavirus, a handful of governors have resisted the trend and declined to issue stay-at-home orders or comparable sweeping measures.

Arkansas’s Asa Hutchinson, governor of one of the holdout states, appeared on CNN’s State of the Union Sunday morning and defended his approach as a form of watchful waiting.

“If we need to do more, we will do more,” he said. “So that’s always an option on the table if we have to shelter in place. But right now, what we’re doing proves to be successful, this targeted approach.”

The outbreak in his state is currently not bad, in other words, and if it gets bad he can always change his mind. This is true in a broad sense, and in fact his state has about 1,200 confirmed cases as of April 12. But given the virus’s exponential growth rate and potentially asymptomatic transmission, it’s a dangerous approach.

People in Arkansas could be infecting others now, and those infections — as well as spread resulting from those infections — wouldn’t be apparent for weeks. And as jurisdictions from Wuhan to Lombardy to New York have shown over and over again, bending the coronavirus curve is a relatively slow process. If you wait until the epidemic is already raging out of control, a lot of people end up dead before sterner measures take effect.

CNN reports that Hutchinson believes the low population density in Arkansas offers the state a measure of protection from the epidemic.

Density has been widely cited by officials in New York City as an explanation for why the outbreak there got so out of control. And, indeed, New York is America’s densest city. On the other hand, the second-densest city, San Francisco, is widely cited as a model of successful policy response. The hotspot cities of Detroit and New Orleans are not particularly dense, and hard-hit Spain and Sweden are some of western Europe’s least-dense countries. Meanwhile, East Asian countries like South Korean and Taiwan are dramatically denser than any Western country, yet have controlled the outbreak much more successfully.

All this suggests it is unwise for a leader to rely on density alone to shield a population from the virus. But, Hutchinson also noted Sunday that it’s not as if Arkansas isn’t doing anything.

Schools are closed throughout the state, Walmart and major white-collar employers have told staff to work from home, and Tyson Foods has installed a temperature check protocol at its processing plants. Beyond institutional responses, individual Arkansans are also taking steps to protect themselves.

“We have masks and social distancing,” Hutchinson told CNN. “And the people of Arkansas have embraced that.”

It’s certainly possible that these steps will work — rigorous application of hand-washing, mask-wearing, school closures, and informal distancing could keep Arkansas safe especially since few people are traveling these days. That said, the entire nation of Japan pursued this strategy, and while it seemed to be working for a while, it eventually led to a huge spike in cases.

Too little, too late

The basic problem with watchful waiting is one seen time and again in jurisdictions with failed responses to Covid-19.

Unlike Ebola, which is extremely deadly but hard to spread, the SARS-CoV-2 virus that causes Covid-19 appears to spread very easily while being only moderately deadly. That means that absent comprehensive testing and surveillance systems — things no US state has — by the time you notice a lot of people showing up at hospitals with serious Covid-19 cases, you have an order of magnitude more people bouncing around your community spreading virus everywhere. Since cases grow exponentially, your health care system can get rapidly overwhelmed, at which point the case fatality rate spikes because patients can’t be treated as carefully.

That Arkansas doesn’t have packed subway trains perhaps helps mitigate the risk. But Albany, Georgia, saw a massive outbreak driven by a super-spreading event at a funeral. And concerningly, even though Arkansas is a low-density state, it has an above-average level of crowded housing since it’s also a low-income state.

In other words, Hutchinson is running a huge risk of ending up caught behind the curve despite ample warning from experiences in other states and cities. If grassroots social distancing is sufficiently widespread, it might work out in the end after all. But the idea that you don’t need to lock down now because you can do it later instead is one that’s proven dangerously misguided.