Survey: the epidemic of teen vaping continues to surge, unabated 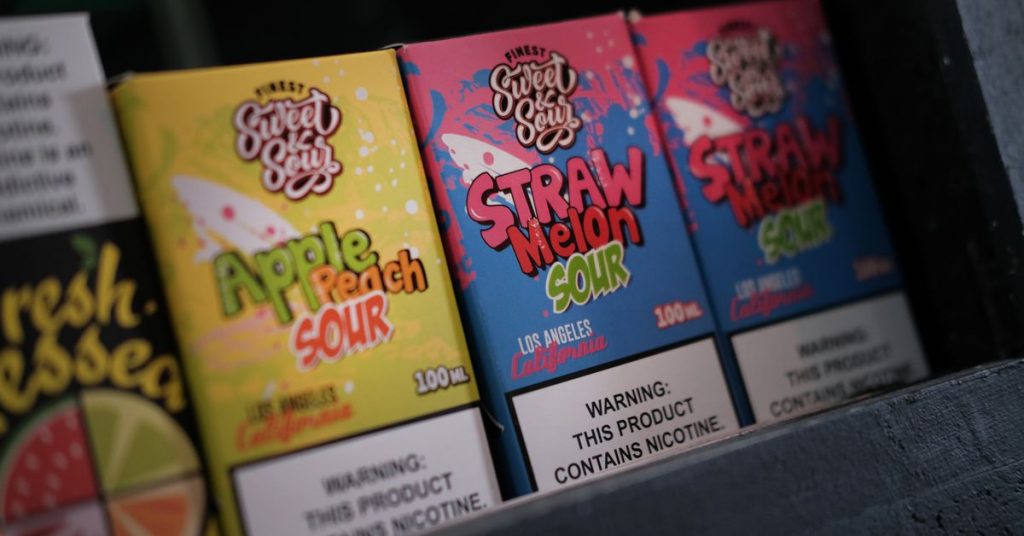 Vaping was introduced into the US market as a tool for helping adult smokers quit. But that’s not who has been buying e-cigarettes in mass.

The latest survey data on adolescent e-cigarette use, published this week in JAMA, shows another year-on-year surge in nicotine e-cigarette use among teens.

According to the survey findings, 28 percent of high school students reported using nicotine e-cigarettes in the past 30 days this year — up from just over 20 percent in 2018. Among middle schoolers, that rate rose from 5 percent in 2018 to 11 percent in 2019. The figures are “particularly concerning given relatively high exposure to nicotine through the use of nicotine salt–based e-cigarette products such as Juul,” the researchers wrote, “which was the most commonly reported brand among youth using e-cigarettes in 2019.”

Other recent studies have come to similarly alarming conclusions. Teen substance use survey data, published in the New England Journal of Medicine, recently found one in four 12th graders reported using nicotine e-cigarettes in the past 30 days. Among 10th graders, that rate is one in five, and among 8th graders, it’s one in 11. Between 2017 to 2018, the same survey found the number of high school seniors who say they vaped nicotine in the past 30 days had already doubled — from 11 percent to nearly 21 percent. That was the largest increase ever recorded in any substance in the survey’s 43-year history. It was also the same year Juul, a device that was marketed at youth, took over the greatest share of the US e-cigarette market.

So: At a time when smoking cigarettes was on its way out in youth, adolescents as young as 13 have picked up a new nicotine device — the long-term health effects of which remain a mystery.

Meanwhile, another recent study, in JAMA, shows e-cigarette use is staying stable or even declining in adults. Again, that’s the group that was supposedly the intended targets for e-cigarettes. Just 2 percent of adults ages 45 to 64 reported using e-cigarettes in 2018, according to the study. The number is even lower — 1 percent — for adults 65 and older.

The new youth survey data was released amid a vaping-related respiratory illness outbreak that’s killed 39 people across the country and more than 2,000.

Health officials don’t know exactly what’s causing the illness, but they do know all patients reported using e-cigarette products, and the majority had vaped THC-containing devices.

Another fact is also clear: The outbreak is mostly affecting young people. More than half of patients are in their late teens and 20s, the CDC has found.

The outbreak, together with the youth vaping data, prompted White House to announce in September that it’s planning to ban flavored e-cigarettes. Ahead of any federal action, Juul this week vowed to stop selling mint-flavored pods. In addition to the latest survey showing teens are increasingly using mint vapes, there’s ample evidence that flavors are among the top draws to e-cigarettes for adolescents.

“At this time, FDA and CDC have not identified the cause or causes of the lung injuries in these cases,” the agency said in a statement, “and the only commonality among all cases is that patients report the use of e-cigarette, or vaping, products.”

But even before the appearance of the mystery illness, researchers have been finding that vaping — while less dangerous than smoking — certainly isn’t risk-free. Though it’s long-term health effects remain unknown, it’s already been been tied to seizures, an increased risk in wheezing, and potential cardiovascular toxicity.

Recent studies have also shown that puffing on e-cigarettes increases concentration of these microscopic pollutants — in particular, PM2.5 and ultra-fine particles — in indoor environments. Researchers don’t yet know what risks e-cigarette aerosol particles carry, but these tiny particles have been studied extensively in the context of air pollution and tobacco smoking. In those studies, exposure to small particles has been linked with a range of bad cardiovascular outcomes, including heart attacks, high blood pressure, and coronary artery disease.

Looking for a quick way to keep up with the never-ending news cycle? Host Sean Rameswaram will guide you through the most important stories at the end of each day.

Subscribe on Apple Podcasts, Spotify, Overcast, or wherever you listen to podcasts.