Officials were trying to determine why the truck slid downhill from a construction site on Friday, resulting in the island’s deadliest rail disaster in decades. … 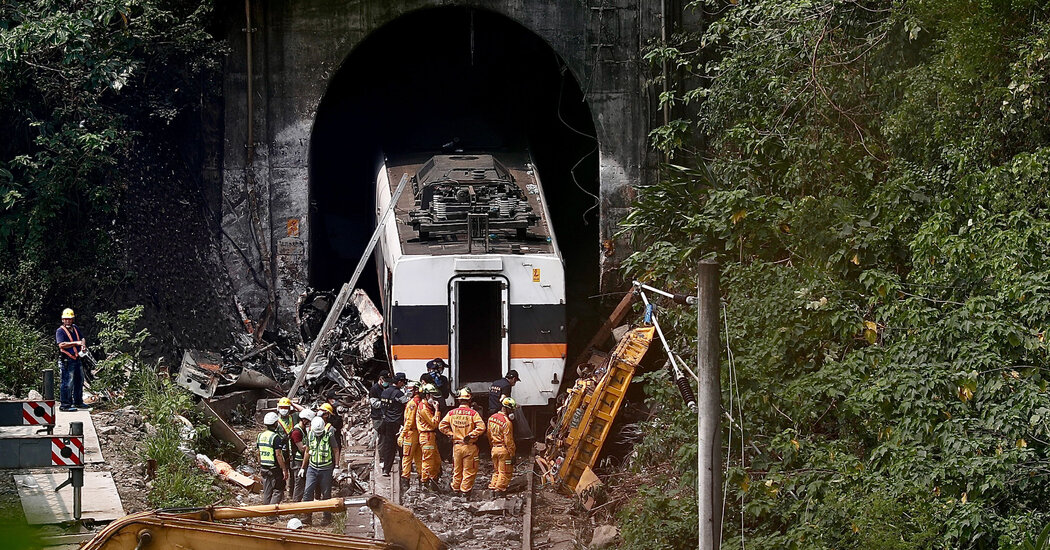 HUALIEN, Taiwan — Two days after Taiwan’s deadliest rail disaster in decades, investigators were working on Sunday to determine why a truck had slipped downhill from a construction site into the path of an express train, resulting in the collision and derailment that killed dozens of people.

The operator of the crane truck, Lee Yi-hsiang, was ordered detained on Sunday by a judge, who reversed an earlier decision to grant him bail. Mr. Lee, who has not been charged with a crime, told reporters he had caused the crash and said he would take full responsibility for it.

“I hereby express my deep regret and my sincerest apologies,” Mr. Lee said, his voice choking as he bowed in apology.

But investigators were still trying to determine whether Mr. Lee had neglected to use the emergency brake, or if the truck had malfunctioned in some way. Mr. Lee told reporters on Saturday that he had engaged the brake.

Other aspects of the disaster were also being investigated. Officials said they were trying to determine exactly when the driver of the train applied the brake before the collision.

Officials said on Sunday that 50 people had been killed in the crash of the eight-car Taroko Express, which derailed and slammed into a tunnel wall after hitting the truck on Friday. The train was packed, carrying 498 people on the first day of a long holiday weekend.

The authorities had previously put the death toll at 51. Identifying victims has been a slow and difficult process, and emergency personnel were still trying on Sunday to extricate wreckage from the tunnel and recover the remains of 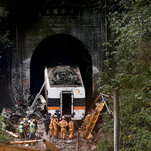