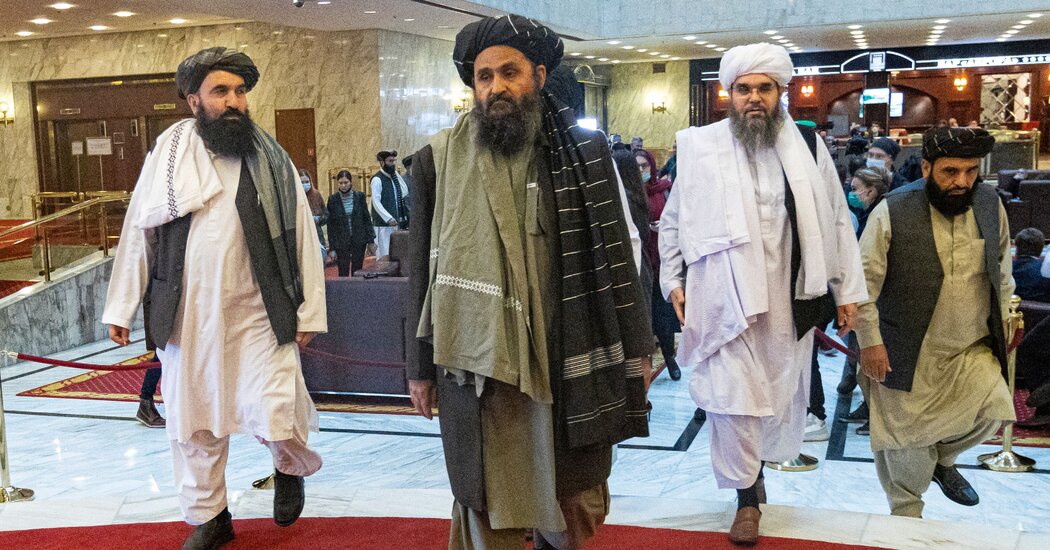 Since capturing Kabul, the Taliban have sought to rebrand themselves as more moderate, promising former rivals amnesty, urging women to join their government, pledging stability at home and trying to persuade the international community to see beyond a bloody past defined by violence and repression.

But many in Afghanistan and abroad are deeply skeptical of their professed transformation, recalling the Taliban’s mode of governance in the late 1990s, when they imposed a harsh interpretation of Islam that deprived women of basic rights like education and encouraged punishments like floggings, amputations and mass executions.

As the Taliban prepare the rough outlines of their new government, Mr. Baradar, one of the group’s founders, is emerging as a leader of what the group refers to as the Islamic Emirate of Afghanistan.

A longtime lieutenant to the Taliban’s founding supreme leader, Mullah Muhammad Omar, Mr. Baradar has a large and loyal following among the Taliban rank and file. He recently acted as chief negotiator in high-level peace talks in Qatar, where he presided over the agreement that cleared the way for the U.S. withdrawal from Afghanistan.

Understand the Taliban Takeover in Afghanistan

Who are the Taliban? The Taliban arose in 1994 amid the turmoil that came after the withdrawal of Soviet forces from Afghanistan in 1989. They used brutal public punishments, including floggings, amputations and mass executions, to enforce their rules. Here’s more on their origin story and their record as rulers.

Who are the Taliban leaders? These are the top leaders of the Taliban, men who have spent years on the run,