Texas may pass a “Save Chick-fil-A” bill 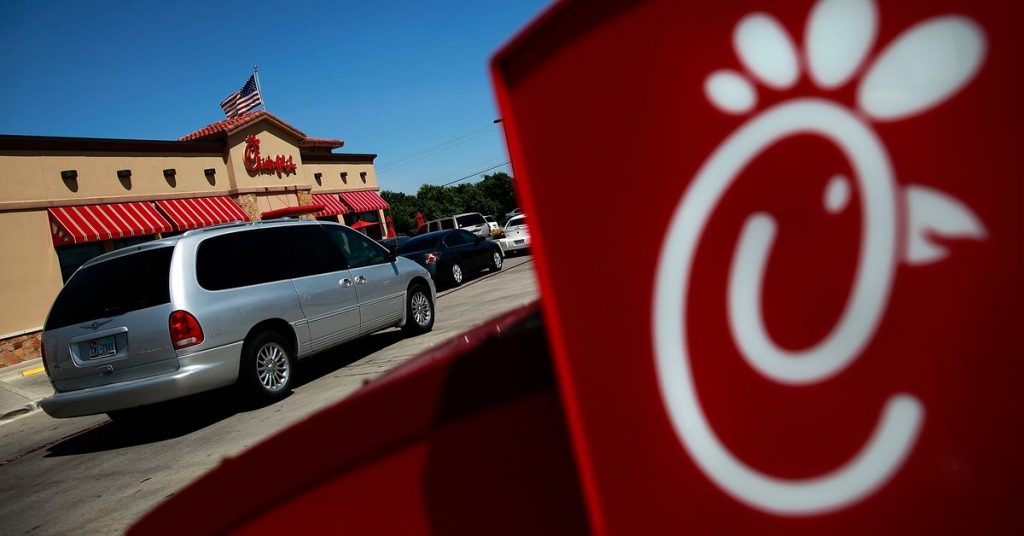 In March, the San Antonio City Council voted to remove a proposed Chick-fil-A location from its airport concession agreement, citing the fast food chain’s record of donating to organizations that discriminated against LGBTQ people. Now, conservatives in the Texas state legislature are trying to pass a law that would ensure something like that never happens again.

On Wednesday night, the state Senate passed a bill that would forbid the government from penalizing businesses (and individuals) on the basis of their charitable giving or religious affiliation, the Dallas Morning News reports. The bill, which supporters call the “Save Chick-fil-A bill,” now has to pass in the state Senate once more before moving to the House.

If it passes, the bill would prohibit any government entity from taking “adverse actions” against an individual or business for their “membership in, affiliation with, or contribution, donation, or other support to a religious organization.” It’s impossible to not see this bill as an explicit defense of Chick-fil-A, which continues to make headlines for its charitable donations to organizations that discriminate against LGBTQ people, including the Fellowship of Christian Athletes, a religious organization that requires its employees to refrain from “homosexual acts.” In March, ThinkProgress reported that Chick-fil-A continued to donate to such organizations despite claiming it would no longer do so.

The bill’s supporters say it’s a way for the state to protect the rights of businesses like Chick-fil-A. “I think you’ll find this is a reasonable response, this is a legitimate approach to defending First Amendment speech,” state Sen. Bryan Hughes told the Dallas Morning News.

But the bill’s opponents say it would give legal cover to those who discriminate against others based on their sexual orientation or gender identity. State Sen. José Menéndez told the News the bill wouldn’t just protect Chick-fil-A, but also hate groups like the Westboro Baptist Church. “These are the groups that we worry about getting protection in your bill,” Menéndez said. “These are the people who openly espouse their hatred for our citizens.”

Chick-fil-A, for its part, has claimed in the past that its donations to groups that discriminate against LGBTQ people shouldn’t be interpreted as homophobic. In March, a Chick-fil-A spokesperson told Vox that the “sole focus of our donations was to support causes focused on youth and education. We are proud of the positive impact we are making in communities across America and have been transparent about our giving on our website. To suggest our giving was done to support a political or non-inclusive agenda is inaccurate and misleading.”

In other words, Chick-fil-A wants to be able to continue to donate to the organizations it supports without being punished for it. The proposed legislation, meanwhile, would punish government entities for refusing to do business with companies that choose to align themselves with discriminatory organizations.

Want more stories from The Goods by Vox? Sign up for our newsletter here.