The conspiracy theories about the Clintons and Jeffrey Epstein’s death, explained 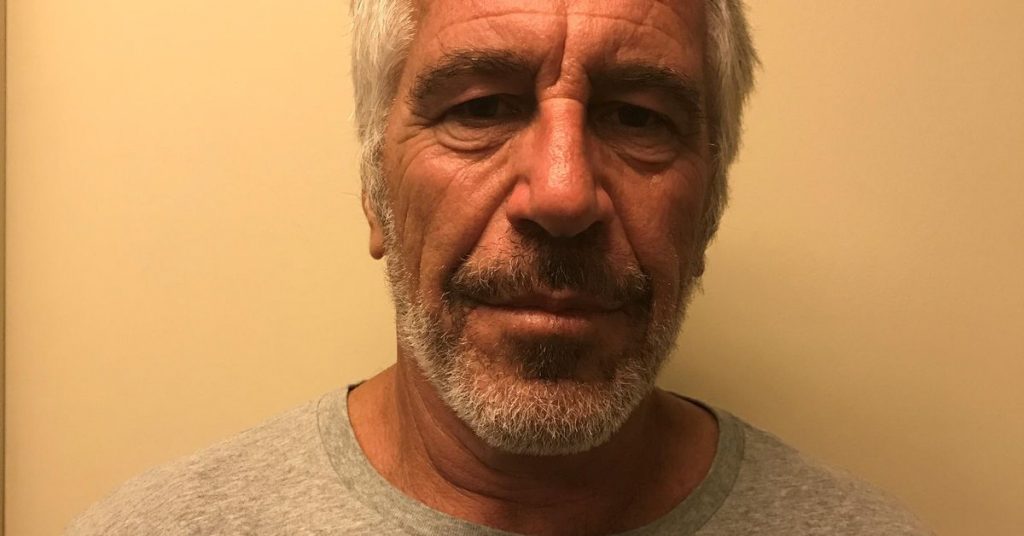 Within hours — maybe even minutes — of news breaking that hedge fund manager and convicted sexual predator Jeffrey Epstein died by suicide in his jail cell, discussion immediately turned to one of Epstein’s most powerful former friends: former President Bill Clinton.

As of this writing, “Clintons” is the number two trending term on Twitter, with basically every top tweet promoting, rebutting, or otherwise discussing conspiracy theories that Bill and/or Hillary Clinton had Epstein murdered. The hashtag #ClintonBodyCount blew up as well, complete with a competing #TrumpBodyCount hashtag popping up in response. And (naturally) right-wing conspiracy theorists are arguing that the latter hashtag’s popularity is a sign of Twitter’s left-wing bias:

The conspiracy theories even spread within the Trump administration. Lynne Patton, regional administrator at the Department of Housing and Urban Development in charge of New York and a former event planner for the Trump family with no prior experience in housing policy, posted a screenshot of a news story on Epstein’s death to Instagram with the caption “Hillary’d” and the hashtag #VinceFosterPartTwo.

To understand what’s going on here, you don’t just need to know about Epstein’s former friendship with Clinton (or with President Trump). You also need to understand the role that allegations of murder by the Clintons have played in right-wing fever swamps since the 1990s, beginning with the suicide of Vince Foster and continuing through to the completely random 2016 murder of Democratic National Committee staffer Seth Rich.

What is the “Clinton Body Count”?

According to a history and debunking first published by Snopes in 1998, the body count meme originated in 1993 with Indianapolis lawyer and militia movement activist Linda Thompson, who compiled a list of 34 people connected to the Clintons who had passed away and titled it, “The Clinton Body Count: Coincidence or the Kiss of Death?” William Dannemeyer, a notoriously homophobic then-retired Congressman from Orange County, California, picked up the list, trimmed it to 24, and sent it Congressional leadership in 1994 as he ran for the US Senate.

Thompson provided — by her own admission — “no direct evidence” that the Clintons were responsible for any of the deaths, and Snopes provides a comprehensive account of each death, most of which were easily explained heart attacks, plane crashes, or suicides.

The most notable name on the list is Vince Foster, the deputy White House counsel who died by suicide on July 20, 1993. Foster was a colleague of Hillary Clinton’s at the Rose Law firm in Little Rock, Arkansas, and came to Washington, DC as part of the crew of Arkansas loyalists who joined the Clinton administration. In the job, Foster helped conduct vetting of administration officials and said he felt like he had failed the president when Clinton’s first two picks for attorney general were forced to withdraw because of revelations that they hired undocumented immigrants.

Foster also became wrapped up in a scandal surrounding the firing of staff in the White House travel office and in legal disputes about access to records about Hillary Clinton’s health care task force, earning him a bevy of harsh Wall Street Journal editorials.

Overwhelmed by these circumstances, and clearly struggling from depression, Foster died by gun suicide. But almost immediately, conservatives jumped on the idea that Foster was murdered. Those fanning the flames included the Journal editorial board, National Review’s Richard Brookhiser, and then-Rep. Dan Burton, who tried to do some amateur ballistics research on the case by shooting a large fruit in his backyard. Reports differ as to whether Burton shot a watermelon, a pumpkin, or a cantaloupe.

Numerous investigations, as my colleague Matt Yglesias explains here, have found Foster died by suicide. But the eagerness of conservatives, both on the more conspiratorial right and in respectable places like the Journal editorial board (Brookhiser favorably reviewed a book casting doubt on the suicide investigation in the New York Times), to doubt those findings fed the idea of a “Clinton Body Count.” So in the future, when people connected to the Clintons died due to easily understandable causes (like former business partner Jim McDougal’s heart attack death in prison) their deaths became grounds for speculation.

The death of Seth Rich in 2016 was the next major event fueling Clinton Body Count conspiracies. Rich was a 27-year-old Democratic National Committee staffer who was shot in what police believed to be an attempted robbery in DC. But almost as soon as he died, Clinton haters seized on his death and tried to argue Hillary and/or Bill were responsible. After these rumors began, Julian Assange of Wikileaks gave the conspiracy theorists a motive by hinting that Rich, not Russian hackers, provided WikiLeaks with the DNC’s emails. Wikileaks then offered a $20,000 reward for information about Rich’s death. The implication was that Rich’s killing was punishment for leaking damaging internal emails.

This conspiracy theory was always absurd; there is copious evidence of Russian hacking, Rich had no access to all of the DNC’s internal emails, and he certainly didn’t have access to all the other information Russia recovered, like Clinton campaign chief John Podesta’s emails. The Rich family would eventually sue Fox News unsuccessfully for its efforts to spread the conspiracy theory.

But for Clinton Body Count conspiracy theorists, the incoherence of the theory in the Rich case was never an impediment. The Rich theory soon became part of the broader QAnon conspiracy theory, which is too byzantine to explain in detail here but which my colleague Jane Coaston summarizes as arguing, “special counsel Robert Mueller and President Donald Trump are working together to expose thousands of cannibalistic pedophiles hidden in plain sight (including Hillary Clinton and actor Tom Hanks).” Obviously, the victims of Clinton’s cannibalistic pedophilia would be additions to the body count.

How this fits in with Epstein

The Foster, Rich, and QAnon allegations are clearly absurd. And, we should be very clear, there is no firm evidence at this juncture to suggest that Epstein was murdered, let alone murdered by people with ties to the Clinton.

According to the Daily Beast’s Emily Shugerman, Epstein visited the White House for a donor event during Bill Clinton’s presidency and met with a White House aide several times there. Shugerman also unearthed a 1995 letter from businesswoman Lynn Forester in which she said she enjoyed briefly meeting Clinton at a recent event and used her “fifteen seconds of access to discuss Jeffrey Epstein and currency stabilization.”

Soon after Bill Clinton concluded his presidency in 2001, the ties deepened. Clinton entered a new stage of his career, in which he’d travel the world, launch philanthropic initiatives, hang out with rich people and celebrities, and make money.

“What attracted Clinton to Epstein was quite simple: He had a plane,” Landon Thomas Jr. wrote in that 2002 New York magazine profile. Clinton’s aide Doug Band made the introduction, and that September, Epstein and Clinton were off on a tour of five African countries, alongside actors Kevin Spacey and Chris Tucker. Per Clinton’s team, the trip was about “democratization, empowering the poor, citizen service, and combating HIV/AIDS.” (It was that trip that first elevated Epstein to some media notoriety, as journalists began to dig into Clinton’s new friend.)

That wasn’t the only trip. According to Clinton spokesperson Angel Ureña, in a statement last week, there was one more to Africa, one to Europe, and one to Asia — but, he says, Clinton and Epstein haven’t spoken in “well over a decade.”

Virginia Giuffre has said in an affidavit that Clinton was also present on Little St. James Island, Epstein’s private island in the US Virgin Islands. But so far, there has been no corroboration for this claim, and Ureña says Clinton has never been there.

Neither Giuffre nor any other Epstein accuser has alleged that Clinton had sex with them. Clinton was, however, credibly accused of rape by Juanita Broaddrick in the 1970s.

What makes the conspiracy theories so frustrating, in part, is that they’re premised on real elements: credible accusations of sexual misconduct against Bill Clinton, Bill Clinton’s real ties to Jeffrey Epstein, and Epstein’s own well-documented sex crimes. It doesn’t take incredibly inventive conspiracy theorizing to move from that to allegations that Clinton was part of Epstein’s sex abuse and from there to wild accusations that Clinton had Epstein killed.