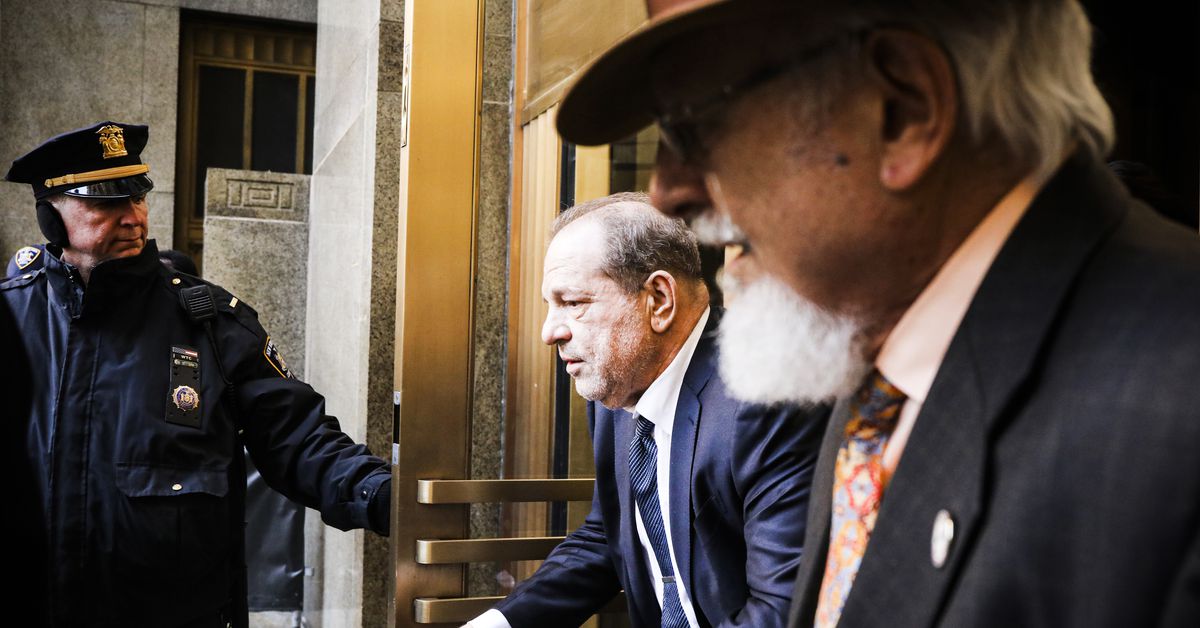 In the afternoon of their fourth day of deliberations, the jury in producer Harvey Weinstein’s sexual assault trial sent a note to the judge.

They wanted to know if they could deliver a verdict on some of the charges but fail to reach a decision on the others.

The jury’s request highlighted what’s become increasingly clear over the past week: that jurors have serious concerns over at least some of the charges brought against Weinstein. The prospect of a decisive conviction that would send Weinstein to prison for life seems less likely than it did when the jury began its task four days ago.

“It’s taking the jury a long time because they’re grappling with very weighty issues,” Cheryl Bader, a law professor at Fordham University and former assistant US attorney, told Vox. And at least as of now, some of the weightiest questions before the jury remain undecided. The jurors will go home for the weekend and start deliberating again on Monday.

The predatory sexual assault charges are more complex because they require the prosecution to prove that Weinstein had a history of sexual assault. To do so, they called as a witness actress Annabella Sciorra, who testified that Weinstein raped her in the 1990s. The statute of limitations on that allegation has passed, so prosecutors could not charge Weinstein in connection with Sciorra’s report alone. But in connection with Haley’s or Mann’s accusations, they used it to bring charges of predatory sexual assault.

Those are the charges on which the jury remains undecided, according to the note sent to the judge on Friday. Under the judge’s instructions, jurors are not supposed to consider the more serious charges unless they are ready to convict on the lesser ones. So the note may suggest that the jurors have already decided Weinstein is guilty of rape or a criminal sex act.

While we can never be sure what a jury is thinking, “the fact that they are deliberating over the predatory sexual assault charges suggests that they are inclined to convict on some of the lesser charges,” Michelle Madden Dempsey, a former prosecutor and law professor at Villanova University, told Vox.

In note to judge Weinstein jury says as of now it is hung on predatory sexual assault charges and unanimous on other two. They wouldn’t get to predatory sex assault charge without finding him guilty of one of the other charges. Suggesting he’s on verge of a conviction.

Still, as Bader notes, “we don’t know the jury’s process.” Jury deliberations are secret, so we don’t know what the jurors are thinking or saying to one another. We don’t know if they’re following the judge’s instructions or if they’re approaching the charges in a systematic way that would be easily understandable to outsiders.

From the questions they have sent to the judge, however, we can tell that they have a lot of interest in Sciorra’s testimony. They asked that her cross-examination be read back to them, along with testimony by actress Rosie Perez, who said that Sciorra told her in the 1990s that she had been raped by Weinstein.

It’s not clear why the jury had so many questions about Sciorra — and it’s worth noting that jurors had follow-up questions about Haley’s testimony as well. But Sciorra’s testimony is different from Haley’s and Mann’s in that the latter two women describe maintaining ongoing professional or personal relationships with Weinstein after he attacked them, while Sciorra does not (she does say that he stalked and harassed her for years after raping her).

Experts — including the forensic psychologist called by the prosecution — say it’s common for survivors to maintain a relationship with an attacker after a sexual assault. Sciorra’s testimony thus may be easier for the jury to “understand within their concept of a rape victim,” Bader said. Jurors may be “finding more common ground in her testimony and focusing on that first.”

It’s also possible, however, that jurors asked to review Sciorra’s testimony because some of them don’t find it credible — Jan Ransom of the New York Times reported that the note on Friday “suggested that one or some jurors did not believe Ms. Sciorra.”

Whatever the case, one thing is clear: the jury deliberations have already been a long, drawn-out process. They have gone on longer than the deliberations in Bill Cosby’s second sexual assault trial in 2018, which ended in a guilty verdict after about 14 hours. (The judge in Cosby’s first trial declared a mistrial after the jury failed to reach a verdict in six days of deliberations.)

While it’s still possible that the jury will return next week and find Weinstein guilty of predatory sexual assault, the prospect of a quick conviction on all counts has disappeared.

Regardless of what happens, the trial will have an impact on Americans’ understanding of sexual assault. “It’s important that the prosecutors pursued this case,” said Bader, even though they knew they would have to contend with misconceptions about how survivors behave after they are attacked, especially when Haley and Mann were cross-examined.

Prosecutors should be taking cases like the one against Weinstein even if they’re not guaranteed a win, Dempsey said. By taking such cases forward, “they allow not only the victims to have a day in court and the possibility that a perpetrator will be brought to justice, but they allow the broader community to engage in conversations about what behavior is appropriate,” she explained.

Weinstein still faces rape and sexual battery charges in Los Angeles, regardless of what happens in New York.

But the events of this week show that there’s a difference between a public reckoning and a criminal conviction. Even though the allegations against Weinstein helped propel the Me Too movement into its current place of prominence and launch a nationwide conversation around sexual assault, the process of actually meting out criminal consequences for those allegations is far from simple.