The History Behind ‘Mob’ Mentality

Why do some mass gatherings turn violent? Experts in crowd behavior say there’s still much to learn. …

At the same time, as a rule, impulsive violence is less likely to occur in crowds that have some social structure and internal organization. The protests of the civil rights movement were tactical and organized, as far back as the 1950s. So were many sit-ins in the 1960s and ’70s, against nuclear power and the Vietnam War. Windows were broken, there were clashes with police, but spontaneous mayhem was not the rule.

“During this era, you now have Kent State, urban riots, civil rights marches,” said Calvin Morrill, a professor of law and sociology at the University of California, Berkeley. “And the idea of the group mind does not give social scientists any room to explain the different levels of organization behind all those protests and what they meant. Ever since then, protests, whether nonviolent or not, have included tactics, strategy — and training — precisely to make sure the crowd does not lose its focus.”

The Rev. Dr. Martin Luther King Jr. personally trained many groups of Freedom Riders, detailing how best to respond to police provocation and what to say (and what not) if arrested. Those lessons carried forward. Many protesters at the Seabrook Nuclear Power Plant site in New Hampshire, in 1977, and at the Diablo Canyon Power Plant in California, in the late 1970s and early ’80s, had learned to go limp to avoid blows from police officers, and to wear boots rather than sneakers. (Sneakers slip off when you’re being dragged.)

Such training is not reserved to groups pledged to nonviolence, of course, and it includes specific roles for individuals with special skills, and a kind of middle-management layer. Protest groups bent on provocation, whether left-leaning or right, often include so-called violence experts — young men willing to 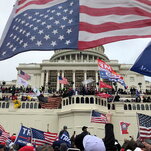