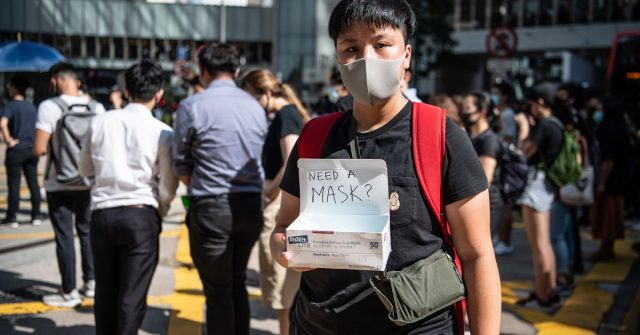 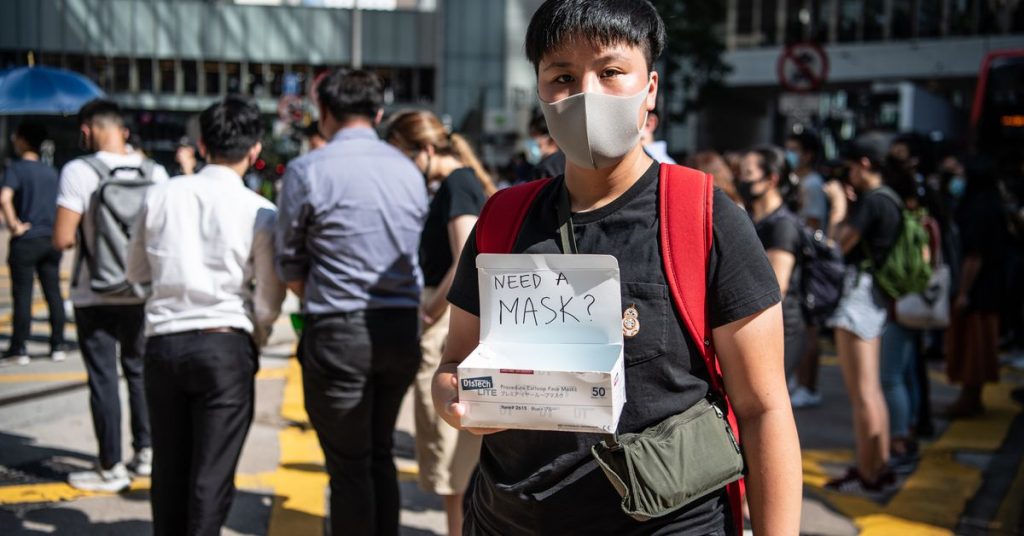 The Hong Kong government has invoked a colonial-era law to ban face masks in an attempt to crack down on the months-long protest movement that’s gotten increasingly tense in recent weeks.

Carrie Lam, Hong Kong’s embattled chief executive, announced the ban Friday. “The decision to enact an anti-mask law is not easy one, but it is a necessary decision considering the situation today,” Lam said at a press conference.

The law, which went into effect Saturday at midnight local time, bans protesters from wearing any sort of mask or face covering, including paint, at any public gathering, including both lawful protests and unlawful assemblies. Those who violate the ban could face up to one year in jail and a fine of HK$25,000 (about $3,200 US dollars), according to the Hong Kong Free Press.

The rule will exempt people who wear face coverings for their job or for religious reasons.

Lam relied on a 1922 law that gives Hong Kong’s leader additional powers in times of emergency. The statute predates the handover of Hong Kong — once a British colony — to the People’s Republic of China in 1997, and hasn’t been used since 1967, the Hong Kong Free Press reports. Lam denied that the face mask ban meant that Hong Kong was in a state of emergency, though she warned that “freedoms are not without limits.”

But so far, the ban has only galvanized those opposed to Hong Kong’s government. Protesters — in face masks, of course — continued to demonstrate after Lam enacted the ban. Protests broke out across Hong Kong Friday night into Saturday, with more businesses and transit stations vandalized, and clashes with police turned violent.

Demonstrators wear masks for both practical reasons — the masks protect against tear gas, which the police have used against protesters — and more symbolic ones.

Since the start of these protests in June, the movement has valued anonymity above all else. Protesters organize online and closely guard their real identities, and their disguises — whether face masks or hoodies or face paint — allow them to protest in public with less fear of reprisal from school or work or family. Masks also protect them from being recognized on CCTV cameras around the city, which could be used to identify them and arrest them. (The government argues that this allows the protesters to act with impunity.)

But given that masks are a defining element of the protests, it seems impossible to institute an all-out ban. It may deter some people from protesting, but it almost certainly isn’t going to prevent the most committed of the demonstrators. It also may have the effect of increasing solidarity against the government, as even those not actively participating in the unrest may view the Hong Kong government’s steps as far too harsh.

In other words, the measure is likely to infuriate the very protesters most likely to cause disruptions and chaos across Hong Kong, and it also makes their cause look more just, and necessary.

“This is adding fuel to the fire,” Fernando Cheung, a pro-democracy lawmaker, told the Washington Post. “People are already extremely angry at the police and the government for not responding to their demands.”

The Hong Kong protests intensified in June over a controversial extradition bill that would have allowed for people accused of crimes to be sent to face trial in mainland China, which many critics feared would allow Beijing to target dissidents and others critical of the Communist Party.

Hong Kong’s chief executive Carrie Lam formally withdrew the extradition law in early September after weeks of relentless protests. But by then, many pro-democracy protesters interpreted the concession as insufficient, as it came far too late and failed to address all of their grievances.

In addition to calling for an independent investigation into police tactics, protesters want all activists arrested to be freed with charges dropped. They are also demanding universal suffrage — a chance for Hong Kong to be able to fully elect its own leaders, outside the influence of Beijing.

The mask ban was quickly interpreted as another undemocratic move, and it once again puts the Hong Kong government in direct opposition with the protesters.

Beyond the streets, the mask ban is being challenged in Hong Kong’s court. The judges have denied an emergency injunction, so the rule has gone into effect. But it’s unlikely to be the end of the legal challenges.

Lam introduced the ban a few days after violent protests marred Beijing’s celebration of the 70th anniversary of the People’s Republic of China. President Xi Jinping presided over a huge military parade, meant to signal to domestic and international audiences Beijing’s growing role and prowess in the world. But the protests in Hong Kong tainted that commemoration, at least on the international stage, where protesters directly challenged China’s system.

Lam has denied that China influenced her decision to put the ban into place, but there’s a lot of skepticism about why the Hong Kong government acted in this manner, and why now. Some have speculated that this is a test case so Hong Kong can take harsher measures if it withstands legal and public challenges.

But nothing, to date, has really quelled the pro-democracy uprising in Hong Kong. Any concessions the Hong Kong government has made — including withdrawing the extradition bill that ignited the movement — have been met with still more resistance from activists, who want a fully functioning democracy and the preservation of their autonomy from China under the “one country, two rules” system.

The face mask rule is now in effect in Hong Kong. But the transit system is shut down, a 14-year-old has been injured by live ammunition fired by an off-duty police officer, and protesters are in the streets, in masks, in defiance of the ban and Lam’s government.