NYFW is full of a new ease and sensuality, courtesy of young designers previously on the industry’s fringes. …


That was the message of the Luar show, too, with its sweatsuits and pearl-tux stripe trousers and different riffs on a huge oyster earring with swooping loops of pearls that I could see taking off like a Telfar bag. One imagines Lopez has stores like Nordstrom as well as Dover Street Market in mind. It’s striking to see Lopez as suddenly so of the moment, since he actually had a big hand in creating it. He’s relaunched and reworked his brand a handful of times over the past decade, but his constant is avant-garde toughness, plus a background in ballroom culture that prefigures the now industry-wide obsession with community. His fingerprints are all over Riccardo Tisci and Matthew Williams’s work, and many young designers (particularly of the Depop Couture school) seem to toil gratefully in his shadow. It’s like what Brian Eno once said of the Velvet Underground: only 10,000 people bought their first record, but every single one of them started a band. Everyone was cheering for the looks, and Lopez received a standing ovation, which felt a far cry from the stone-faced editors who clap politely for designers who, I don’t know, show in Manhattan or whatever. It’s true that not enough has changed in fashion since the twin reckonings of the pandemic and the protests of 2020, but 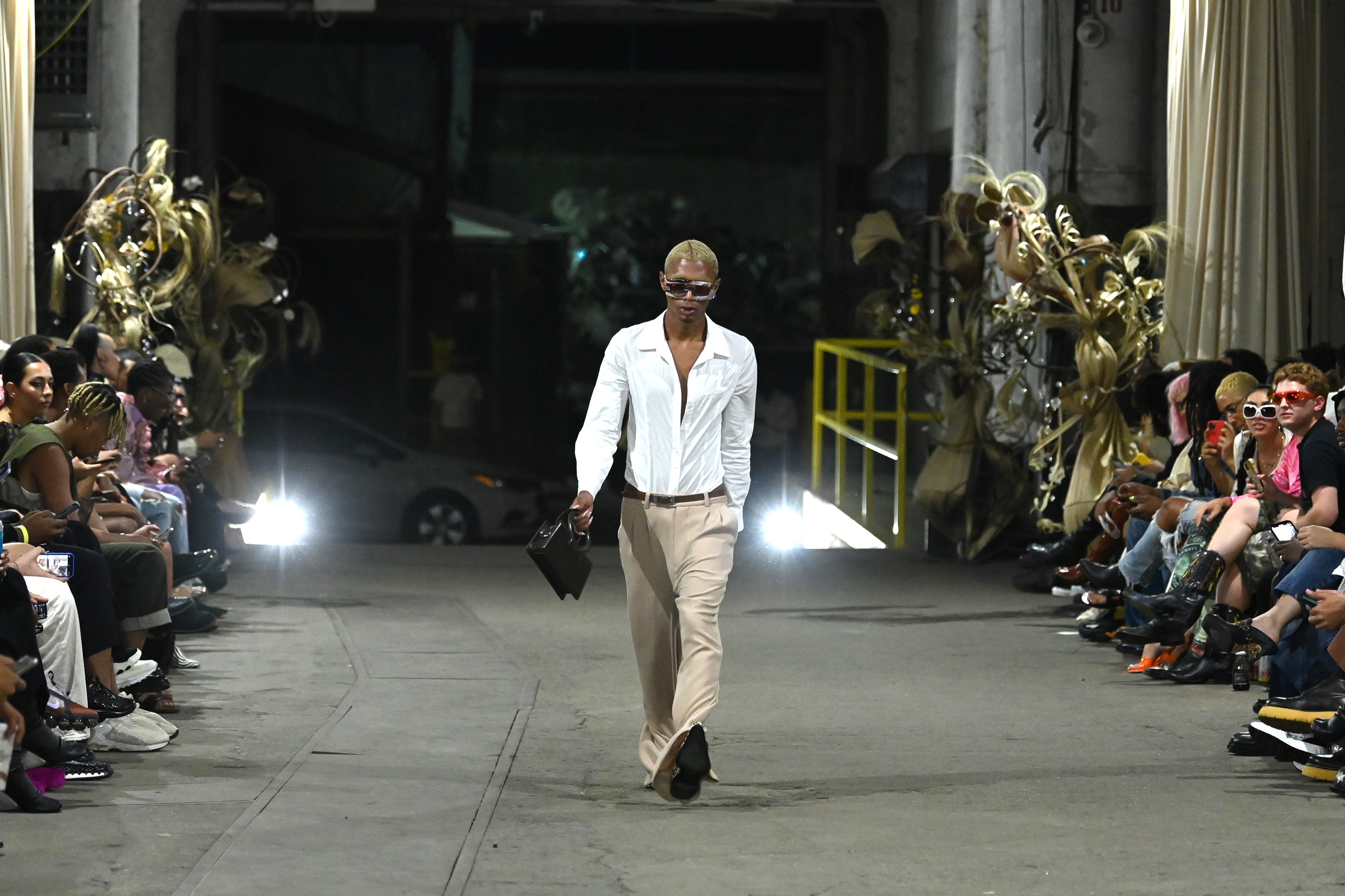