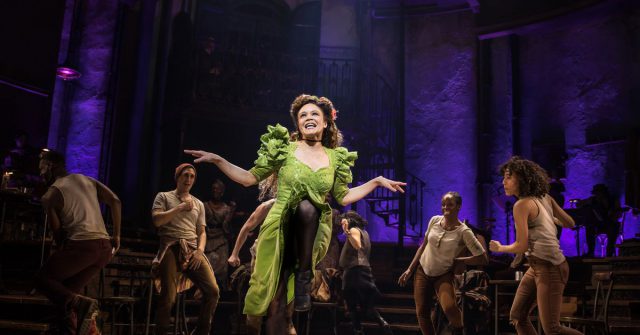 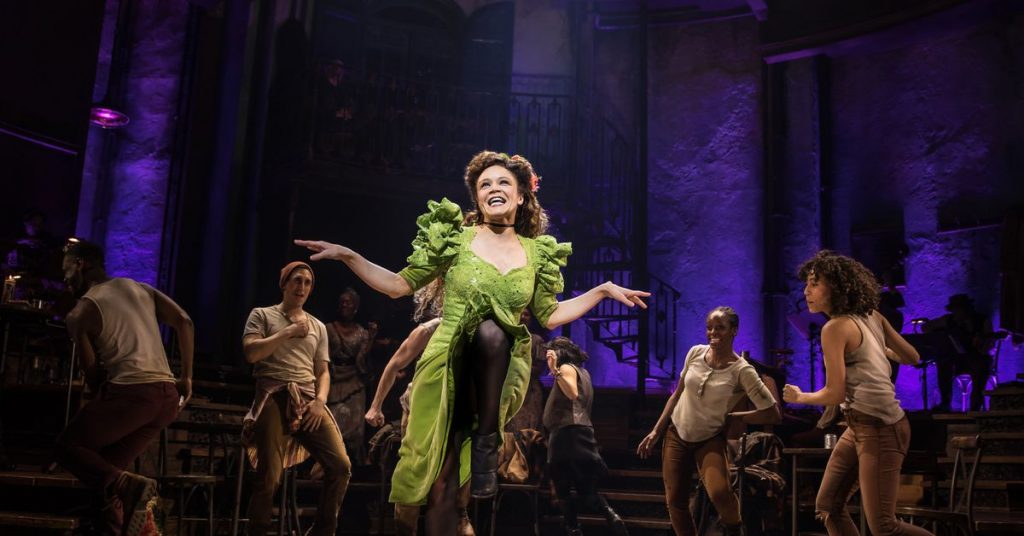 Hadestown, the new musical that opened on Broadway April 17, has had one of the most public evolutions of any musical I know of. It started as a song cycle touring around Vermont in 2006, and from there became a star-studded concept album with a cult following. Then it was an off-Broadway show. Then it hit Canada. Then London. Every step of the way, it’s been under public scrutiny.

But what’s most amazing about it is that every time it’s evolved, Hadestown has only gotten better.

When I first fell in love with the show as a concept album in 2010, I knew Anaïs Mitchell’s folk-inflected score was beautiful, and the premise — the myth of Orpheus and Eurydice reimagined as an anti-capitalist parable — was compelling.

But I wasn’t sure it would work as a theatrical show. The central metaphor of capitalism as death was so abstract, and the mythic characters so much better as archetypes than as psychologically distinct human beings, that I worried that literalizing the whole thing by putting it onstage would break everything to pieces.

In the Broadway production of Hadestown, sumptuously directed by Rachel Chavkin of Natasha, Pierre, & the Great Comet of 1812 fame, the metaphor is a little bit incoherent. The narrative is a little bit shaggy, and some of the characters are a little bit flat. But Hadestown in its final form, revised and workshopped and thoroughly thought through, rises above the sum of its parts.

It creeps under your skin and stays there so ably that in the theater, you can actually see the cult following develop in real time. When the house lights came up for intermission at the performance I saw, three unconnected people who were not sitting together said “holy crap” in unison. The man in front of me told me that he had seen the show five times already; counting previews, Hadestown had been on Broadway for about three weeks and officially open for just five days. Then the lights came back down, and the audience all turned back to the stage, waiting for the climax where would all gasp as one at the same moment — because this show is, in the most literal sense of the word, breathtaking.

In classical mythology, Orpheus is the greatest bard in the world and Eurydice his beloved bride. When Eurydice is killed by a snake bite, the mourning Orpheus travels to the underworld to beg Hades, god of the dead, to return his wife to life. To make his case, Orpheus sings a song so beautiful that Hades’s wife Persephone, the personification of spring, begs her husband to let Eurydice go.

In Mitchell’s Hadestown, the outlines of the myth are the same — but here, Hadestown isn’t just the underworld. It’s also a factory town, and Hades is both the grim god of death and a malevolent overseer, forcing his tenants to labor unceasingly at building an endless wall around his city. (Lest you think that part is too on the nose for 2019, Hades’s call and response song “Why We Build the Wall” has been part of the show for more than 10 years Mitchell says any resemblance to Trumpian rhetoric is “purely archetypal.”)

And here, Eurydice isn’t bitten by a snake. Instead, she’s lured into Hadestown by the promise of work and food, after the impractical artist Orpheus spends the winter crafting a song and not bringing any money home. “It’s my gut I can’t ignore,” Eurydice sings plaintively. “Orpheus, I’m hungry.”

This balancing act is the trickiest part of bringing Hadestown to the stage. On an album, Eurydice can simultaneously die and get a factory job, and the listening audience doesn’t have to choose between one side of the metaphor or the other, because we don’t have to watch her do it. We just understand that she’s doing both and let the story keep going. Onstage, though, everything by necessity has to get just a little bit more literal.

That’s where Rachel Chavkin’s direction comes in. Chavkin has created a theatrical world in which both levels of Mitchell’s metaphor can breathe at once. When Eurydice holds up over her eyes the two silver coins that are her ticket to the underworld, she is recognizably dying. But she’s also getting on the train to a factory town, and she’s doing each at once, right in front of our eyes.

In that endeavor, Chavkin is helped enormously by her able crew. Rachel Hauck’s scenic design loosely suggests a New Orleans bar for the part of the show that takes place above ground, but her whirling pendulum-swinging lamps and spinning turntables can just as easily create a sense of overwhelming oppression and claustrophobia, like being stuck in a factory or a mine — or in hell. And Michael Krass’s costumes are dancing right on the edge you didn’t know existed between New Orleans jazz chic and the latest in Hellenistic trends. Take a look at the smoke-gray dresses on the three Fates: depending on how you squint, they’re either church lady outfits or they’re gowns that wouldn’t look out of place on a Greek vase.

It helps, too, that Mitchell has revised her material heavily as she took it from studio to stage. Over the past nine years, her lyrics have gotten less hazily lyrical and pretty, and more character-driven and concrete. While there’s a bit of a tradeoff being made there (I’ll admit to sighing over the loss of this lovely image from Hades and Persephone’s first meeting: “The smell of the flowers she held in her hand, / The pollen that fell from her fingertips, / And suddenly Hades was only a man, / With the taste of nectar on his lips”), that revision means that the story now feels more organic to the characters. These people aren’t making their choices just because they’re archetypal figures in ancient myths and this is what they’ve always done, but because those choices make sense. Suddenly they feel fresh and urgent.

Mitchell has also given substantially more emphasis in this version of the show to the B-plot of Hades and Persephone and their tortured marriage, and in this choice, she is most likely driven by the fact that Patrick Page and Amber Gray — who have been part of the show since its 2016 production at the New York Theatre Workshop — are easily the standouts of the cast. As Hades, Page stalks across the stage like a tiger, pitching his velvety bass so low that his voice seems to rumble up from the center of the earth. And as the smoky-voiced Persephone, hiding deep wells of melancholy under a desperate and drunken smile, Gray doesn’t so much run away with the show as dances off with it, with her torso at a 90-degree angle to her legs.

Page and Gray are ably backed up by the legendary André De Shields, who plays Hermes, the messenger god and the show’s narrator, with ice-cold swagger. As our central lovers, Eva Noblezada (Eurydice) and Reeve Carney (Orpheus) have a tougher road to hoe: Orpheus and Eurydice carry the weight of the metaphor, and as such, they continue to feel a little bit more like flattened-out archetypes than fully fledged characters. Still, Noblezada gives Eurydice a winsome survivor’s pluck, and Carney manages to find a sweet awkwardness in Orpheus that makes that character feel more likeable and compelling than he has been in previous versions of this show.

And when all of them come together in the climax of the show, the moment that made everyone gasp in unison, it wasn’t because of some brand new plot twist, an innovation to the myth. It was because of the moment that is at the center of the myth of Orpheus and Eurydice, the moment on their walk out of the underworld that you always knew was coming — somehow now made both inevitable and shocking.

And every time they do, it keeps getting better.

Hadestown is now playing on Broadway.