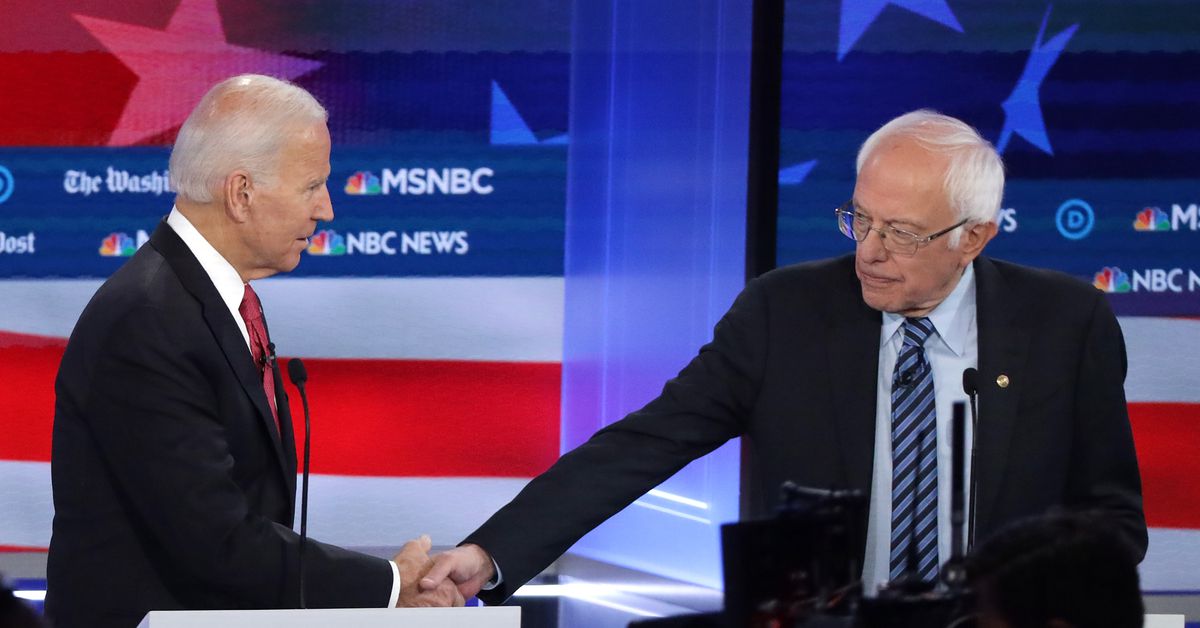 The next Democratic debate will take place after the first voters have already weighed in on the 2020 race. Slated for February 7 in Manchester, New Hampshire, the debate is the first of a trio happening that month as individuals in all four early states head to the polls (or caucuses).

Scheduled just days after Iowa’s caucuses and less than a week before New Hampshire’s February 11 primary, the debate, hosted by ABC, WMUR-TV, and Apple News, is poised to inform last-minute voter decisions both in the state and across the country. As Vox’s Ella Nilsen reports, roughly two-thirds of voters in New Hampshire still haven’t made a final decision about their top candidate. It’s possible candidates’ last-ditch debate appearances — and arguments — could make the difference.

In the first debate after votes are cast in Iowa, candidates will for the first time in the 2020 primary race have two distinct pathways to making the stage. The first option is to meet a delegate threshold: Any candidate who leaves Iowa with at least one pledged delegate to the Democratic National Convention will automatically have a spot on the stage.

The second pathway is identical to the standards put in place by the Democratic National Committee for the seventh debate in January: Candidates must achieve 225,00 unique donors and poll either at 5 percent or better in four qualifying national or early-state polls, or at 7 percent in two qualifying early-state polls.

The deadline to qualify for the eighth Democratic debate is midnight on February 6, the day before the debate is scheduled to take place.

The other debates set to take place next month are slated for February 19 and 25 in Las Vegas and Charleston, South Carolina, respectively.

Currently, the set of candidates who have qualified to be on stage in the first of three February debates is the same as this month’s debate:

Similarly, a slew of remaining candidates could get left out once again:

The state of the race, briefly explained

There’s a four-way race for first place in Iowa and New Hampshire: A recent poll from the Des Moines Register found that Sanders, Warren, Buttigieg, and Biden are all within striking distance of one another in Iowa. Similarly, in New Hampshire, those same frontrunners are polling very closely with one another, with Sanders leading the RealClearPolitics average in both states.

… But voters are still making up their minds: Even though we’re just weeks away from voters heading to the polls, the race is still very fluid as a majority of people continue to finalize their candidate of choice. These last-minute debates could well play a significant role in these decisions for voters who might be torn between a subset of the remaining candidates.

Three of the top five contenders are going to be rather busy for the next couple weeks: Impeachment continues to remain a wild card as the 2020 race continues, largely because a trial will keep three of the top five candidates off the campaign trail for part of the time. Sens. Sanders, Warren, and Klobuchar will need to stay in Washington while the trial is taking place in the coming weeks, though they’ll be able to campaign during the downtime they might have. As the trial rules dictate, however, the proceedings could take place six days a week, eating up valuable campaign opportunities.

The field keeps getting whiter: Sen. Cory Booker has dropped out of the 2020 race this week, and former Housing and Urban Development Secretary Julián Castro recently did as well, the latest candidates of color to leave a field once hailed as the most diverse ever. Experts tell Vox that the dominance of the Iowa caucuses and the New Hampshire primary — both states that are more than 90 percent white — set the tone for evaluations of candidates’ electability, and in doing so could wind up hurting candidates of color.