The race for presidential delegates has begun. Track them here. 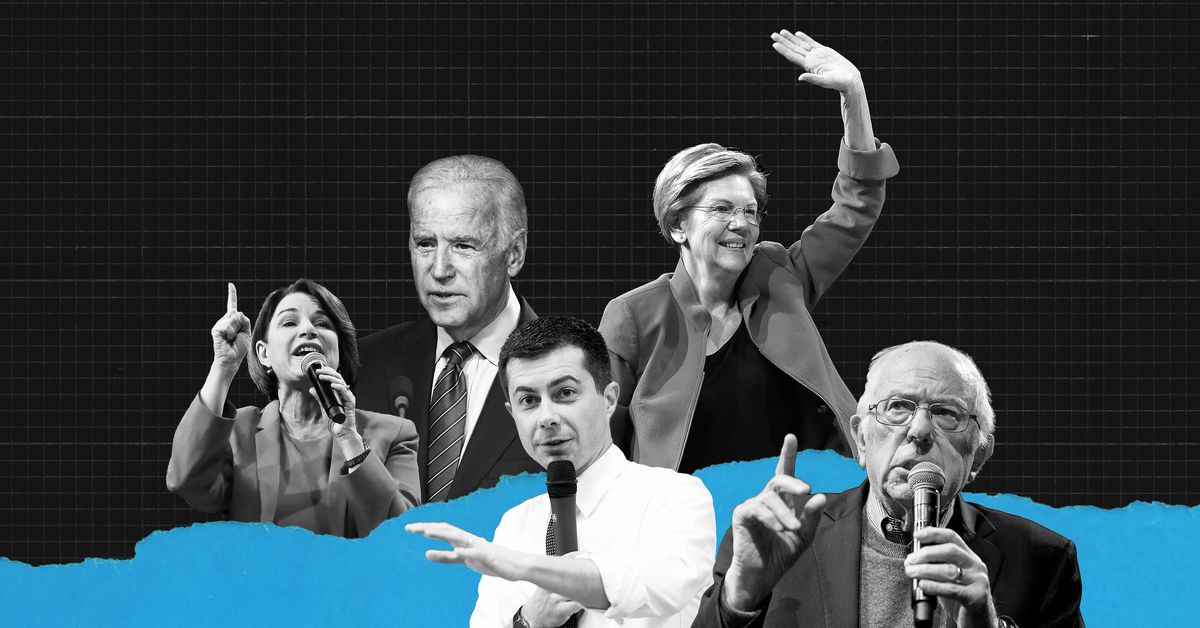 The magic number to win the Democratic Party’s nomination for president is 1,990 delegates. It could take months to officially get there.

Presidential candidates are all competing for a majority of 3,979 pledged delegates. Separately, there are also 771 automatic delegates, otherwise known as “superdelegates.” But after a contentious 2016 primary, the Democratic National Committee changed its rules around superdelegates so they may now vote on the first ballot to select a nominee at the Democratic National Convention only if a campaign has secured a supermajority of pledged delegates. (Otherwise, they weigh in in the event of a second round of voting at the convention.)

Candidates are competing for these delegates against a backdrop of complex rules: Delegates are awarded proportionally, and most states and districts require a minimum threshold of 15 percent of the primary or caucus vote to earn pledged delegates. This makes the contest a bit fairer, but also means it’s much harder to secure that magic number in a contested primary until much later in the year.

The Iowa caucuses officially kicked off the delegate race. But while the early states are all about gaining momentum, the race is ultimately about who can bag the most delegates and get to that magic number.

This could all be over very quickly if one candidate racks up an insurmountable lead and emerges from a crowded pack, or it could drag on into the spring and summer, ahead of the Democratic National Convention in July.

Vox has a delegate tracker, in partnership with our friends at Decision Desk and the Virginia Institute of Politics.

It’s easiest to think about the primary race in three phases, as we explained in our primary calendar.

The four earliest states don’t contain a lot of delegates, but they act to winnow the field to its most serious contenders. This will be especially important this year, with more than 10 candidates still in the race.

Winnowing the field is half the battle. The race to bag delegates starts in earnest on Super Tuesday.

“It’s a virtual national primary because there are so many states. The math itself changes, and every network has some sort of chart showing the projected delegate count,” longtime California Democratic consultant Bill Carrick told Vox recently.

And this is not just about winning states, it’s also about winning delegates at a congressional district level. Most states award both delegates based on state-level totals as well as delegates in each individual district. District-level delegates are the voters and local activists who sign up through their state party to act as delegates — together they make up the vast majority of eligible delegates.

It is critical for Democratic candidates to get at least a 15 percent threshold in states or individual congressional districts in order to qualify for pledged delegates. And a big part of figuring out delegate math means campaigns have to focus on crunching the numbers to target certain districts with demographics that could be favorable for them.

Here’s a breakdown of the delegate math, both pledged delegates and automatic delegates:

Again, it’s worth noting the biggest DNC rules changes were around superdelegates. That means these 771 superdelegates will largely sit on the sidelines on the first ballot, unless there’s already a candidate with a supermajority of pledged delegates.