The private investigator says the British tabloid The Sun paid him $2,055 in 2016 for private information about the couple, their family and friends that had been taken from a restricted database. …

The Mail article, and the various articles in The Sun, appeared in the first week of November, 2016. Days later, Prince Harry’s office issued an extraordinary statement declaring that Ms. Markle had been “subject to a wave of abuse and harassment” and that “nearly every friend, co-worker and loved one in her life” had been pursued, and in some cases offered money for interviews, by members of the British news media.

The couple have been at war with the tabloids ever since. In addition to Harry’s lawsuit, Meghan filed her own suit against the publisher of the Mail on Sunday, accusing it of violating her privacy by publishing an anguished letter she sent to her estranged father. In February, a High Court in London ruled in her favor.

On Thursday, Harry and Meghan, who are also known as the duke and duchess of Sussex, said in a statement that Mr. Portley-Hanks’ claims showed “that the predatory practices of days past are still ongoing, reaping irreversible damage for families and relationships.”

Harry has often blamed the tabloids for the death of his mother, Princess Diana, who was killed in a car crash in Paris in 1997 after a high-speed pursuit by paparazzi. He even attributed his and Meghan’s decision to withdraw from royal duties and leave Britain in part to the unrelenting scrutiny of the news media.

“We all know what the British press can be like, and it was destroying my mental health,” Harry said to the British talk-show host, James Corden, last month. “I was, like, this is toxic. So, I did what any husband and what any father would do — I need to get my family out of here.” 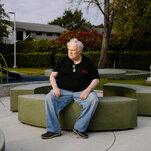