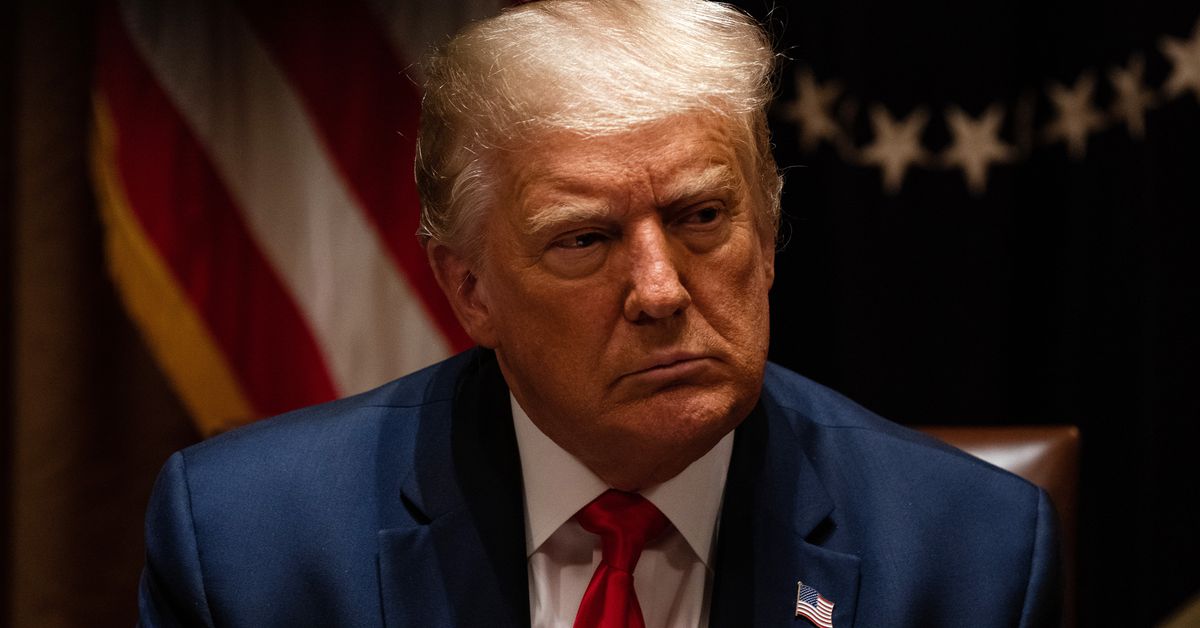 President Trump won’t try to ban TikTok in the US — at least for now. On Monday, he reversed his stance on the wildly popular video streaming app and said in a White House press briefing that instead of banning it, he would allow a US-based company to purchase the app.

“I don’t mind if — whether it is Microsoft or someone else — a big company, a secure company, a very American company, buys it,” said Trump about TikTok. Trump also warned that TikTok will be “out of business in the United States” by September 15 if the company doesn’t reach a deal to sell by then.

Though TikTok, which is owned by the Chinese company ByteDance, is best known as a place where teens share short, often lighthearted musical videos, it has become the center of geopolitical controversy between the US and China over technological power.

For months, Trump and other bipartisan politicians have periodically raised concerns about TikTok as a potential national security threat, worrying that the app’s Chinese parent company could censor content in the US or access American users’ sensitive data at the behest of the Chinese Communist Party.

The company has vehemently denied these accusations. But reports last year showed a lack of TikTok content about subjects controversial with the Chinese government — such as videos of the Hong Kong protests. These reports have fueled US government suspicions that the company is influenced by the Chinese government, particularly as China has been expanding its surveillance state in recent years and US-China diplomatic relations have become more strained.

Over the past few days, TikTok reentered the spotlight when Trump told reporters on Friday evening that he planned to ban the app effective “immediately” — saying he would do so using emergency economic powers or an executive order.

But getting rid of an app used by some 100 million Americans isn’t easy, even if you’re the president. According to a New York Times report, after Trump’s advisers convinced him that an executive action to ban TikTok would face severe legal and political consequences, Trump agreed that instead of issuing a ban, he would allow the tech giant Microsoft to continue its previous talks to buy TikTok, which had reportedly been in the works for weeks. Since Microsoft is a US-based company, the idea is that if Microsoft took control, it would ensure all of TikTok’s user data is stored in the US, secure from the potentially prying eyes of the Chinese government. Microsoft CEO Satya Nadella talked to Trump about it over the weekend, according to a Microsoft blog post published on Saturday evening, and has agreed to work out a deal — or not — by September 15.

Here’s a rundown of the recent controversy surrounding TikTok and what’s expected to happen next:

Republicans have escalated their attacks on TikTok this summer, with some bipartisan support from Democrats as well. Last Thursday, Sens. Richard Blumenthal (D-CT) and Josh Hawley (R-MO) sent a letter to the Justice Department demanding that the agency open an investigation into TikTok and Zoom over reported violations of “Americans’ civil liberties” and national security concerns about relationships between these companies and China. This followed statements in July from Trump and Secretary of State Mike Pompeo, who both said the Trump administration was considering banning TikTok altogether.

For the past year, it’s been thought that the app has been under government review for national security reasons. Treasury Secretary Steven Mnuchin confirmed this last week, and said he’s expecting the review to conclude soon. The government committee in charge of this review, the Committee on Foreign Investment in the United States (CFIUS), has the power to recommend the president force TikTok to sell to a US company.

Even if Trump doesn’t issue a full ban, a government decision that forces TikTok’s parent company to sell it off would be a game changer for the social media industry, and would threaten to disrupt the app’s extraordinary popularity. And for established social media giants Facebook and Google, the decision could significantly weaken their fiercest new competitor.

A forced sale of TikTok could have negative consequences beyond the people running TikTok, too. The move threatens to jeopardize the success of an app that’s had a meteoric rise from a relative underdog to one of the most downloaded apps in the world. And since TikTok is one of the only recent social media startups to compete with tech giants like Facebook, weakening TikTok could further concentrate power among a few tech giants in the US.

“While we do not comment on rumors or speculation, we are confident in the long-term success of TikTok,” a spokesperson for TikTok told Recode on Friday, adding the company is “committed to protecting their privacy and safety as we continue working to bring joy to families and meaningful careers to those who create on our platform.”

How a sale would work

You may be asking how Trump can force a company as popular as TikTok to sell itself, or go so far as to try to ban it. The answer is complicated and bureaucratic.

To force a sale, Trump could issue an order for ByteDance to divest from TikTok through CFIUS, an interagency committee that reviews foreign acquisitions and investments in US businesses that can threaten national security. The committee, chaired by Mnuchin, has the power to block or reverse mergers and acquisitions involving US and foreign companies.

Increasingly, the agency has been exercising its authority over foreign-owned tech companies operating in the US. Last year, CFIUS helped block one of the biggest deals in tech history, after Trump followed its recommendations to stop Singapore-based Broadcom from acquiring the US semiconductor company Qualcomm. The committee also forced Chinese owners to divest from the dating app Grindr and the health startup PatientsLikeMe.

But as Brookings Institution fellow Geoffrey Gertz has written, tech companies weren’t always the target of CFIUS. In the past, the committee “tended to focus on companies with military or intelligence connections,” but more recently, personal data and high-tech intellectual property have become a bigger focus for the committee.

Last year, CFIUS started investigating ByteDance, which had purchased the Chinese-owned lip-sync video platform Musical.ly in 2017 and then rebranded and launched a similar app in the US under the name TikTok. When that investigation comes to a close, the committee’s recommendations will reportedly lead to Trump’s order for ByteDance to sell TikTok or divest its US operations.

It’s unclear how CFIUS would enforce a potential unwinding of ByteDance and TikTok, but last year, the committee issued a $1 million fine to an undisclosed company for not following through on a mitigation agreement, its first penalty of that kind. It could also fine TikTok — or Trump could just continue to dangle the threat of banning TikTok altogether, no matter how legally or politically contentious that would be.

In a press briefing on Monday, Trump said that whoever ends up owning TikTok should pay the Treasury department of the US government a “substantial amount of money” as part of the deal. As some have pointed out, including Axios’s Dan Primack, Trump’s comments could be “skating very close to announcing extortion.” It’s not immediately clear how Trump would try to ensure the US government gets a cut of the sale or whether it’s even legal to do that.

If Microsoft or another major US company does purchase TikTok, it’s likely that TikTok as we know it would remain largely unchanged.

TikTok is a valuable brand in a lucrative industry with a massive, devoted user base — so for Microsoft, buying TikTok would be an opportunity to seriously compete with other major tech companies like Facebook and Google in the social media space.

Microsoft also has experience when it comes to purchasing already successful companies and allowing them to retain their independence — as it did when it acquired the platform for software developers, GitHub, in 2018, and the video game Minecraft in 2014.

Depending on how Microsoft chooses to run TikTok — if it acquires it — the app could continue to grow, and with the backing of a major US tech company, it might more seriously take on other social media companies, including Facebook. Microsoft isn’t the only potential buyer — other firms could try to buy TikTok or share ownership. Reportedly, Microsoft may invite outside investors to join them in the deal, according to the Wall Street Journal.

It’s too soon to say what impact a sale would have on the app’s popularity and growth. But in the meantime, there are plenty of Clippy jokes to make.

On Monday, a spokesperson for TikTok told Recode in a statement that the company is “committed to continuing to bring joy to families and meaningful careers to those who create on our platform as we build TikTok for the long term. TikTok will be here for many years to come.”

Update, August 3, 3:05 pm ET: This article has been updated to include new comments from President Trump and new reporting about ongoing negotiations between Microsoft and TikTok.