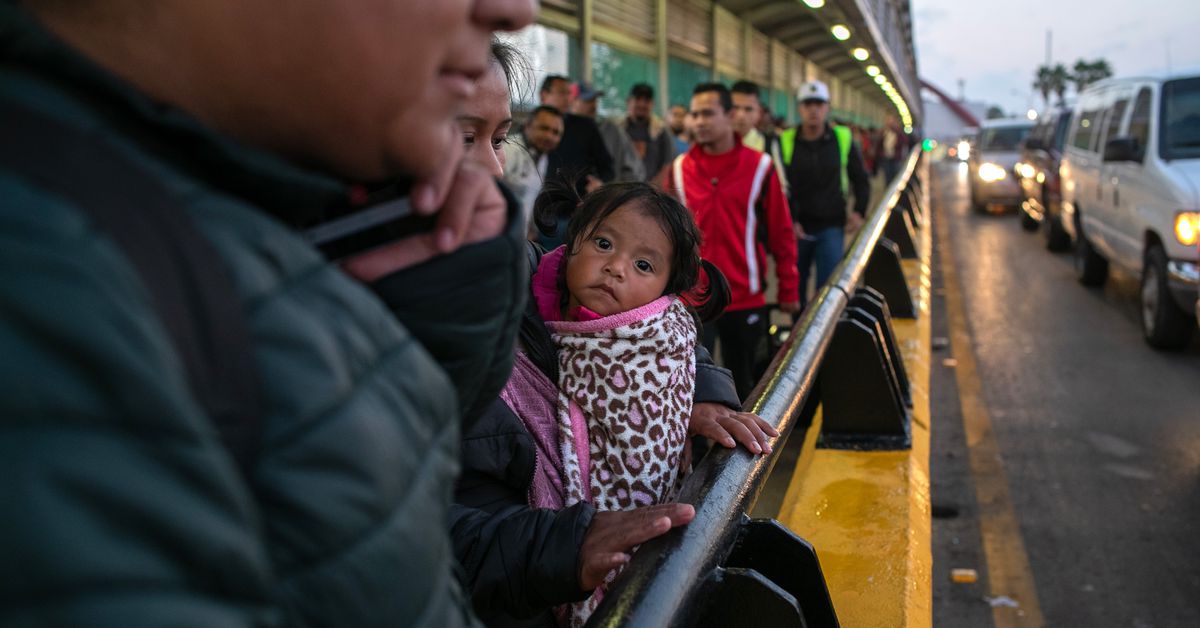 The Trump administration finalized an agreement Thursday that would allow the US to deport migrants seeking protection at the US-Mexico border back to Honduras.

Acting Department of Homeland Security Secretary Chad Wolf arrived in Honduras Thursday to go over the implementation of the agreement with President Juan Orlando Hernández, who is facing prosecution in the US for allegedly accepting campaign contributions from drug traffickers.

Wolf announced in an address in Tegucigalpa that the agreement, originally signed in September, would go into effect in a matter of weeks.

“We plan to implement in phases, to gradually roll out the program while working through operational considerations and questions on a small scale,” Wolf said.

The US has brokered similar agreements with Guatemala and El Salvador, though only the agreement with Guatemala has gone into effect so far. Hundreds of thousands have fled violence and the lack of economic opportunity in the region, which is known as Central America’s “Northern Triangle,” over the past year.

The agreements resemble “safe third country agreements” — a rarely used diplomatic tool that requires migrants to seek asylum in the countries they pass through by deeming those countries capable of offering them protection — although the Trump administration has been reluctant to use that term. Until recently, the US had this kind of agreement with just one country: Canada.

The administration has sought such agreements in Central America as a means of achieving President Donald Trump’s goal of driving down the number of migrants seeking refuge at the US southern border by sending them back to the countries they came from and passed through. But immigrant advocates argue that sending migrants back to those countries could have deadly consequences.

Honduras remains a hotbed of gang violence, largely perpetrated by the international criminal gang MS-13, which formed in Los Angeles and was transplanted to Central America after mass deportations of unauthorized immigrants with criminal histories in the 1990s. The gangs facilitate drug trafficking, extort local residents, and force teenage boys to join.

Honduras has the fifth-highest homicide rate worldwide, according to the United Nations Office on Drugs and Crime, as well as rampant government corruption and high rates of violence against women and LGBTQ individuals.

Honduras also produces high numbers of people seeking asylum: In 2017, the most recent year for which asylum data is available, the US granted asylum to 2,048 migrants from Honduras, compared to 1,048 from Mexico, 3,471 from El Salvador and 2,954 from Guatemala.

DHS did not immediately respond to requests for comment on the specific terms of the Honduran agreement.

Under those agreements, the Trump administration will be able to deploy US Customs and Border Protection and US Immigration and Customs Enforcement personnel to Honduras in order to “support the capacity-building efforts of the Honduran migration, border security and customs counterparts, working together to target the gangs and cartels that spread corruption, violence and fear in Honduras,” Wolf said.

The Honduran government will also share biometric data with US authorities in order to combat crime, drug and human trafficking, and other security threats.

Furthermore, the US will expand and streamline the H-2A temporary agricultural visa program for Honduran farmworkers to ensure that they are not “victimized in seeking legal migration,” Wolf said. The US government’s International Development Finance Corporation, which attracts private investment in developing countries, has also invested $235 million in Honduras and will continue to work to spur economic growth, he added.