The Trump administration wants all of Obamacare overturned by the courts 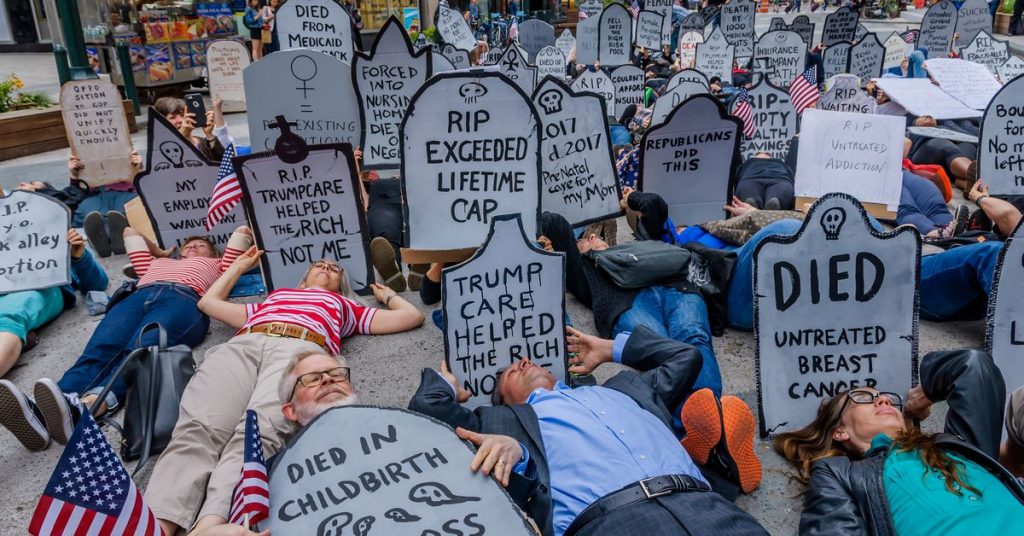 The Trump administration wants the federal courts to overturn the Affordable Care Act in its entirety, an escalation of its legal assault against the health care law.

The Justice Department said in a brief filed on Monday that the administration supports a recent district court decision that invalidated all of Obamacare. So it is now the official position of President Trump’s administration that all of the ACA — the private insurance markets that cover 15 million Americans, the Medicaid expansion that covers another 15 million, and the protections for people with preexisting conditions and other regulations — should be nullified.

When combined with Trump’s endorsement of the various Republican legislative plans to repeal and replace Obamacare and other regulatory actions pursued by his subordinates, the Trump administration’s clear, consistent and unequivocal position is that millions of people should lose their health insurance and that people should not be protected from discrimination based on their medical history.

The Justice Department had previously said that only the ACA’s prohibition on health insurers denying people coverage or charging people higher premiums based on their medical history should fall in the lawsuit being brought by 20 Republican-led states. But their latest brief removed that subtlety, saying that the entire law should go.

Legal experts dismiss the states’ argument as “absurd,” yet they have worried that it could find a receptive audience among conservative jurists, given the prior success of anti-Obamacare lawsuits thought to be spurious that still found their way to the Supreme Court.

The argument has already won in the US district court in northern Texas, after all, though that decision is on hold pending appeal.

The foundation of the conservative states’ case is that because the Republican-controlled Congress repealed the individual mandate penalty in the 2017 tax law, removing the provision that Chief Justice John Roberts used to justify upholding the law’s constitutionality in 2012, the entire law must now fall under Roberts’s theory. Legal scholars on the left and the right say it’s a ridiculous case; Congress amends laws all the time, and the earlier Congress decided to repeal the mandate penalty while preserving the rest of the law. It’s legally vacuous to try to now apply Roberts’s old logic to a newly amended law.

But federal judge Reed O’Connor nevertheless ruled in December that the mandate is now unconstitutional as is the rest of Obamacare, as Vox’s Sarah Kliff reported at the time. That decision has been appealed by Democratic officials, with the support of House Democrats. For now, Obamacare remains in full force despite the latest legal fight over its future.

The Texas lawsuit is the most direct legal threat against the ACA. But the Trump administration has pursued a multi-pronged crusade against the law’s expansion of health coverage and its regulations barring discrimination against preexisting conditions. Trump supported the GOP plans in Congress to roll back Obamacare, projected to leave millions fewer Americans with health insurance and inflict deep cuts to Medicaid.

Though repeal failed, the administration has used its regulatory leeway to promote insurance plans that are not required to comply with the ACA’s preexisting conditions rules. Trump officials have also allowed states to impose Medicaid work requirements on people who were covered by Obamacare’s Medicaid expansion, leading to tens of thousands being forced off their benefits so far.

As the Trump administration has implemented this agenda, the uninsured rate has started rising after it had fallen to historic lows by the end of the Obama administration. Now they are asking the federal courts to go even further than before and invalidate the entire law.