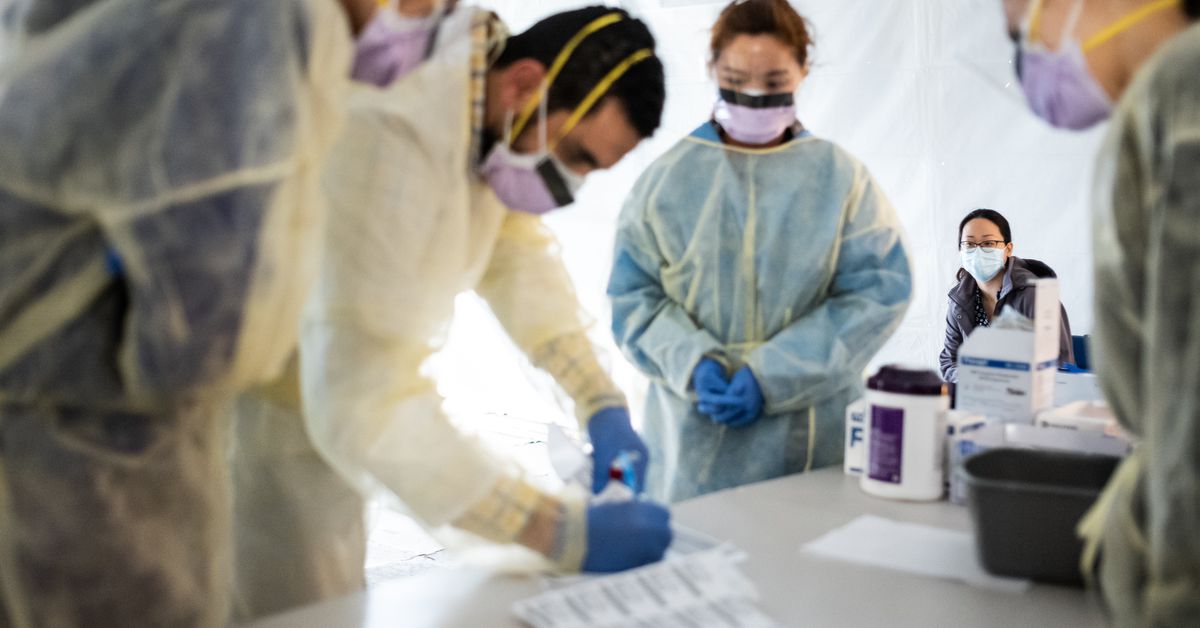 Right now, the biggest worry is whether the medical system has enough ventilators and protective equipment to treat patients with Covid-19, the disease caused by the novel coronavirus.

But another troubling shortage is on the horizon: doctors, nurses, and other health care personnel.

As patient demand continues to ramp up nationwide and more health care workers are unable to show up for work, either because they contract the virus or because they have to self-quarantine, doctor shortages are a real possibility, Cynthia Cox, vice president of the Kaiser Family Foundation, told Vox.

“There is a very real risk of provider shortages in areas hit hard by the coronavirus, both because of increased patient numbers and doctors and nurses falling ill from or being exposed to the virus,” she said.

One solution is to make it easier to bring in doctors and nurses from abroad.

The US health system already relies heavily on immigrants, who make up 17 percent of all health care workers and more than one in four doctors. At a time when coronavirus is pushing states like Washington and New York to the limits of their resources, those health care workers will be all the more critical.

New York Gov. Andrew Cuomo has already waived licensing requirements to allow graduates of foreign medical schools to contribute to the coronavirus response anticipating such a shortage, but no other state has so far followed suit.

But even before the current crisis, the immigration system made it difficult for foreign doctors and nurses to work in the US and go where they’re needed. Doctors may face long wait times for green cards, restrictions on where they can settle geographically, and limitations on where they can practice while they’re waiting for a green card. Nurses, meanwhile, also face long waits for green cards and can’t come to the US under temporary skilled worker visas.

The implications of a shortage would be devastating, both to overworked personnel and to the patients for whom receiving medical attention could be a life-or-death matter. But it’s a problem that more immigration could easily fix — if the Trump administration were willing.

There could be an imminent medical worker shortage

The top priority for most hospitals right now is the shortage of personal protective equipment, including masks, N95 respirators, and gowns. Medical workers have resorted to reusing masks and eye shields when treating multiple patients, against the Centers for Disease Control and Prevention’s recommendations, increasing the risk that they become infected — and, as Caroline Hopkins writes for Vox, that they spread it to their patients.

The protective equipment shortage could make it even more difficult to treat an incoming wave of patients with the virus.

Dozens of health workers have already tested positive for the virus, and hundreds of others have been exposed, forcing them to self-quarantine. Two doctors who were treating patients on the front lines in New York and Washington have been hospitalized. And preliminary research from China suggests that infected health care workers tend to have more serious cases of the virus than expected for people of their age.

Certain state and local governments have already started to prepare for the possibility of a personnel shortage. New York City has asked former medical workers to come out of retirement to deal with the increased patient load. So has the Veterans Affairs medical system, which already has about 44,000 medical vacancies that it has been struggling to fill amid a competitive market — a problem that can usually be solved by immigration. Washington, DC, has even started recruiting volunteers without any medical training.

The US was projected to face a shortage of doctors before the pandemic hit: The Association of American Medical Colleges had estimated that it could reach 46,900 to 121,900 physicians by 2032. And in rural areas, particularly in states such as Mississippi and Arkansas, doctors were already in short supply. Many states are also projected to face significant nursing shortages in the coming years, particularly California and Texas.

The pandemic could potentially exacerbate these shortages.

“We can limp along during normal times,” Greg Siskind, an immigration attorney who represents doctors, told Vox. “But it’s already been a huge problem in rural areas. And right now, coronavirus has been seen to be impacting the urban areas, but eventually it’s going to work its way to the rural communities.”

Hurdles for medical workers in the immigration system

Every year, roughly 4,000 foreign doctors come to the US on J-1 visas for residencies at teaching hospitals, which rely on Medicare funding to pay their salaries. While most of those doctors would like to stay in the country after they complete their training, only about 1,500 of them are ultimately able to do so, Siskind said.

That’s because they are required to return to their home countries for at least two years upon completing their training in order to be eligible for an H-1B skilled worker visa or a green card, unless they can obtain one of a few sought-after waivers.

The Conrad 30 program, for example, offers waivers to 30 doctors in every state who agree to practice where the government has designated a health care worker shortage, mostly in rural areas. Doctors can also obtain waivers through the Department of Health and Human Services by conducting medical research in field that is of interest to the agency or by practicing in underserved areas designated by the agency.

But even for those who are able to obtain waivers, the process of applying for a green card can involve long waits, particularly for immigrants from India, which produces about a third of all foreign doctors training in the US. That’s because there are per-country caps on the number of green cards issued annually, and India gets the same number of green cards as any other country despite being among the most populous nations in the world. (A bill that would have eliminated these country caps recently failed in the Senate.)

Not only does the current system make it exceedingly difficult for doctors to stay in the US long-term, but it also severely restricts where in the US they can go. Under the terms of both J-1 and H-1B visas, doctors can’t just change jobs. They usually can’t even moonlight at another hospital and take on extra hours. At a time when doctors need flexibility to go to areas of the country that are hard-hit by coronavirus, that’s a huge obstacle.

Most nurses come to the US on green cards, but they, too, face long wait times due to the same backlogs that are hurting Indian doctors. Many of them also come from India, as well as the Philippines, where they get the receive the same kind of training that they would in the US.

There are also a significant number of nurses who can come to the US from Mexico and Canada through trade agreements. In Detroit, for example, about 1,000 nurses cross the border daily from Windsor, Canada, Siskind said. But that mostly helps border towns — it has little bearing on the personnel shortage in other parts of the US.

How the US could bring in more doctors and nurses

Immigration attorneys are currently working on devising ways that the federal government could make it easier for foreign doctors and nurses to contribute to the coronavirus response and make up for hospital staffing shortages without relying on Congress to pass legislation.

There’s been a push for years to get the roughly 16,000 to 18,000 J-1 visa holders who are in various stages of the medical training in the US at any one time to be able to take on extra hours at hospitals that are outside their teaching program. The State Department, which helps administer that visa program, hasn’t allowed for that yet, but the agency could reconsider its policies.

HHS could also declare the entire country as a current shortage area of medical personnel, which would allow foreign doctors to practice wherever there are hot spots of infection.

Doctors also face administrative hurdles that the administration could eliminate: for example, it could allow doctors to fast-track their visa applications for the duration of the crisis and temporarily eliminate the requirement that they go to consulates abroad, which are shut down amid the pandemic, to pick up their visas.

Preexisting legislative proposals might also deserve a closer look as the US scrambles for more medical personnel. Sen. Amy Klobuchar, for example, has been pushing for legislation that would expand the Conrad 30 program since at least 2013. That bill, which has been endorsed by the American Medical Association, would allow more than 30 waivers to be granted to physicians in a given state dependent on need.

Siskind said he’s hoping that bill could be expanded to allow doctors to apply for Temporary Protected Status that would allow them to work wherever they’re needed for 18 months amid the coronavirus crisis. TPS is currently only granted to citizens of countries suffering from various forms of disasters, be it a hurricane or civil war. But there’s nothing precluding the program from applying to people in a certain occupation — in this case, the medical profession, Siskind said.

To deal with the nursing shortage, meanwhile, US Citizenship and Immigration Services — the agency that administers work visas — could change its policies to give nurses more pathways to come to the US. It could allow nurses with bachelor’s degrees to apply for H-1B skilled worker visas, which aren’t currently available to them.

Immigrant advocates at America’s Voice have also proposed that the agency grant them parole status, based on humanitarian or public interest reasons, that could allow them to live and work in the US temporarily.

These are immediate measures that the federal could take to make foreign medical workers more accessible — but under President Donald Trump, who has pursued policies designed to keep immigrants out during his time in office, it’s not clear whether the current crisis will be enough to spur him to action.