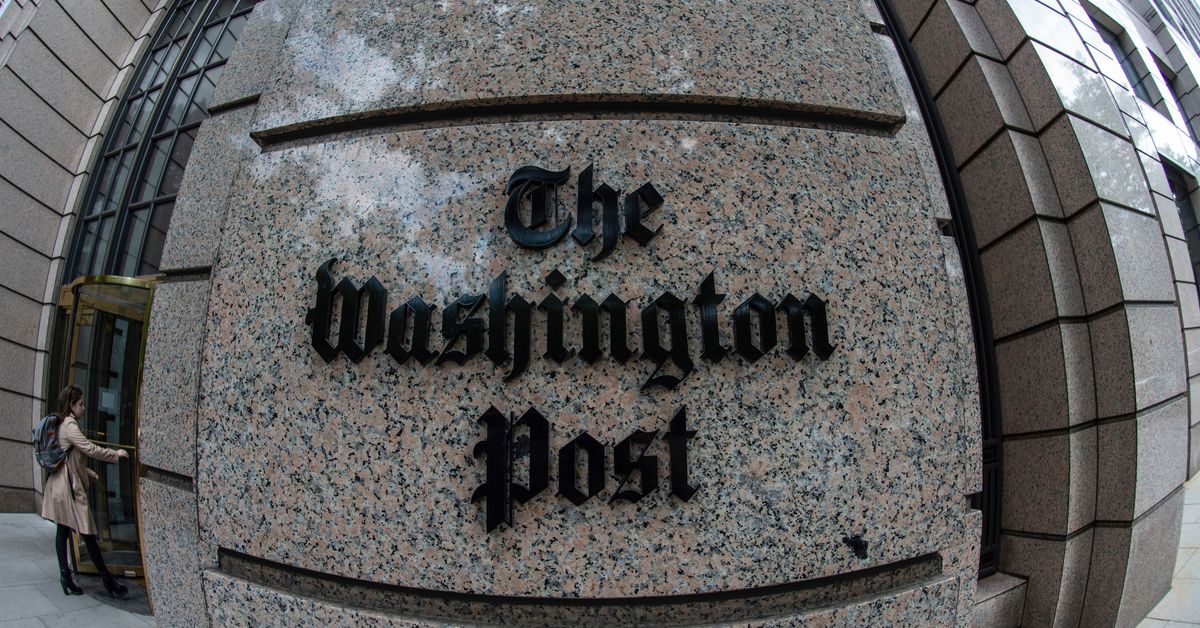 That’s the rough paraphrase coming at me today from my colleagues and from Twitter. Everyone wants to know why the Post has punished one of its reporters for tweeting about Kobe Bryant after his death yesterday.

My answer: It’s 2020, and Twitter — really, all of social media — remains something that media companies of all stripes can and will screw up. Because humans are messy, and social media, among other things, is built to exploit that mess. The situation won’t get better unless media companies ban their employees from using social media. Which they’re not going to do.

You can get a full tick-tock on the Post/Bryant/Twitter story from my colleague Emily Stewart, but the tl;dr is that the Post put reporter Felicia Sonmez on “administrative leave” after she tweeted in the wake of Bryant’s death on Sunday.

A slightly longer account includes the detail that Sonmez’s output included a link to a 2016 Daily Beast article about sexual assault charges Bryant faced in 2003. (The criminal charges were dropped in 2004, and Bryant and his accuser reached an out-of-court settlement in 2005.) One of Sonmez’s tweets also included a screenshot of her email inbox, which was taken after sending out the tweet with the link about Bryant’s assault charges. The tweets garnered thousands of replies, many of which were negative, before Sonmez deleted them. As Stewart points out on Vox, one of the missives read, “Piece of fucking shit. Go fuck yourself. Cunt.”

The Post has since said that Sonmez’s output may have violated the Post’s social media policies, so it’s investigating that possibility. You can find those policies here, but you won’t find instructions forbidding Post reporters from linking to other publications’ stories or from posting evidence of people on the internet behaving badly. The Post’s Erik Wemple reports today that Sonmez, who checked into a hotel Sunday night after receiving death threats, says she was told that the initial problem with her tweets was that they didn’t concern her “coverage area.”

Like other media organizations that have posted social media policies, the Washington Post does tell its employees that when they tweet or Insta or whatever, those messages will be treated as Official Washington Post tweets or Instas or whatever, no matter their original intent. As with many other outlets, there is also this instruction: Don’t post anything that could “objectively be perceived as reflecting political, racial, sexist, religious or other bias or favoritism.”

This is one of those instructions that seems both obvious and impossible to enforce. I hope I can avoid posting racist commentary. But I most certainly have bias, and I definitely have favorites. So do you.

More to the point — and my view of the world may be the same as yours — it’s ridiculous that the Post penalized its reporter for acknowledging that Bryant, in addition to being beloved by many people, was credibly accused of rape. (In a 2004 statement, Bryant ultimately apologized to his accuser “for my behavior that night,” adding that while “I truly believe this encounter between us was consensual, I recognize now that she did not and does not view this incident the same way I did.”)

You may also see the world the way many other people do: You think the hours after someone’s death are not the time to speak critically of that person.

But the fact that the Post says that Sonmez may have violated the company’s social media policy — but can’t say for sure if she has, a day after the tweets — is telling. The Post’s guidelines, like those published by the New York Times, the Wall Street Journal, and other outlets, including Vox Media — amount to “don’t screw up.”

Screwing up is the whole point of social media. It’s a feature, not a bug. Twitter, Instagram, Facebook, TikTok, and every other service offering the opportunity to transmit your unmoderated, instantaneous thoughts to the world want you to screw up at least some of the time. Social media invites you to say something you might not have said to someone’s face, or at least not without some foresight.

And while piling on the Post may feel good — again, I think a newspaper that can stand up to Donald Trump can also protect a reporter who hasn’t published something defamatory — the Post certainly isn’t the only publication that has found itself disciplining one of its employees for a tweet or apologizing for one of their tweets.

We can start close to home: Vox, for instance, suspended an editor in 2016 for tweeting that people should “start a riot” if Donald Trump arrives in their town. Last summer, the New York Times demoted an editor for displaying “serious lapses in judgment” when he tweeted about politics and race. And in 2017, the Wall Street Journal said it was sorry for a tweet about Venus Williams — which began with “Something’s not white!” — because it “was seen by some as insensitive.”

Let’s not forget about publications that have had to apologize for what their employees did on social media before they came to work there. The Times, in particular, stumbles on this one a lot. In 2018, it unhired an opinion writer once her old tweets surfaced and attracted negative attention. Last year, a Times editor had to apologize for tweets he made in college.

The way for the Times and other outlets to avoid worrying about journalists screwing up on Twitter is to ban them from Twitter and every other public forum. These companies would also have to force all of their journalists to retroactively delete everything they’ve ever posted — maybe someone tweeted something unkind about Bryant back when he was scoring 81 points in a single game, or whatever.

Or they could require the same kind of attorney-assisted vetting that the SEC has now forced Tesla’s Elon Musk to go through whenever he wants to tweet.

That won’t happen, of course, because every company that hires journalists wants its journalists to use those platforms, at a minimum as a way to promote their work. Perhaps they also think it’s crucial to “maintain a vibrant presence on social media,” as the Times policy suggests. And it’s true: NYT’s reporters do great work on Twitter.

But as soon as people pick up the phone and start tapping, they are a couple of taps away from a screwup. Media companies should be able to live with that prospect — and, crucially, with the idea that not all screwups are equal, and that just because someone is angry about a tweet doesn’t make it a Bad Tweet, and you can let people complain about Bad Tweets without having to Do Something About The Bad Tweet.

Or they can bail out and leave Twitter to the rest of us.