‘This Is a Catastrophe.’ In India, Illness Is Everywhere.

As India suffers the world’s worst coronavirus crisis, our New Delhi bureau chief describes the fear of living amid a disease spreading at such scale and speed. … 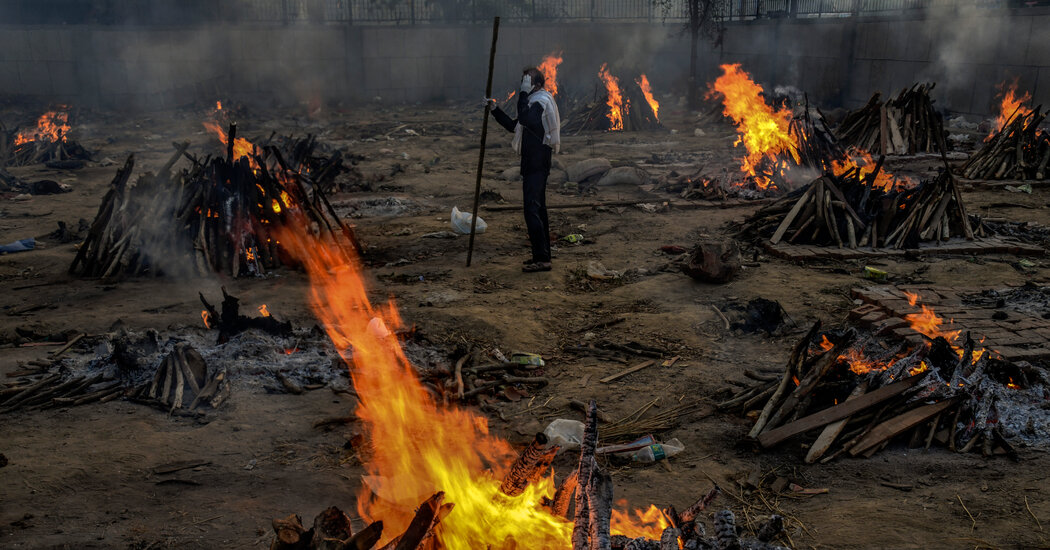 NEW DELHI — Crematories are so full of bodies, it’s as if a war just happened. Fires burn around the clock. Many places are holding mass cremations, dozens at a time, and at night, in certain areas of New Delhi, the sky glows.

Sickness and death are everywhere.

Dozens of houses in my neighborhood have sick people.

One of my colleagues is sick.

One of my son’s teachers is sick.

The neighbor two doors down, to the right of us: sick.

Two doors to the left: sick.

“I have no idea how I got it,” said a good friend who is now in the hospital. “You catch just a whiff of this…..” and then his voice trailed off, too sick to finish.