In 1991, the Air Jordan line had been going strong for a while—the five previous editions had made Michael Jordan synonymous with his sneakers in a way no athlete had managed before. But Jordans 1 through 5 weren’t much help as Jordan struggled to get past the Boston Celtics or the “Bad Boy” Pistons to win a championship. He may have been the most popular basketball player in the world, but that first ring still eluded him.

When he did finally secure that first title later that year, against Magic Johnson’s Lakers, Jordan did so wearing a new silhouette: the Air Jordan 6, a shoe that instantly went down in sneaker history.

While it isn’t his most famous shoe—or Jordan—the 6, which turns 30 this year, remains a high point. That’s true from a design perspective: the 6 feels like the start of a new thematic trilogy in designer Tinker Hatfield’s work on the Jordan line. The three silhouettes of his design preceding it (the 3, 4, and 5) each felt like natural extensions and evolutions of the shoe that came prior, with elements like paneled netting and tongue fabric carrying over from each shoe into the next. The 6 discarded this design ethic—a gamble, but one that paid off.

Hatfield based the design of the 6 on Jordan’s love of sports cars (it wouldn’t be the last time this point of reference was used, with the 14 drawing heavily from the Ferrari for inspiration). The shoe is full of angular paneling and even features a tab on 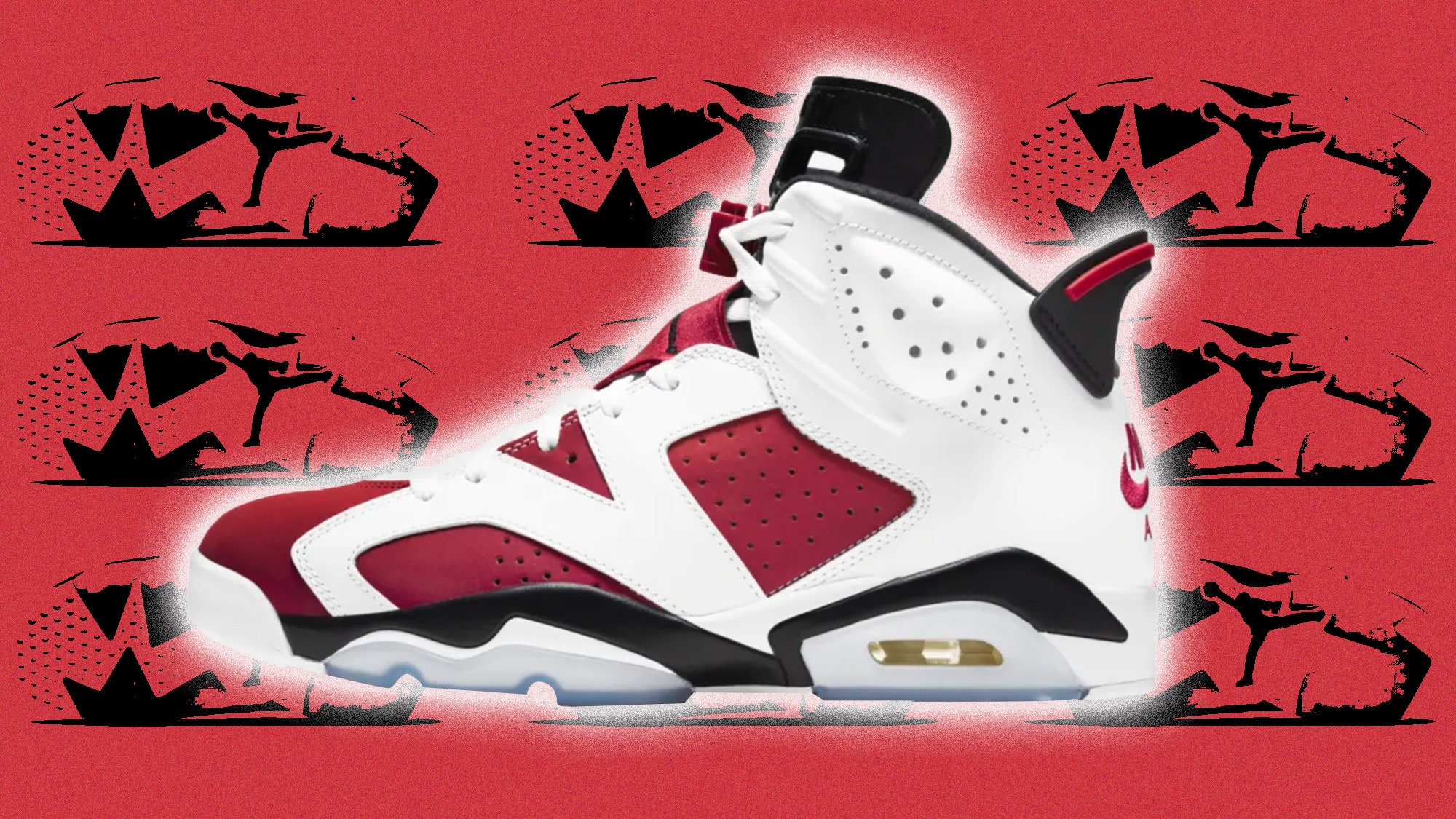