This weekend’s coolest concert is happening in Fortnite 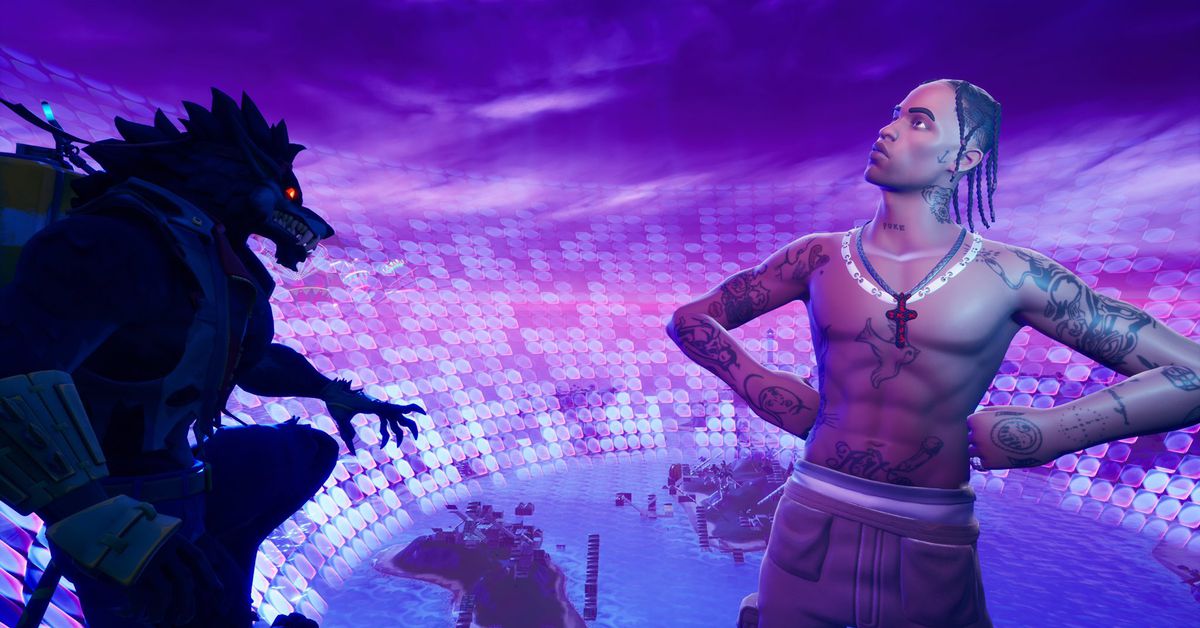 In 2020, you likely either play Fortnite or you don’t. The expansive multiplayer shooter video game attracted massive media attention in 2018 for its popularity with more than 250 million players of all ages.

All those eyes on Fortnite helped the game grab the attention of people with more clout than the average teen. Celebrities like Joe Jonas, Josh Hart, and Drake got in on the Fortnite craze, livestreaming with some of the most popular players in the game’s community.

Eventually, developer Epic Games started incorporating some of its famous fans into Fortnite itself, hosting live concerts and album listening parties inside different areas of the game’s world. Most memorably, DJ Marshmello’s live concert in Fortnite set the record for the highest number of people playing at the same time, with almost 11 million people checking it out in February 2019.

Travis Scott’s live Fortnite shows, however, are very different from the previous musical experiences the game’s had to offer. The rapper, who is also known as Kylie Jenner’s partner, is a big fan of Fortnite, and he’s celebrating the release of a new single. With everyone stuck inside right now, he’s probably been playing a lot more Fortnite lately than usual. So why not combine the music drop with the game?

Scott has hooked up with Epic Games for a unique virtual concert tour within the game. Since the night of Thursday, April 23, and through the night of Saturday, April 25, a giant avatar based on Scott is appearing in one of Fortnite’s areas (called “Sweaty Springs”) to perform his newest song, “The Scotts,” and a few hits from 2018’s album Astroworld. (Yes, everyone’s favorite “Sicko Mode” was on the setlist.)

The event is billed Astronomical, probably both in reference to Astroworld and the size of Scott’s avatar in-game. He towers over any player who gets the chance to enter the Sweaty Springs area to watch his character lip sync to the songs as psychedelic visuals play. (It’s good to note here that Epic Games temporarily removed the ability for players to kill each other or cause damage to the “concert venue” during the show.)

Anyone who shows up is treated to a surreal, 10-minute show, where Giant Travis Scott suddenly gains godlike powers to fling players into outer space, underwater, and a colorful series of dimensions. Fortnite fully becomes an Astroworld of its own during this special show, and it looks beautifully and shockingly immersive. And for every Fortnite fan who gets to see it in-game together at the same time, it seems like quite the unforgettable event.

All of these visuals are timed to the music, so Scott isn’t actually playing his songs live. But players who tuned in during his first show Thursday night could watch Scott experience his Fortnite show at the same time as everyone else over Instagram Live. (His 2-year-old daughter, Stormi, even briefly interrupted the stream.)

Fortnite is a free-to-play game that’s available on all computer and smart device operating systems, as well as every video game console. So if you’re a Travis Scott fan but also a Fortnite newbie, you should still be able to check out the show. A lot of people have already made the effort to turn out, with the first show setting the new all-time player record, as 12.3 million players logged on to watch the Travis Scott experience inside of Fortnite.

But what’s most fascinating about Scott’s Astronomical experience in Fortnite is how it contributes to the growing genre of virtual, live “quarantine concerts.” Musical artists are unable to play live shows or embark upon planned tours due to the novel coronavirus pandemic, so they’ve been finding creative ways to bring their music to fans. Instagram Live and YouTube have both been popular streaming platforms, but musicians are increasingly turning to multiplayer games to host a special type of live show. There was a music festival in Minecraft, a listening party in Club Penguin, and now a show in Fortnite whose visuals rival the trippiest Cirque Du Soleil performance.

There’s just a few more chances to check out Travis Scott’s Astronomical show. The remaining dates and times are listed below — as is an archive of the first performance.