Trump claims Germany and Japan are “following us” in their coronavirus responses. No chance. 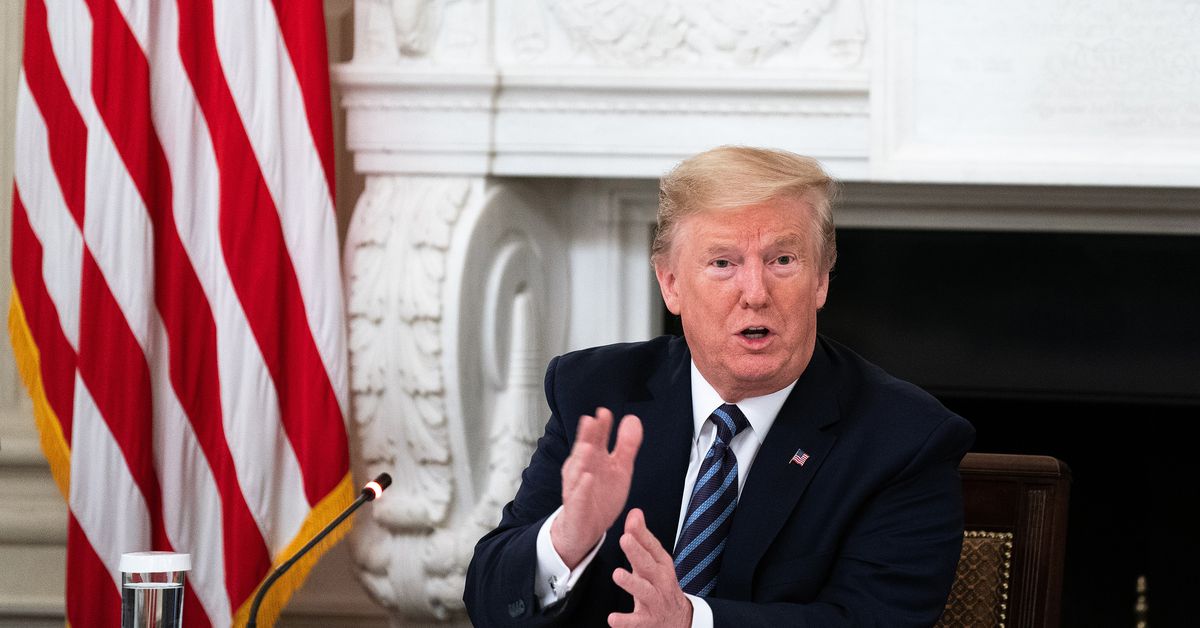 The United States has endured over 78,000 coronavirus deaths as of May 8, far more than double the second hardest-hit country. Unlike most comparable countries, the trajectory of the per-day death toll has not yet meaningfully bent down here nor has the number of new cases diagnosed each day.

By contrast, Germany and Japan combined have had just over 9,000 confirmed Covid-related deaths. Though Japan didn’t get off to a great start, the number of new cases per day has been hovering around 200 there. In Germany, it’s around 1,000. In either case, the new case numbers are far below the nearly 15,000 identified in the US on Thursday.

Put succinctly, while both countries continue to grapple with the virus and life is far from normal for people there, the pandemic has been somewhat brought under control to an extent Americans can only dream of. Here, by contrast, things aren’t really improving — and there’s no indication our federal government is capable of meeting the challenge. In fact, it’s quite the opposite.

And yet to hear President Donald Trump tell it, German Chancellor Angela Merkel and Japanese Prime Minister Shinzo Abe are enamored by his fantastic response to the novel coronavirus, and they’re following his lead. They’ve even told him as much on the phone.

“I spoke with Angela Merkel today, I spoke with Prime Minister Abe of Japan; I spoke with many of the leaders over the last four or five days. And so many of them, almost all of them — I would say all of them, not everyone would want to admit it — but they all view us as the world leader, and they’re following us,” Trump told House Republicans during an on-camera meeting on Friday.

“All of them, not everyone would want to admit it, but they all view us as the world leader, and they’re following us” — Trump claims that the US coronavirus response is the toast of world leaders (the US has well over 2 times more deaths than the second hardest-hit country) pic.twitter.com/3bW3Olt8Qj

Trump went on to talk up how US ventilator and testing capacity have expanded over the past month or so. But what he doesn’t seem to grasp is that because countries like Germany and Japan had more success containing the initial outbreaks of coronavirus, they haven’t needed ventilators as badly. And while Trump is in the habit of boasting about how the US has conducted so many more tests than other countries, the reality is that countries where the virus didn’t spin as out of control as it did here haven’t had to play catchup like the US has.

In short, Germany and Japan have little need for US help and certainly would not be interested in following in the path we’re on. Trump, however, is trying to turn that reality on its head.

“So many people have died. That’s the one thing we can’t do anything about, unfortunately.”

Trump’s bizarre comments about Germany and Japan came moments after he talked about the rising US death toll as if it were something he’s powerless to do anything about. He favorably compared the current state of affairs with a scenario in which the federal government literally did nothing and left as many as 2.2 million Americans to die.

“So many people have died. That’s the one thing we can’t do anything about, unfortunately,” he said. “What I can say is if we did it the different way — if we went ‘herd,’ if we just said ‘let’s wing it’ — we would’ve been talking about numbers that would’ve been unsustainable.”

TRUMP: “So many people have died. That’s the one thing we can’t do anything about, unfortunately. What I can say is if we did it the different way — if we went ‘herd,’ if we just said ‘let’s wing it’ — we would’ve been talking about numbers that would’ve been unsustainable.” pic.twitter.com/4HZpqLdMJT

Implicit in Trump’s comment is the idea that 2,000 Americans dying a day from the coronavirus is “sustainable.” Instead of trying to reduce that number by urging people to stay home and continue social distancing to slow the spread, Trump is doing the opposite by calling for states to reopen businesses. Models predict that states following his guidance will ultimately result in tens of thousands of preventable deaths, but at this point, the president’s paramount concern is trying to transform the coronavirus into an economic success story.

What Friday laid bare is that to the extent Trump has a plan to deal with the coronavirus, it’s a combination of passing the buck to the states, blind faith, and changing the topic whenever possible.

Trump insisted during Friday’s event that “this is going to go away, at some point.” Pressed to provide evidence, he said, “I just rely on what doctors say.”

TRUMP: This is going to go away.

REPORTER: But what evidence have you seen that coronavirus will go away without a vaccine?

TRUMP: I just rely on what doctors say.

(No doctor that I’m aware of has said this will happen) pic.twitter.com/UC7qvDyypH

But no serious doctor believes the coronavirus will simply disappear on its own. The top infectious disease experts in Trump’s own government have even said so publicly.

That comment wasn’t the only indication that Trump is struggling to comprehend the coronavirus problem. He responded to news that Katie Miller, press secretary for Mike Pence, tested positive for the coronavirus by framing it as an argument against frequent testing.

“Katie, she tested very good for a long period of time, and then all of the sudden today she tested positive,” Trump said. “This is why the whole concept of tests aren’t necessarily great.”

But the Miller news is actually an argument for more testing, not less, as the whole idea is to identify and quarantine asymptomatic carriers (as she claims to be) before they come into contact with other people and unwittingly spread the virus.

It’s also an argument for wearing masks. But even when he had an event with elderly World War II veterans at high risk of dying from Covid-19 on Friday, Trump refused to wear one.

Prev post It’s easy to sneak onto your partner’s phone. Don’t.
Next post Can I get a coronavirus test at home or not?