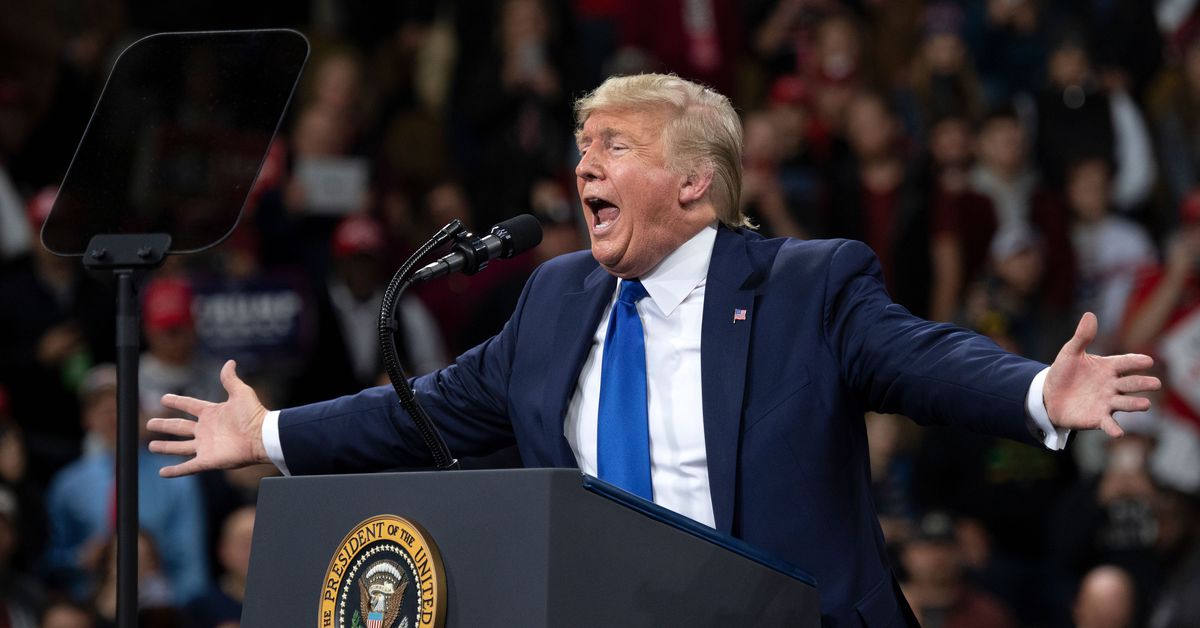 At the same time that presidential candidates at the Democratic debate in Des Moines, Iowa, were discussing foreign policy and their respective qualifications to be commander in chief, President Donald Trump was less than 400 miles away in Milwaukee bashing lightbulbs that make him look orange and toilets that don’t flush well enough for his liking.

Trump’s counterprogramming to the Democratic debate ended up being a relatively uneventful rally by his standards. But the contrast between the two events couldn’t have been more stark, and threw the stakes of the 2020 election into sharp relief.

“Somebody said, ‘Oh, sir, don’t mention the lightbulb,’” Trump said at one point, right around the same time that former Vice President Joe Biden was defending his vote for the Iraq War. “The new lightbulb costs five times as much, and it makes you look orange. And I was more interested in the orange than I was in the cost.”

Trump transitioned to hyping “new dishwashers that give you more water so you can actually watch and rise your dishes without having to do it 10 times” — comments that suggest he’s not overly familiar with how dishwashers function.

The president did show a bit of restraint, catching himself before he fully reprised the statements he first made last month about “flushing toilets 10 times, 15 times” because of federal water efficiency standards. He did, however, mimic flushing a toilet while alluding to how many times people flush (“10, 15 …”). He went on to lament that new showers only provide a “drip, drip, drip” that doesn’t get the job done washing “this beautiful head of hair.”

And what is Trump’s solution to these crushing environmental regulations? “We’re getting rid of the [water] restrictors, you’re gonna have full shower flow,” he said.

If it sounds silly, it was. But Trump’s audience responded with wild cheers. And, in all seriousness, the success Trump has had rolling back environmental regulations is no laughing matter.

During other parts of his speech, Trump bragged about war crimes. He joked about former Democratic President Lyndon B. Johnson perhaps being in hell and about his possibly serving more than two terms in office. He said he’d like to see Hillary Clinton locked up and trashed “filthy, dirty” blue cities like San Francisco in a manner that’s highly unusual for a president.

“You know, Lyndon Johnson was sort of a tough guy. Can you imagine his phone calls? He’s probably looking down, or looking up” — Trump suggests LBJ is in hell pic.twitter.com/4At8tr4Tvv

Meanwhile, in Des Moines, Democrats had sober, nuanced discussions of what they view to be America’s appropriate role in the world and health care policy — something Trump didn’t even mention in his speech.

The contrast indicated that Trump won’t be running for reelection on a policy platform, but on the strength of his appeal to his base, a relatively strong economy, and overheated attacks on his Democratic rivals. Oh — and by making America great again by turning the clock back to a time before wimpy liberal toilets.