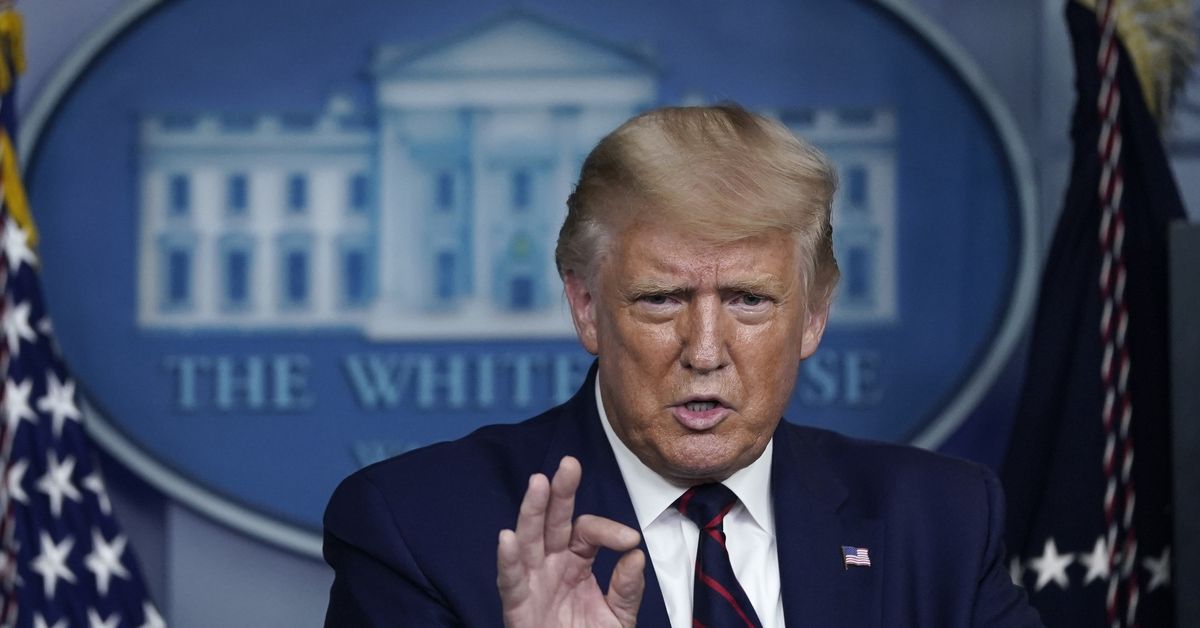 Trump’s decision to eliminate the antiracism training — featuring “critical race theory” and discussions of “white privilege,” according to the directive — comes amid a nationwide reckoning on racial injustice the president has firmly opposed.

The change was announced in a memo sent to the heads of federal agencies from Russel Vought, director of the Office of Management and Budget. Vought wrote that Trump ordered the sessions cancelled after learning federal agencies are spending millions of dollars training employees in “divisive, anti-American propaganda.”

Those trainings taught workers that “virtually all White people contribute to racism” or benefit from it, the memo claims, adding that some of the trainings have stated that there is “racism embedded in the belief that America is the land of opportunity or the belief that the most qualified person should receive a job.”

These teachings “engender division and resentment” within the federal workforce and contradict the “fundamental beliefs” of the nation, Vought claimed, adding that that is why Trump has asked him to stop “these divisive, un-American propaganda training sessions.”

The memo repeatedly cites “press reports” as having illuminated the substance of the trainings. While it doesn’t identify what those reports are, a New York Post opinion piece on the subject was published Tuesday and picked up by Fox News, which the president watches almost religiously.

Following reporting on the memo, Vought tweeted “the days of taxpayer funded indoctrination trainings that sow division and racism are over.” Trump, too, celebrated the decision on Twitter, highlighting the positive reactions of some supporters through retweets, and by asking people to “report any sightings” of the trainings “so we can quickly extinguish!”

Trump Orders Purge of ‘Critical Race Theory‘ from Federal Agencies https://t.co/ygXcTXRHsQ via @BreitbartNews This is a sickness that cannot be allowed to continue. Please report any sightings so we can quickly extinguish!

The decision is particularly salient one given that it comes amid one of the largest civil rights movements in American history, which has seen ongoing antiracism protests that have sparked conversations about racial inequities in a number of industries.

Trump’s decision seeks to root out trainings on critical race theory, framing it as an insidious idea that conceptualizes white people and institutions as inherently racist. This is not accurate, however.

Critical race theory is a school of thought that examines how race and racism is perpetuated through existing legal and cultural systems. It supposes that examining and critiquing social institutions — and creating spaces for people to color to share their experiences — can help create a fairer world. Examining the advantages white people enjoy in social, economic and political areas (also known as white privilege) is a part of understanding and challenging those systems.

But the Trump administration has long pushed back on that concept, which has been thrown into the spotlight as the US grapples with racial fault lines exposed by the coronavirus pandemic — which has disproportionately killed people of color — and continued shootings of Black people by police.

Trump has said the Black Lives Matter movement is a “symbol of hate” and has called those protesting police brutality “thugs.” He’s threatened to end protests by sending US troops into American cities, saying ongoing antiracism protests amount to “domestic terror.”

Throughout his presidency, Trump has vehemently opposed protesters’ and officials’ efforts to take down Confederate statues and has begun to promote a “law and order” campaign message that has included a racist dog whistle pledge to protect “suburban housewives” from “inner city” crime.

And the president has consistently declined to condemn brazenly racist comments or actions. For instance, when a supporter in a retirement community was filmed shouting “white power” while driving a golf cart bedecked with Trump memorabilia in June, he retweeted it.

Amid the pandemic, he’s called the coronavirus the “Chinese virus” and the “kung flu,” which his critics say has been connected to an increase in racist slurs and jokes against Asian Americans. He’s recently resurfaced birther conspiracy theories against Democratic vice presidential candidate Sen. Kamala Harris that echo the lies he repeatedly spread about former President Barack Obama.

The American public has responded in kind. Around half of Americans say the president has made race relations in the country worse since he took office, according to a Pew study — a number that has remained fairly steady since the start of Trump’s tenure. And Pew has also found confusion, as well as a deep partisan divide, over what the ongoing antiracism protests are about.

Despite Vought claiming otherwise, it is these sorts of divisions that diversity trainings — including those that feature critical race theory — are meant to bridge.