Trump keeps telling people to vote twice, even though that’s a crime 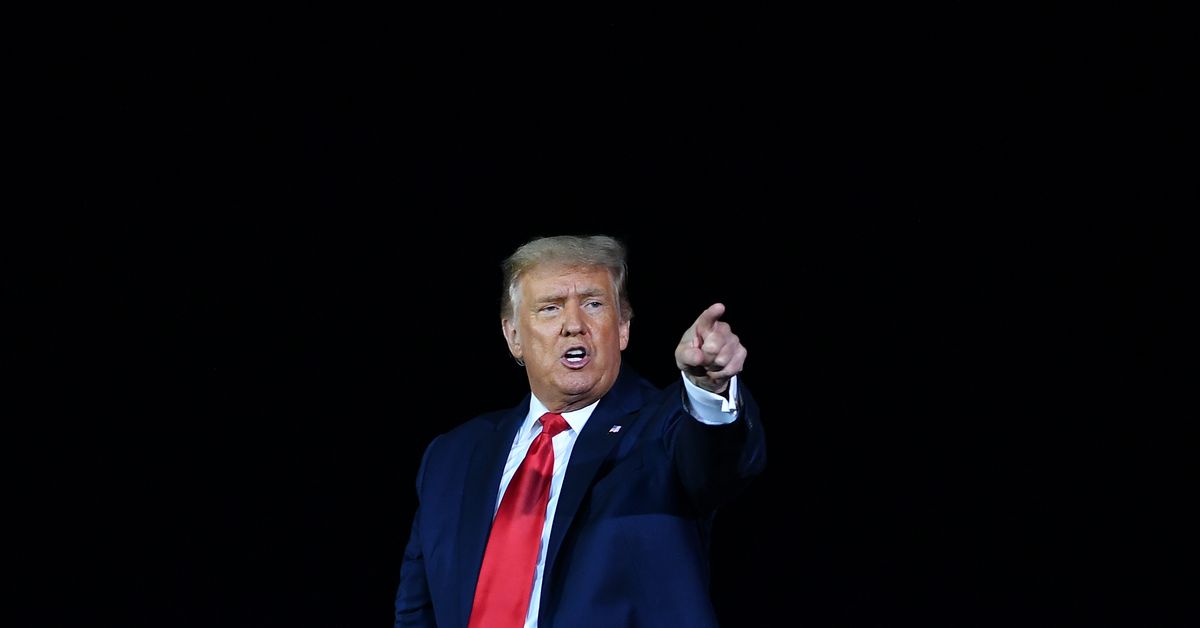 In a tweet, the president urged voters in the state, which is expected to feature a number of competitive races in November, to vote twice — once by mail and once in person. Voting twice is illegal in the state of North Carolina, as it is in all states. Twitter quickly hid the tweet for violating site rules about protecting “civic and election integrity,” though it has not been taken down, having been deemed to be of public interest.

Not only is voting twice is a crime in North Carolina, even Trump’s tweet might be a violation of North Carolina election law, which specifies that “to induce another to [commit a fraud to register or vote at more than one precinct or more than one time], in the same primary or election” is unlawful.

NORTH CAROLINA: To make sure your Ballot COUNTS, sign & send it in EARLY. When Polls open, go to your Polling Place to see if it was COUNTED. IF NOT, VOTE! Your signed Ballot will not count because your vote has been posted. Don’t let them illegally take your vote away from you!

Saturday’s tweet is not the first time Trump has made the suggestion that it would be wise to vote twice, which, again, is very much illegal. He also urged voters to vote twice earlier this month at a campaign stop in Wilmington, North Carolina, and he has repeatedly railed against mail-in voting, though there is no evidence that the system is any more vulnerable to fraud than in-person voting (all forms of voter fraud in the US are vanishingly unlikely).

In addition to being illegal, Trump’s advice is also wrong. As North Carolina board of elections director Karen Brinson Bell explained the first time Trump suggested double voting, “absentee ballots that are received on Election Day are not counted until after the election.”

In other words, if a North Carolina voter’s mail-in ballot hasn’t been counted by Election Day, that doesn’t mean anyone is trying to “take your vote away” — their ballot will still be counted as long as it’s postmarked by November 3 and received by November 6. Those who requested a mail-in ballot, but did not use it, are still allowed to vote in person, however.

It’s also not a great idea for voters who have already cast a ballot to be thronging to polling places on Election Day from a logistics perspective. As Bell notes, “it would lead to longer lines and the possibility of spreading Covid-19.”

The president has made it clear that the real motivation for his attacks on mail-in voting is political. In March this year, he told Fox & Friends that he was opposed to Democrats’ efforts to make it easier to vote because “if you ever agreed to it you’d never have a Republican elected in this country again.”

Trump: “The things they had in there were crazy. They had levels of voting, that if you ever agreed to it you’d never have a Republican elected in this country again.” pic.twitter.com/x5HmX6uogo

In other words, his opposition to vote-by-mail — and his advocacy for double voting — are nakedly political gambits, ones made all the more transparent for the fact that he himself voted by mail in the Florida primary recently.

However, Trump could actually be undermining his own chances this November, particularly with respect to his attacks on mail-in voting. According to Politico’s Anita Kumar, some Republican strategists are worried that the president’s fusillade of anti-mail-in voting rhetoric could drive down turnout and cost him the election.

Though an overwhelming majority of all registered voters, and a slimmer majority of Republicans, reported confidence in mail-in voting in a recent Washington Post-University of Maryland poll conducted by Ipsos, a far higher proportion of Republicans than Democrats and independents indicate that they are not confident in a mail-in ballot being accurately counted.

Trump’s vote-by-mail rhetoric is increasingly coming into conflict with social media companies’ efforts to combat election misinformation. Though it didn’t go as far as Twitter and hide Trump’s message, Facebook did append a fact-check to Trump’s identical Saturday morning post noting that mail-in voting has “a long history of trustworthiness in the US and the same is predicted this year.”

Both platforms have taken broader steps to combat election-related misinformation ahead of November. This week, Twitter announced a new set of policies to prevent the dissemination of election dis- and misinformation. Though the rules don’t go into effect until next week, previous Trump tweets would have run afoul of the new policies, as Recode’s Shirin Ghaffary has explained.

Facebook took similar steps last week, including an election-week moratorium on new political ads and a policy meant to guard against premature, false claims of victory on election night.

Trump appears set on tweeting through these rule changes, disinformation, illegal suggestions, and all.

If you’re planning to vote by mail this November, check out Vox’s state-by-state guide to all of the dates you need to know; for all your other voting needs, Vox’s Jen Kirby has you covered.