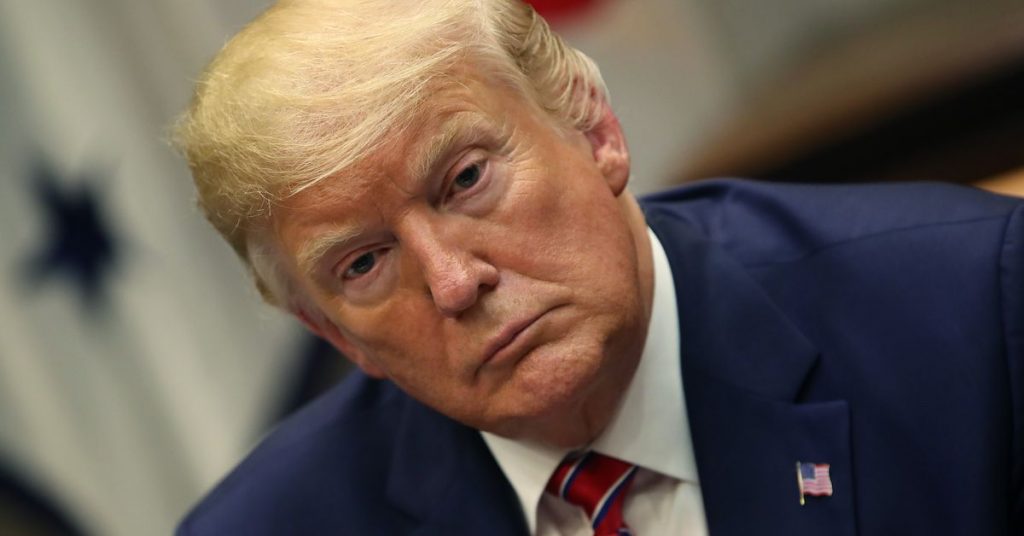 President Donald Trump said Wednesday he would accept information from foreign actors about his 2020 Democratic opponents.

And Trump said he would not necessarily let the FBI know if he did so, either.

“It’s not an interference,” Trump told ABC News’s George Stephanopoulos. “They have information. I think I’d take it.”

When Stephanopoulos told Trump the FBI’s director said the bureau ought to be called if a foreign government offers a candidate information, the president responded, “The FBI director is wrong.”

Trump also said a foreign government offering damaging information isn’t interference: “It’s not interference, it’s information,” and concluded by saying FBI agents have better things to do than deal with foreign actors engaging with American political campaigns. “The FBI doesn’t have enough agents to take care of it,” he said.

The president’s remarkable candor comes less than a month after outgoing special counsel Robert Mueller said in a press conference that his two-year investigation did not establish a criminal conspiracy linking the 2016 Trump campaign and Russian government officials. The Mueller report did, however, document contacts between the two sides; the special counsel said federal prosecutors had “insufficient evidence” to bring any charges against a broader conspiracy.

Attorney General William Barr, who drove the narrative around the rollout of Mueller’s findings, paused when asked if campaigns should report contacts from “foreign intelligence services” in a recent Senate hearing, before haltingly allowing that they should when pressed by Sen. Chris Coons of Delaware, a Democrat.

Mueller’s report contained at least 140 contacts between Trump and Russian associates. Officials from other countries — United Arab Emirates, China, Israel, and Mexico — have reportedly discussed trying to manipulate Jared Kushner, a senior adviser to the president and a key target for foreign contacts during the campaign and in the White House due to his focus on foreign policy and his family’s real estate business.

Kushner himself said in a recent interview with Axios he was unsure whether he’d tell the FBI if Russians contacted him to request another meeting similar to the infamous Trump Tower appointment in 2016 in which Russian actors offered the Trump campaign negative information about the president’s rival candidate, Hillary Clinton.

While Trump’s answer to the same question now sounds like Kushner’s, the president told reporters a month ago he would not accept help from a foreign adversary during the 2020 presidential campaign.

This week, however, he said, “There’s nothing wrong with listening. If somebody called from a country, Norway [and said], ‘We have information on your opponent’ — oh, I think I’d want to hear it.”

Congress has been debating whether to beef up election security as the 2020 campaign gets underway, given the depth of Russian interference documented in the Mueller report. Despite the concerns of some lawmakers, and the despite fact that two security bills recently made it out of the Senate Judiciary Committee, Senate Majority Leader Mitch McConnell has said that he would not bring up a security bill up for a vote in his chamber.