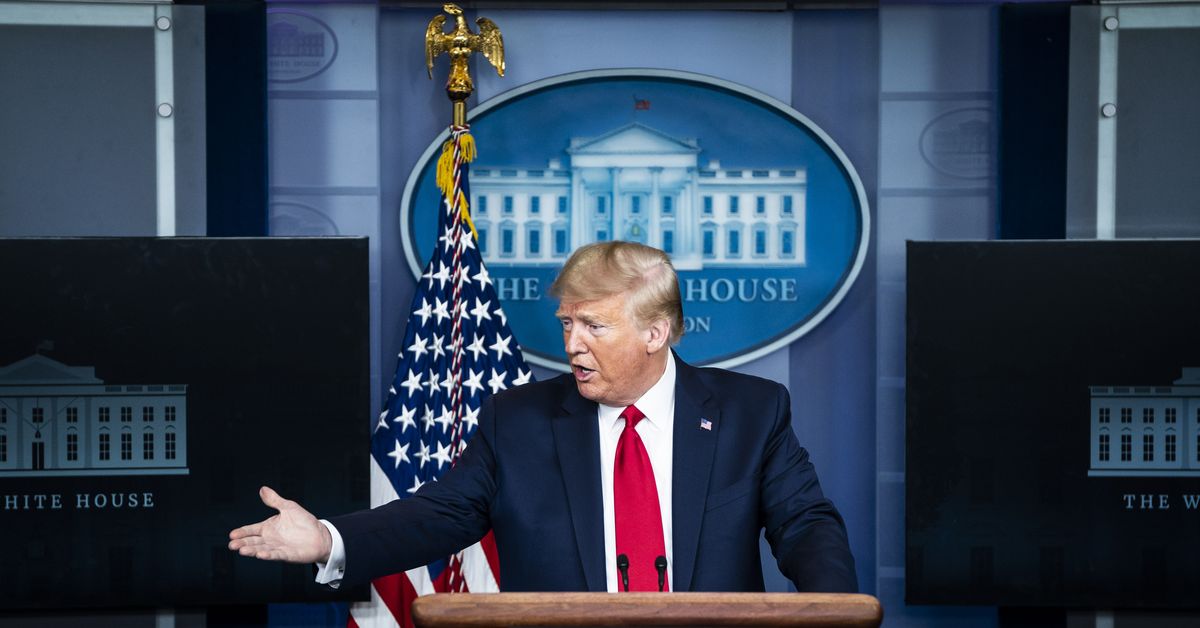 President Donald Trump and two of his top public health advisers have taken different stances on the issue of when — and how — the decision to ease social distancing will be made.

Trump has advocated for aggressive goals in recent days, and said Saturday on Fox News that he plans to base his decision on when to adjust federal social distancing guidelines and ask businesses to reopen “on a lot of facts and a lot of instincts.”

But two of his health advisers, director of the National Institute of Allergy and Infectious Diseases Dr. Anthony Fauci and Food and Drug Administration (FDA) commissioner Dr. Stephen Hahn, argued for a decision based only on the former Sunday. In separate appearances on CNN’s State of the Union and ABC’s Meet the Press, both officials emphasized that their recommendations would be based solely on constantly-changing data, hesitated to make firm or sweeping predictions, and challenged the notion that there is a single, set time when the entire country will be “ready” to resume life as it once was.

Trump has made it clear that he would like to see relaxed social distancing and businesses reopened soon as possible. Less than three weeks ago, he said he hoped to have the economy “opened up and raring to go by Easter,” a goal that both health officials and economists warned would backfire, because it would accelerate the spread of coronavirus and likely lead to the rapid reshuttering of the economy. Recent reports suggest the president now hopes to begin a return to normality by May 1, and there is growing pressure from some of his non-scientific advisers — as well as some Fox News personalities — to do so.

On Fox News’s Justice with Judge Jeanine Saturday, Trump twice emphasized that conditions would allow the economy to begin returning to normal “soon,” and when asked how he will decide when is the right time to advise businesses to reopen, the president gave a less measured answer than Fauci.

“I will be basing it on a lot of very smart people, a lot of professionals, doctors, and business leaders,” he said. “There are a lot of things that go into a decision like that. And it’s going to be based on a lot of facts and a lot of instincts also. Whether we like it or not, there is a certain instinct to it. But we have to get our country back.”

This is not the first time the president’s stance on his administration’s coronavirus response hasn’t exactly aligned with the stance of his experts. But the contrast between Trump’s eagerness to reopen the country based on his gut feelings and the cautious rhetoric of top health officials does help underscore how Trump’s decision-making process on the coronavirus is detached from expert counsel and haphazard in its execution.

Trump’s health officials have been far more cautious and hesitant to offer gut-level appraisals about the future of the economy or when it will be safe to end social distancing.

ABC’s Martha Raddatz asked Hahn on Sunday if May 1 was “a good target” for reopening the economy. He responded by declining to set a date for the decision.

And Hahn was also careful to temper the optimism some have felt in seeing the confirmed case rate begin to decrease in a number of coronavirus hotspots, like New York. When asked if the worst has passed with coronavirus infections, Hahn said that the models show that “we’re very close to the peak,” but emphasized that it’s important to “take this day by day as the data come in, because this has to be a data-driven approach.”

Fauci, too, was emphatic about how difficult it is to prognosticate in such a complex situation during his CNN appearance on Sunday.

“You’re trying to balance two things: You want to make sure you don’t do something prematurely and precipitously; at the same time you pay attention to the need to try and get back to normal,” he told Tapper.

When Tapper repeatedly asked when exactly the economy might be restarted, Fauci replied, “I think it could probably start at least in some ways maybe next month — and again, Jake, it’s so difficult to make those kinds of predictions.”

“We are hoping that at the end of the month we can look around and say, ‘Okay, is there any element here that we can safely and cautiously start pulling back on?’ If so, do it, if not, then just continue to hunker down,” Fauci added.

Whether the president takes these words to heart remains to be seen. But he has signaled recently he intends to create a concrete plan to see the economy functioning as normal again. Friday, he said he’ll announce the members of a new “‘opening our country task force’ or ‘opening our country council’” full of “great business leaders, great doctors” and “some governors” this week.