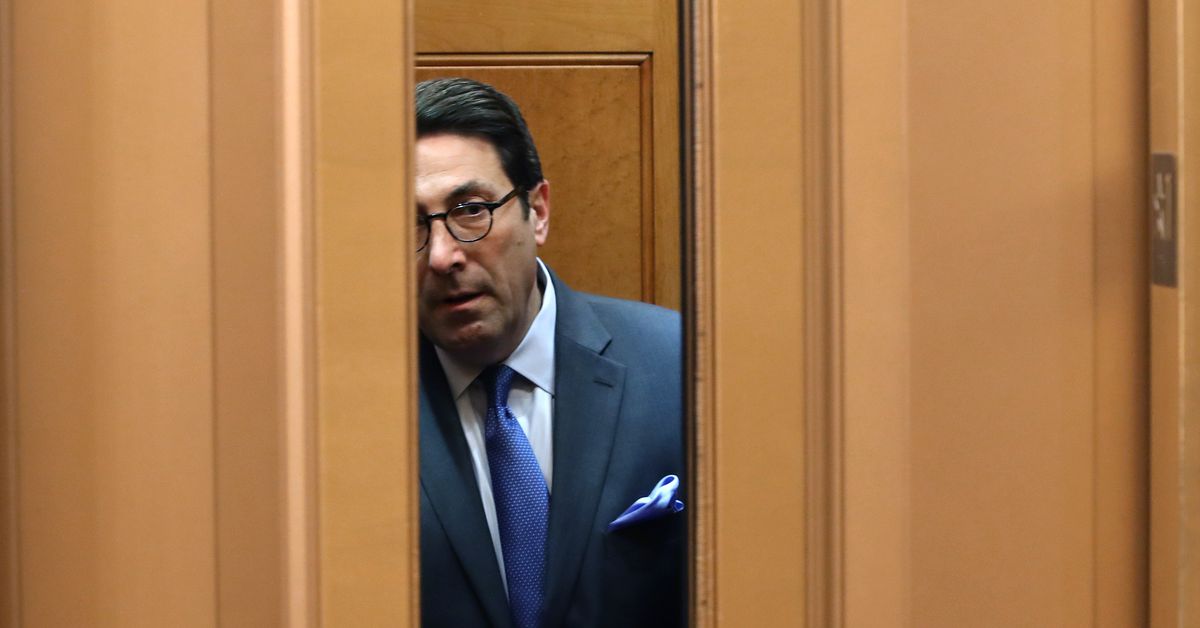 Over the course of three days, a panel of attorneys including, notably, Ken Starr and Alan Dershowitz, argued that Democrats were attempting to invalidate the results of the 2016 election.

Counsel also tried to thread the needle, suggesting that Trump didn’t commit the offenses he is charged with, and that even if he had, they do not meet the threshold for removal from office. The House has charged the president with abuse of power over his attempt to coerce a foreign country to investigate one of his political opponents, and obstruction of Congress over his attempt to stonewall lawmakers’ inquiry into that matter.

House Democrats had anticipated several of these points, and offered their own counterarguments ahead of time: They noted that the purpose of impeachment was for Congress to check presidents when they’ve abused their power and pointed to constitutional scholars who’ve argued that a crime is not needed to warrant impeachment.

Ultimately, Trump’s counsel was focused on keeping the trial short, in order to move toward a speedy acquittal: They needed to provide Senate Republicans just enough cover to say that they’d heard enough, and to conclude that more witness testimony isn’t necessary.

Revelations leaked from former National Security Adviser John Bolton’s forthcoming book might have complicated that plan, but Trump’s team worked to downplay them. And given GOP lawmakers’ existing focus on acquitting the president quickly, it’s likely that this case resonated.

Trump’s defense attempted to cast doubt on the facts that have been presented during the impeachment trial, and in doing so, inadvertently helped make the case for calling more witnesses.

Trump’s counsel on Saturday argued that many of the individuals Democrats cited did not have firsthand knowledge about the quid pro quo the president engaged in with Ukraine.

“Most of the Democrats’ witnesses have never spoken to the president at all, let along about Ukraine,” Trump attorney Mike Purpura said. “All Democrats have to support the alleged link between security assistance and investigations are Ambassador Sondland’s assumptions and presumptions.”

Sondland and other officials including State Department official David Holmes testified to their understanding of this quid pro quo and said that there was no other explanation for the set of facts that were presented to them. But, as Trump’s counsel were able to point out — neither of them were explicitly told this was a quid pro quo in stark terms. And Sondland’s credibility, in particular, was questioned.

In perhaps one of the most effective moments of the Republicans’ arguments, counsel displayed a supercut of Sondland’s testimony in the House during which he repeatedly said that his conclusions were based on his own “assumptions.”

But since Purpura made that argument, a New York Times report has come out, revealing a bombshell from Bolton, who’s said that he was directly told by Trump about the quid pro quo between military aid and political investigations. Democrats emphasized that Republicans’ arguments have only bolstered the case for including more witnesses who have direct knowledge about the quid pro quo.

Ken Starr railed on the “age of impeachment”

Starr, the independent counsel who conducted the investigation that led to former President Bill Clinton’s impeachment, is now over impeachment, it appears.

In remarks heavily laced with irony, Starr argued that impeachment — as a means for Congress to check the president — was now being used far too often.

“The Senate is being called to sit as the high court of impeachment all too frequently,” Starr said. “Indeed, we are living in what I think can aptly be described as the ‘Age of Impeachment.’”

As Vox’s Sean Collins notes, these arguments were were presented against the backdrop of Starr’s own involvement in past impeachment proceedings:

He led Republican efforts in the House to investigate Clinton, and published his findings in what became known as the Starr Report, a document that was far more showy than Mueller’s work, and one that made an express recommendation, finding Clinton’s conduct “may constitute grounds for impeachment.”

It’s a subject Trump’s defense has been keen to focus on to demonstrate that the president was attempting to root out corruption in his requests to President Volodymyr Zelensky. Democrats, however, have provided detailed evidence to demonstrate that Trump’s request to Zelensky was singularly focused on this political investigation, and not broader corruption.

A debunked conspiracy theory had also suggested that part of the reason Joe Biden pushed to fire Ukrainian prosecutor Viktor Shokin was to protect his son Hunter Biden, from further scrutiny.

There is no evidence to indicate this was the case, a point that House impeachment manager Rep. Sylvia Garcia emphasized. “Every witness with knowledge of this issue testified that Vice President Biden was carrying out official US policy,” she said.

Bondi suggested that Trump’s defense team focused on the Bidens because House impeachment managers had done so first, even though it was likely they would have done so either way.

“We would prefer not to be discussing this, but the House managers have placed this squarely at issue, so we must address it,” Bondi said.

Dershowitz, in his remarks on Monday, said that the explicit outlining of a quid pro quo in Bolton’s manuscript does not rise to the level of an impeachable offense.

The central point of Dershowitz’s remarks was that the impeachment of a president required a crime, a perspective that many constitutional scholars disagree with.

Sekulow rounded out the defense arguments by calling on lawmakers to disregard the revelations from the Bolton manuscript, arguing that the recent report doesn’t qualify as evidence given its reliance on unnamed sources who had seen the book.

“You cannot impeach a president on an unsourced allegation,” Sekulow said.

The Bolton revelations have played a major role in renewing pressure on Republican senators to consider hearing witnesses who have direct knowledge about Trump’s handling of Ukraine aid. Trump’s counsel, however, has argued that the allegations aren’t substantive enough to be considered — and even, if true, that they do not constitute an impeachable act.

Bolton’s manuscript, of course, only further strengthens Democrats’ comprehensive slate of evidence noting how Trump conditioned military aid on political favors. Whether enough senators want to hear from him, however, is an open question.

Trump’s counsel used Democrats’ own words against them

Much like the House impeachment managers, Trump’s counsel dug up some old video clips, in order to use Democrats’ past words against them.

As part of their closing, Trump’s lawyers played clips of a number of prominent Democrats including Reps. Jerry Nadler and Zoe Lofgren, as well as Senate Minority Leader Chuck Schumer, to show how their perspectives on impeachment had changed since the 1990s.

“If you look to the words from the past that I think are instructive, they’re instructive because they were right then and they’re right now,” Cipollone said.

These clips featured Democrats making several of the same arguments that Republicans used this time around, including arguing, for example, that impeachment should not be leveraged on a partisan basis.

“There must never be a narrowly voted impeachment,” Nadler said. “By these actions you would undo the free election that expressed the will of the American people in 1996,” Lofgren said. “My fear is that when a Republican wins, the White House Democrats will demand payback,” Schumer said.

The House impeachment managers employed a similar tactic when they played clips of Sen. Lindsey Graham’s remarks as a House manager. In both cases, this method was quite effective, drawing a visceral reaction from senators in the audience, and demonstrating how much positions have shifted for lawmakers in both parties.