Trump’s impeachment trial countermessaging has been tasteless and incorrect tweets 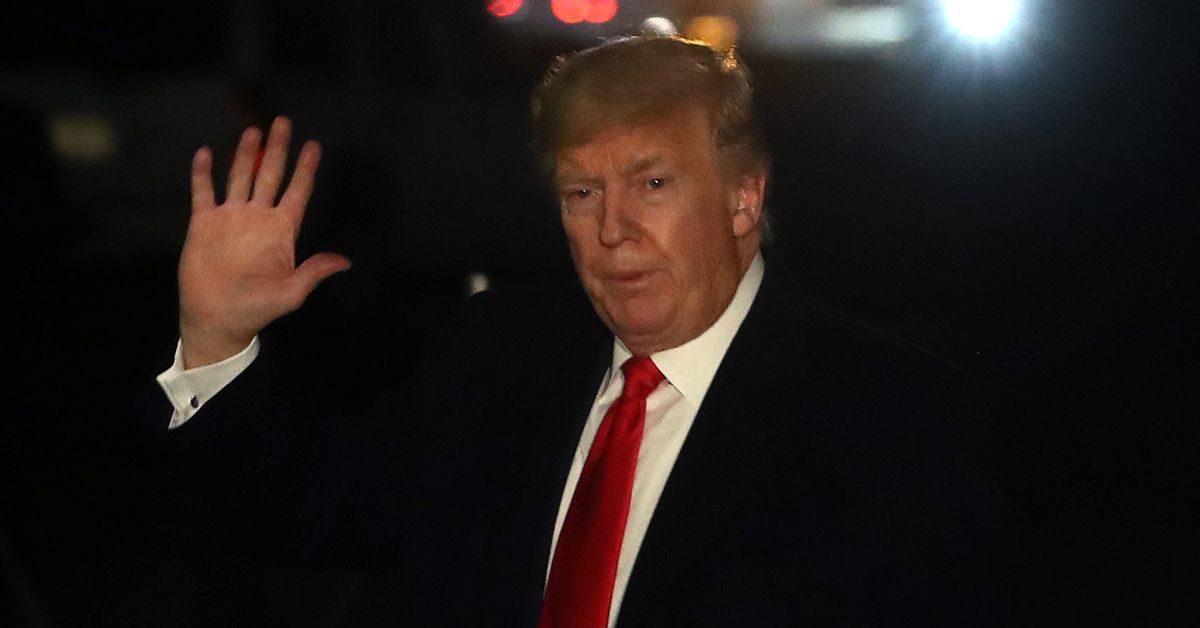 President Trump’s counternarrative to his Senate impeachment trial has been to post increasingly bad tweets.

This was especially apparent on Thursday, when Trump posted a remarkably tone-deaf tweet about trucks “pushing snowflakes aside,” then followed that up with another using a photoshopped image to smear former President Barack Obama. Those tweets came hours after he posted a string of complaints about the impeachment trial that mangled basic facts, and a day after he set a single-day posting record with more than 140 tweets and retweets — a record that seems unlikely to survive the trial.

Trump’s tweets continue to be taken seriously in the echo chamber of Fox News, which has worked overtime to downplay the impeachment trial and spin it in the most favorable possible manner for the president. But a sober examination of Trump’s tweets reveals an off-the-rails presidency, even if we’re becoming increasingly numb to it.

While Democratic impeachment managers made the case against him in the Senate on Thursday afternoon, Trump posted an unsourced photo of a truck affixed with a plow emblazoned with the following slogan: “TRUMP 2020: PUSHING SNOWFLAKES ASIDE.”

“That is a real fan,” Trump wrote above the image. “Thank you!”

This tweet might appear as a bit of relatively harmless fun. But it’s remarkably tasteless when interpreted in the context of what happened in Charlottesville, Virginia, in August 2017 to Heather Heyer — a counterprotester who was killed by a neo-Nazi who ran her over with his vehicle.

Trump infamously responded to that incident by describing the white supremacists who had gathered in Charlottesville for the “Unite the Right” rally as “very fine people.” And his tweet on Thursday veered uncomfortably close to making light of the murderous behavior that killed Heyer.

A 45 supporting Nazi literally did this & killed Heather Heyer. 45 is praising that same horrid act as being “a real fan.”

Perhaps Trump just didn’t think through the implications of his “PUSHING SNOWFLAKES ASIDE” tweet before he posted it. But the same cannot be said for another tweet he posted later Thursday smearing Obama with a photoshopped image.

That post, which is Trump’s pinned tweet as this is published, shows Obama using binoculars to look into Trump Tower and spy on Trump — a visual depiction of a conspiracy theory Trump has spent three years pushing.

Suffice it to say there’s no evidence the Obama administration spied on Trump. The FBI did use the Foreign Surveillance Intelligence Act (FISA) to surveil onetime Trump campaign foreign policy adviser Carter Page, but that didn’t happen until after Page left the campaign. Trump, however, won’t let facts get in the way of his narrative that Obama and company conspired to take him down before he even took office.

While that tweet might not seem directly related to the impeachment inquiry, for Trump, the Ukraine scandal is just a continuation of the Russia “hoax” investigated by special counsel Robert Mueller — never mind that his actions (firing FBI Director James Comey in the Russia case, perverting diplomacy for political favors in the Ukraine one) were directly responsible for each of them.

Trump began his day on Thursday with a string of tweets about the impeachment process that botched a number of basic facts.

“The Democrat House would not give us lawyers, or not one witness, but now demand that the Republican Senate produce the witnesses that the House never sought, or even asked for?” Trump wrote in one. “They had their chance, but pretended to rush. Most unfair & corrupt hearing in Congressional history!”

The Democrat House would not give us lawyers, or not one witness, but now demand that the Republican Senate produce the witnesses that the House never sought, or even asked for? They had their chance, but pretended to rush. Most unfair & corrupt hearing in Congressional history!

Every factual claim in Trump’s tweet is false. House Judiciary Committee Chair Jerry Nadler (D-NY) allowed Trump’s lawyer to participate in the impeachment inquiry; multiple witnesses requested by Republicans testified to House investigators; and the reason House Democrats couldn’t get all the documents they sought is because of White House stonewalling, not because they “never sought” them.

Trump followed up that tweet with others that pushed a false equivalency between the Obama administration withholding foreign aid for legitimate reasons and his effort to hold it up for political favors, and another that without a shred of irony accused Democrats of trying to undermine the 2020 election — the exact sort of cheating that resulted in his impeachment.

Three years into the Trump presidency, we’ve become somewhat numb to the president’s bonkers Twitter account. This month alone, I’ve documented how Trump spent his holidays retweeting QAnon and Pizzagate accounts and used his large platform to out the government whistleblower who first sounded the alarm about his dealings with Ukraine. I also detailed how tweets Trump posted about Iran that added fuel to a crisis that brought the two countries to the brink of war and illustrated his total disregard for congressional oversight.

But it’s clear that Trump’s bad tweets are part of a broader problem — comments he made offline this week about the Ukraine scandal and Iran have been just as incendiary and allergic to the truth.

In a sane world Trump downplaying injuries to US troops that the public only belatedly learned about as “not very serious” would be a huge scandal pic.twitter.com/jtHTx87fyb

So it’s not just Trump’s tweets that have become increasingly normalized as we get further and further away from having a president who is held to any sort of standards. It’s Trump’s behavior in general. And one wonders how bad things will get in the likely event that Trump is acquitted by the Senate and heads into his reelection campaign feeling even less constrained by any sort of oversight.

Prev post Is it okay to sacrifice one person to save many? How you answer depends on where you’re from.
Next post Trump’s Space Force boldly goes where Star Trek went before