Trump’s push to hold the G7 at a resort he still owns and profits from, explained 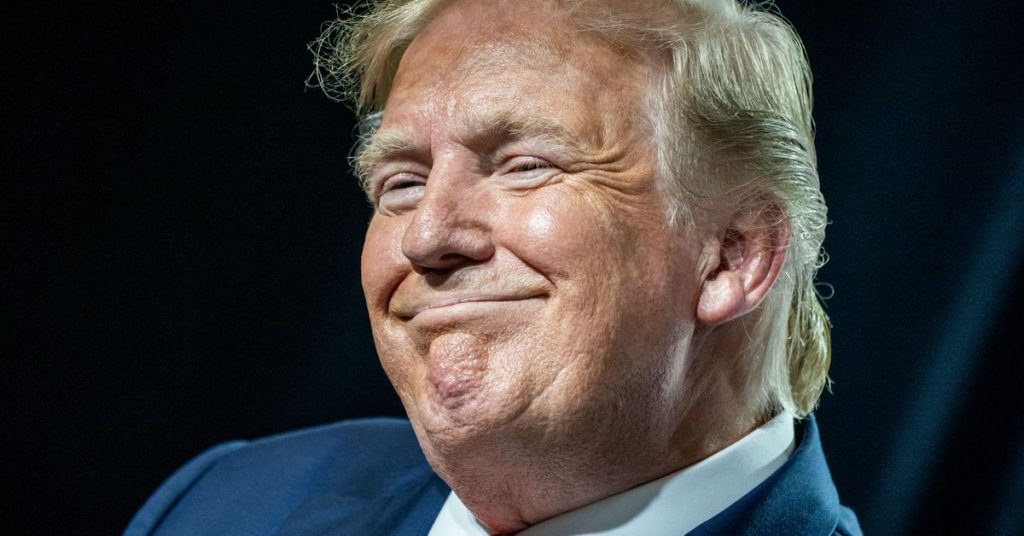 President Donald Trump wants to host 2020’s G7 meeting of international leaders at Trump Doral in Florida, a private club he still owns and profits from — a move that would serve as perhaps the starkest illustration yet of how Trump is normalizing corruption.

Having the G7 at Doral would be tantamount to “a free, giant international promotion” for Trump’s business, said Jordan Libowitz, the communications director for Citizens for Responsibility and Ethics in Washington (CREW), in an interview with Vox.

Trump first raised the idea of hosting next year’s meeting at his Doral, Florida-based golf resort during a bilateral meeting with German Chancellor Angela Merkel on on Monday, the last day of this year’s G7 in France, saying of Trump Doral that “we haven’t found anything that could even come close to competing with it, especially when you look at the location right next to the airport” in Miami.

Trump uses G7 to promote private Doral resort he still owns and profits from, which he says may host the G7 next year: “It’s a great place. It’s got tremendous acreage … people are really liking it … we haven’t found anything that could even come close to competing with it.” pic.twitter.com/MK2vY2inK1

Trump’s comments raised some eyebrows, and during his G7-ending press conference a few hours later, he was asked by NBC’s Hallie Jackson to respond to people who are concerned he’s profiting from the presidency. He responded by plugging Trump Doral.

“With Doral we have a series of magnificent buildings — we call the bungalows — they each hold from 50 to 70 luxurious rooms, with magnificent views. We have incredible conference rooms, incredible restaurants. It’s, like, such a natural,” Trump said, before adding, dubiously, that “in my opinion I’m not going to make any money.”

Shortly after the press conference ended, the White House Twitter account seemed to make the announcement official in a tweet featuring video of the comments Trump made promoting Doral.

Libowitz told Vox that previous presidents might “have separated themselves from their assets, so the American people could never doubt that they were making decisions in the best interests of the American people as opposed to the best interests of their bottom line.” But Trump is “openly using American foreign policy to help prop up a struggling business of his.” (The Washington Post reported earlier this year that Doral’s net operating income has declined by nearly 70 percent since 2015, a decline experts attributed to the Trump brand’s toxicity.)

“For a lot of presidents, just the appearance of a conflict of interest would be as bad as a conflict of interest, because how they are viewed by the American people mattered to them,” Libowitz added. “With Trump it is the Trump business first. And that opens him up to all kinds of potential corruption.”

Norms will not constrain Trump, and so far, the courts haven’t either

Trump’s push to have the next G7 meeting in a place where the US government and international governments would be forced to patronize his business is perhaps the starkest illustration yet of how he’s thumbing his nose not just at tradition and ethical standards but also the Constitution’s emoluments clause, a little-used part of the Constitution to guard against corruption of the president by foreign interests.

The move perhaps isn’t surprising, given Trump’s willingness to break decades of precedent by refusing to divest from his business interests when he took office. And Trump has used the guise of diplomacy to promote his businesses before. He’s hosted Chinese President Xi Jinping at his Mar-a-Lago resort and has repeatedly hosted Japanese President Abe Shinzo there as well. While those summits served as textbook examples of corruption, hosting the G7 at a resort that Trump has described in federal disclosures as one of his biggest moneymakers would take things up a notch.

And it’s not as though there aren’t other sites in the US that the president could use to host next year’s G7. The US government-owned Camp David in Maryland, for instance, hosted the G8 in 2012. But what Camp David doesn’t provide is a moneymaking opportunity for Trump.

Trump, of course, has continually promoted his properties since taking office. When he’s not at one of his golf courses, he’s at the Trump International Hotel having dinner. His adult sons, who are ostensibly managing the family business while he’s in office, have more or less given up the pretense that there’s a significant firewall between the private family business and the administration. And the legal challenges aimed at forcing Trump to separate from his business have so far been fruitless.

On the heels of Trump’s comments about Doral, Senate Finance Committee ranking member Ron Wyden (D-OR) released a statement saying that “[u]nder no circumstances should the G7 be held at Trump’s Doral resort, which would be one of the most egregious examples of corruption and self-dealing in a presidency replete with them.”

“Trump is using the office to line his own pockets at the expense of the American people are our standing in the world,” Wyden added. “Requiring our allies to spend money at the president’s hotel would be an insult to them and a violation of our Constitution’s emoluments clause.”

But in a sign of how little Democrats like Wyden can do right now about Trump’s corruption, his statement goes on to call on the Treasury Department — which is led by Trump loyalist Steve Mnuchin — to “not allow this to go forward.” Mnuchin, however, has enabled Trump at every turn, and there’s no reason to believe that’s suddenly changing now.

Libowitz acknowledged this reality during his interview with Vox.

But he also cautioned against normalizing Trump’s behavior on this front.

“I would just say that it’s dangerous to write off corruption as a feature of the system that nothing can be done about,” he said. “In some cases, it might be that new laws are needed to keep these things from happening in the future.”

In the present, however, Trump seems to be moving ahead with plans to turn one of the world’s most prestigious diplomatic events into an informercial for his family business.