Turkey Claims to Have ‘Captured’ Cleric’s Relative in Kenya

The removal of a Turkish citizen from his home in Kenya is part of the crackdown by President Recep Tayyip Erdogan on those he sees as connected to a failed 2016 coup. … 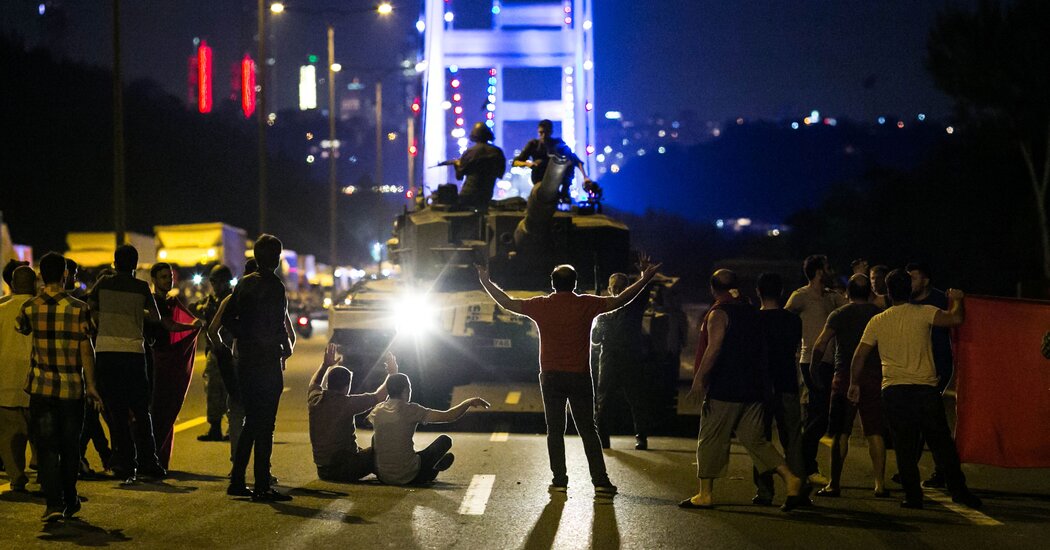 ISTANBUL — Turkey’s intelligence service claims it has “captured” a Turkish citizen related to a cleric they say orchestrated a failed coup, and taken him from his home in Kenya to Turkey, the state-run Anadolu news agency reported Monday.

The man, Selahaddin Gulen, is reported to be the nephew of Fethullah Gulen, an Islamic preacher based in the United States who is accused of organizing a coup against President Recep Tayyip Erdogan in 2016.

Mr. Erdogan faced down the coup attempt and cracked down hard in the aftermath, imposing a state of emergency for two years, detaining 100,000 people and purging 150,000 public employees from their jobs.

More than 8,000 military personnel were prosecuted for their part in the insurrection.

Abroad, the crackdown has involved the forced renditions of 80 or more Gulen supporters and the closing of dozens of schools run by his movement. Turkey has requested the extradition of Fethullah Gulen from the United States, but Washington has done little to meet that demand. American officials have said the evidence presented by Ankara is insufficient to stand up in court.

The failure to extradite Mr. Gulen is one of several complaints expressed by Mr. Erdogan in his worsening relationship with the United States.

Teachers and administrators of some of the movement’s schools have been extradited or deported with the cooperation of some countries, including Kosovo, Bulgaria and Malaysia.

The Turkish government accused six Turkish citizens who were deported from Kosovo in March 2018 of having connections to Mr. Gulen, whose Islamic movement has garnered support in the Balkans, among other places.