WASHINGTON — The strange sound came at night: a crack like a marble striking the floor of the apartment above them.

Mark Lenzi and his wife had lightheadedness, sleep issues and headaches, and their children were waking up with bloody noses — symptoms they thought might be from the smog in Guangzhou, China, where Mr. Lenzi worked for the State Department. But air pollution could not explain his sudden memory loss, including forgetting names of work tools.

What began as strange sounds and symptoms among more than a dozen American officials and their family members in China in 2018 has turned into a diplomatic mystery spanning multiple countries and involving speculation about secret high-tech weapons and foreign attacks.

One of the biggest questions centers on whether Trump administration officials believe that Mr. Lenzi and other diplomats in China experienced the same mysterious affliction as dozens of diplomats and spies at the American Embassy in Cuba in 2016 and 2017, which came to be known as Havana Syndrome. American employees in the two countries reported hearing strange sounds, followed by headaches, dizziness, blurred vision and memory loss.

withdrew most of its staff members from the embassy and issued a travel warning, saying U.S. diplomats had experienced “targeted attacks.” 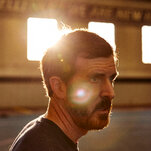