Attorney General William P. Barr said that investigators had obtained a confession in 2012 from a bomb expert admitting his role in the terrorist attack on a jetliner over Scotland. … 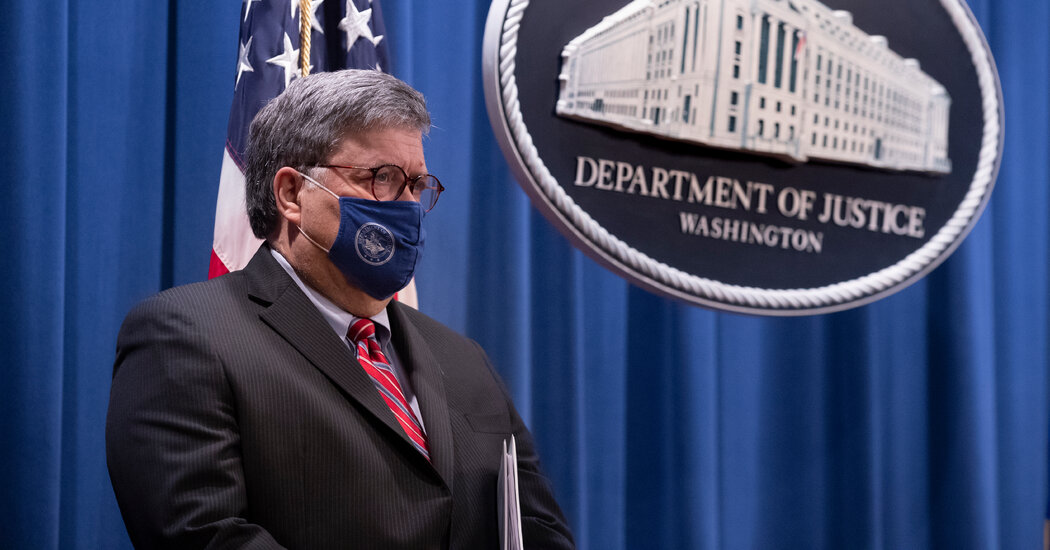 WASHINGTON — Attorney General William P. Barr on Monday announced criminal charges against a former Libyan intelligence operative accused of building the explosive device that was used in the 1988 bombing of Pan Am Flight 103, one of the deadliest terrorist attacks in United States history, stemming partly to a confession that he gave nearly a decade ago while imprisoned in Libya.

The announcement bookends Mr. Barr’s two tours of duty as attorney general, first under President George Bush and now under President Trump. At his first news conference as the acting attorney general under Mr. Bush in 1991, he announced charges against two suspects in the explosion of the jetliner over Lockerbie, Scotland. On Monday, the 32nd anniversary of the attack, Mr. Barr revealed charges against a third person, a shadowy bomb expert named Abu Agila Mohammad Mas’ud.

The Justice Department charged Mr. Mas’ud with two criminal counts, including destruction of an aircraft resulting in death, according to court documents unsealed on Monday. He is halfway through a 10-year sentence in a Libyan prison for unrelated crimes.

“Let there be no mistake,” Mr. Barr said. “No amount of time or distance will stop the United States, and its partners in Scotland, from pursuing justice in this case.”

Mr. Mas’ud’s name had surfaced during the investigation into the bombing of the flight, which killed 270 passengers, including 190 Americans. But officials examining what happened failed to confirm his identity or locate him after the attack, Mr. Barr said. Mr. Mas’ud appeared to have had a role in the explosion, but his exact involvement remained murky. But the department said that Col. Muammar el-Qaddafi, Libya’s leader at the