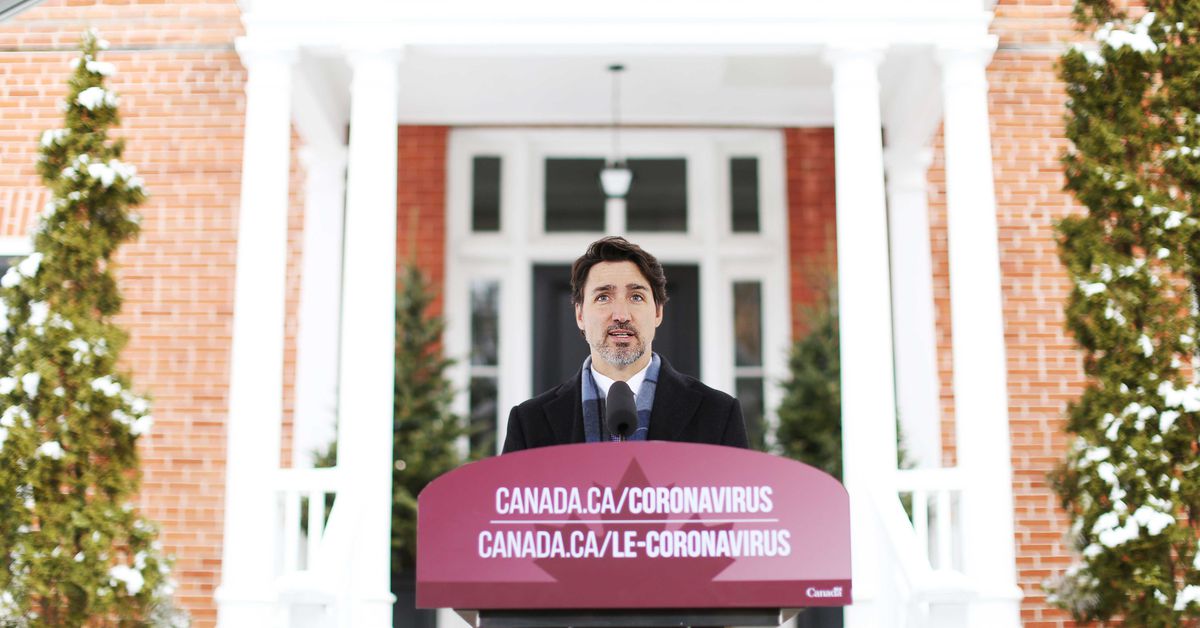 As countries across the globe face a shortage of medical supplies needed to combat the spread of Covid-19, some US allies have begun expressing dismay over President Donald Trump’s efforts to secure personal protective equipment (PPE) for the United States.

A German official has accused the US of “modern piracy,” calling the country’s efforts to obtain PPE overly aggressive, and officials in Brazil, Spain, and Canada have expressed a frustration shared by numerous US governors — that the Trump administration is aggressively outbidding them, leaving them unable to buy badly needed PPE.

These complaints come as Trump invoked the Defense Production Act (DPA) — which allows the federal government to dictate the production and delivery schedules of private companies — Friday in order to prevent the export of protective medical gear overseas. In response, Canadian and German leaders have expressed dismay, but say they will not formally retaliate against the United States.

“We are not looking at retaliatory measures or measures that are punitive,” Canadian Prime Minister Justin Trudeau said during his daily address in Ottawa, while warning there may be some unintended negative consequences nevertheless. “We know it is in both of our interests to work collaboratively and cooperatively to keep our citizens safe.”

American manufacturing company 3M, one of the few US-based manufacturers of critical N95 masks, issued a similar warning Friday, arguing that attempts to keep protective equipment within the US could have the opposite effect, depressing trade among allied countries and leading to punitive measures by other nations’ governments.

3M is under a DPA order to prioritize the US in delivering masks, and that order seems as if it may have caused some friction with Germany — a shipment of 200,000 masks ordered by German police was allegedly confiscated by the US, something German officials believe was done under the act.

It was this that led German interior minister Andreas Geisel to accuse the US of “an act of modern piracy.”

“We are currently assuming that this is related to the US government’s ban on mask exports,” Geisel said in a statement. “This is not how you deal with transatlantic partners. Even in times of global crisis, wild west methods shouldn’t rule.”

German press reported that the shipment came from 3M facilities in China; that company has denied that the seized masks came from them. A German official later gave a more measured statement, according to the Washington Post, that made it unclear where the masks eventually ended up.

Meanwhile, Brazilian and French officials have accused the White House of outbidding them on equipment purchases, and of leveraging resources they cannot compete with.

“The United States has ordered 23 huge airplanes to China to bring back the materials that they’d acquired,” Brazilian health minister Luiz Henrique Mandetta told reporters this week, as the country has seen its medical stockpile depleted. And a regional official in Paris likewise accused the US of outbidding France on a mask order, an allegation which the US government has denied.

These exchanges underscore the challenges that world leaders are facing in trying to both keep their citizens supplied with necessary equipment and comply with international trade deals and longstanding alliances. Germany and France have both attempted to crack down on exports of their own manufactured goods, according to the Financial Times, and nearly every country with a major outbreak — including the US — faces a shortage of PPE and other medical supplies.

But increasingly, the US is being warned that restrictive policies could lead to widespread consequences.

In a statement Friday, 3M warned the Trump administration’s use of the DPA to limit exports could both snarl the US supply chain and create humanitarian disasters in countries that could not otherwise readily access equipment.

And earlier on Friday, Trudeau warned about trade interruptions during a global emergency.

“It would be a mistake to create blockages or reduce the amount of back-and-forth trade of essential goods and services, including medical goods, across our border,” he said.

Although Canada is not a leading producer of PPE and other medical goods, thousands of health care professionals go back and forth between Canada and American hospitals — particularly in the hard-hit city of Detroit. Should the Canadian government want to retaliate, it could limit this travel. Trudeau said Saturday, however, that he would not halt those workers.

Instead, Trudeau said, his nation is working to ensure it does not have to look beyond its borders for goods: that it is ramping up domestic production of PPE including gowns, gloves, and masks, and is anticipating a shipment of several million masks within the next two days.

In response to criticism about the new use of the DPA, Trump said that in-process orders would not be halted, and that large shipments to countries with especially bad outbreaks could continue to go forward.

However, given the international scale of the pandemic, international cooperation will be increasingly necessary to ensure equipment — the production of which often relies on a global supply chain — is available to everyone who needs it.