VHS Tapes Are Worth Money

Despite the rise of streaming, there is still a vast library of moving images that are categorically unavailable anywhere else. Also a big nostalgia factor. …

Michael Myerz, 29, an experimental hip-hop artist in Atlanta, who has a modest collection of VHS tapes, finds the medium inspirational. Some of what Mr. Myerz seeks in his work, he said, is to replicate the sounds from “some weird, obscure movie on VHS I would have seen at my friend’s house, late at night, after his parents were asleep.” He described his work as “mid-lo-fi.” “The quality feels raw but warm and full of flavor,” he said of VHS.

For collectors like April Bleakney, 35, the owner and artist of Ape Made, a fine art and screen-printing company in Cleveland, nostalgia plays a significant role in collecting. Ms. Bleakney, who has between 2,400 to 2,500 VHS tapes, views them as a byway connecting her with the past. She inherited some of them from her grandmother, a children’s librarian with a vast collection.

Ms. Bleakney’s VHS tapes are “huge nostalgia,” she said, for a child of the 1980s. “I think we were the last to grow up without the internet, cellphones or social media,” and clinging to the “old analog ways,” she said, feels “very natural.”

“I think that people are nostalgic for the aura of the VHS era,” said Thomas Allen Harris, 58, a creator of the television series “Family Pictures USA” and a senior lecturer in African-American studies and film and media studies at Yale University. “So many cultural touch points are rooted there,” Mr. Harris said of the 1980s. It was, he believes, “a time when, in some ways, Americans knew who we were.”

The VHS tape, of course, had a life span. Developed in Japan in 1976, brought to the United States in 1977, and essentially discontinued in 2006 when films stopped converting to tape, 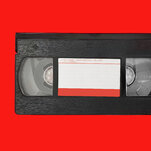