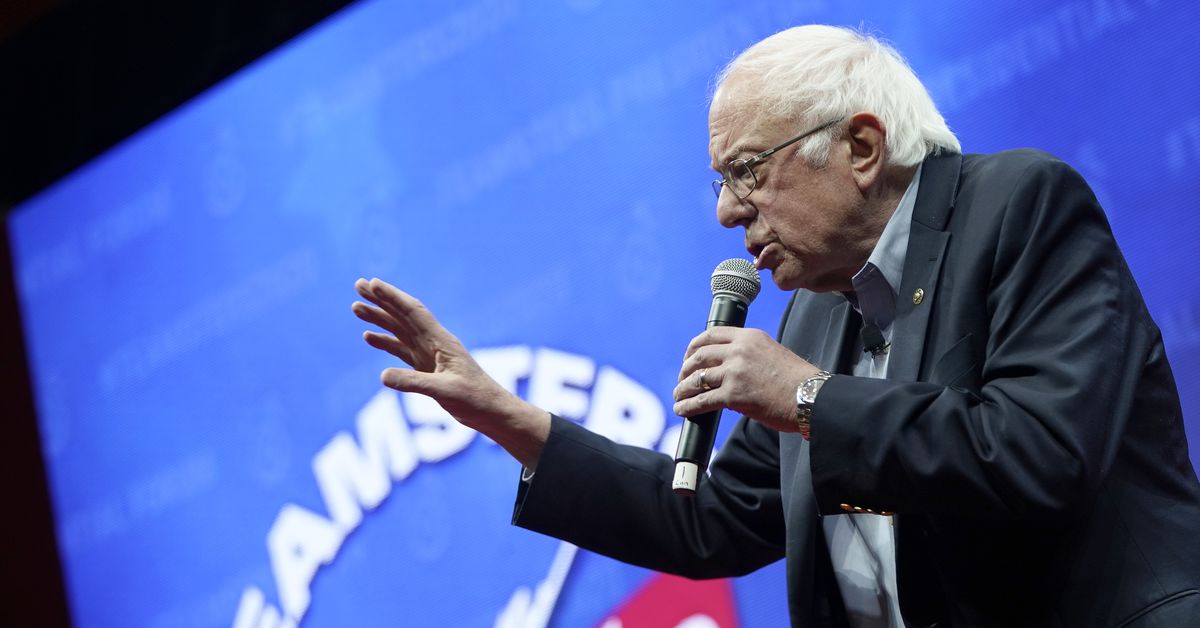 Uygur is running for the seat left vacant by the resignation earlier this year of Rep. Katie Hill. On Thursday, Sanders called him “a voice that we desperately need in Congress,” according to the Los Angeles Times.

But others say Uygur has been using his platform for years to make offensive statements about women, Jews, Muslims, and other groups. In 2016, for example, he defended the Harvard men’s soccer team for rating female students’ attractiveness in a “scouting report,” Michael Finnegan reports at the Times.

“We’ve been doing it for as long as humanity has existed, so they put it in a Google doc — not guilty,” Uygur said. In earlier blog posts, he also made crude jokes about women, calling them “poorly designed creatures” who don’t want to have sex often enough.

Uygur told Vox he was not actually defending the team’s scouting report, only people’s right to say things in private. He also said he has disavowed the blog posts, which he wrote before he made a transition from Republican to progressive. In general, he said, the criticisms of his comments “are smears against me done to distract from the issues.”

Amid the controversy on Friday, Uygur announced that he would not be accepting outside endorsements, and Sanders withdrew his, saying, “I hear my grassroots supporters who were frustrated and understand their concerns.”

Still, the episode brought back questions by some critics about Sanders’s commitment to issues affecting women. He’s been criticized in the past for arguing that the Democratic Party can’t exclude anti-abortion candidates simply because they “disagree with us on one issue.” Sanders has made efforts to address such concerns in the past, and has voiced strong support for abortion rights in debates. But the initial Uygur endorsement has revived doubts among some female voters about whether there’s room for discussions of sexism in his approach to politics.

Cenk Uygur is running for Congress. His past comments have become an issue in his campaign.

Uygur, 49, created The Young Turks as a radio show in 2002 and began uploading YouTube videos of the show in 2005. Today, the show describes itself as “the leading news and politics show for young, progressive viewers” and now has 50 million unique viewers a month, Uygur told Vox.

In November, Uygur announced his run for Congress in California’s 25th district. He’d be replacing former Rep. Katie Hill, a 32-year-old Democrat who announced her resignation in October after nude photos were published online, appearing to show her with a young female campaign staffer. Hill acknowledged and apologized for the relationship, but she also said that the photos were published without her consent after being leaked by her ex-husband, who she said was abusive. She also said she would devote her time after leaving office to fighting “revenge porn,” or the nonconsensual sharing of intimate photos with the intent to hurt someone.

Major liberal groups like Emily’s List, along with House Speaker Nancy Pelosi, have endorsed California state Assembly member Christy Smith for Hill’s seat. But Uygur is positioning himself as a challenger from the left, as Brittany Martin reported at Los Angeles Magazine in November.

A friend of Rep. Hill, Smith flipped a Republican state legislative district in 2018, and is campaigning on the issues of education, gun reform, and the environment, according to the Hill.

Meanwhile, Uygur told Vox he’s “the only major candidate for a Green New Deal, Medicare for All, and getting money out of politics.” Smith has not committed to Medicare-for-all, but says she supports a public health care option.

However, Uygur’s past comments have been an issue since he first announced his candidacy. In the past, he has written that women “are poorly designed creatures who do not want to have sex nearly as often as needed for the human race to get along peaceably and fruitfully,” as Martin reported in November. And in a post on The Young Turks website about his “rules” for dating, he wrote that he must have an orgasm by the fifth date: “If I haven’t unloaded by this time, things are intolerably slow.”

But his past remarks about women have gained even more attention in recent weeks, in part thanks to a Democratic activist named M. Mendoza Ferrer, who highlighted some of them on Twitter, the Los Angeles Times reported.

In a 2012 segment of The Young Turks, for example, Uygur said he thought that Orthodox Jews and Muslims who wear heavy clothing are “wasting their lives.”

In a 2007 episode, he used the n-word multiple times after celebrity bounty hunter Duane “Dog” Chapman used it. (Uygur told the Times that The Young Turks had followed a policy of using the n-word when criticizing racists for using it, but had stopped after conversations with black activists.)

And in 2016, he covered the Harvard soccer team’s “scouting report,” in which players rated female students, speculated about their favorite sex positions, and criticized their appearances. The report referred to one student as “manly,” and added, “Not much needs to be said on this one, folks.”

The Los Angeles Times has cast his remarks on the scouting report as a defense, but he told Vox he was only saying that if people are “making comments in private, there’s nothing we can do to stop them.”

“People for all of time have been making comments about the opposite sex privately, both males and females,” he said.

When it comes to his blog posts about dating, from the early 2000s, Uygur told Vox, “I don’t stand by them and they’re not right,” adding that, “I changed a long time ago.” He also said that the comment about women being “poorly designed” was meant to be a self-deprecating joke.

“If all you see is the old comments from me from back when I was a different person,” Uygur said, “I’m asking you to look at what I have done since,” adding that he “wouldn’t play second fiddle to anyone on aggressively fighting Republicans on the issue of women’s rights.”

The controversy could revive old questions about Bernie Sanders

Uygur’s past is receiving a new level of attention this week after the endorsement by Sanders. The senator, whom Uygur has praised on his show, called the Young Turks co-host “one of the outstanding progressive journalists in our country,” adding that he has “spent his entire life fighting for justice and the needs of the working people of our country.”

The Sanders campaign retracted the endorsement on Friday, but has not yet responded to Vox’s request for comment on the controversy.

The Vermont senator has faced criticism in the past that he’s insufficiently sensitive to issues affecting female voters. In 2016, he responded to an audience member who said she wanted to be “the second Latina senator in U.S. history” by saying, “it is not good enough for somebody to say, ‘Hey, I’m a Latina. Vote for me.’ That is not good enough. I have to know whether that Latina is going to stand up with the working class of this country and is going to take on big-money interests.”

To many, the comment felt belittling — female candidates, in general, have not made the argument that their gender (or their gender and ethnicity) alone are enough to elect them.

Sanders also drew criticism from abortion-rights advocates for his endorsement of Heath Mello, a candidate for mayor of Omaha who had sponsored or voted for several anti-abortion bills. In response, he said such endorsements might be necessary “if we’re going to become a 50-state party.”

“We have got to appreciate where people come from, and do our best to fight for the pro-choice agenda,” he told NPR. “But I think you just can’t exclude people who disagree with us on one issue.”

More recently, Sanders has drawn scrutiny for his handling of allegations of sexual harassment and pay discrimination in his 2016 campaign, as the LA Times notes. Earlier this year, he said he’d initially been unaware of the complaints because “I was a little bit busy running around the country trying to make the case,” Later, he was more apologetic, saying that what female staffers experienced “was absolutely unacceptable and certainly not what a progressive campaign or any campaign should be about.”

Sanders also inspired skepticism among some feminists because of allegations that his 2016 supporters harassed women online, and because of a general perception that his campaign’s focus on economic inequality did not include enough acknowledgment of gender inequities.

That perception has lessened, to some degree, in the 2020 campaign, as Sanders has spoken out strongly on issues like abortion rights and equal pay. Today, his campaign has an equal number of female and male supporters, as Esther Wang notes at Jezebel. Meanwhile, one of his competitors for the 2020 Democratic nomination, Sen. Elizabeth Warren, also took the position in a recent debate that the Democratic Party should not have a litmus test on abortion.

For Uygur, controversy over Sanders’s endorsement is just a way for critics to make the senator look guilty by association. “We’re taking quotes out of context by Cenk and trying to make all his political allies answer for quotes that they had absolutely nothing to do with.”

Still, the initial endorsement and subsequent retraction could revive old questions about whether the Sanders campaign is sufficiently committed to fighting sexism — or whether the issue takes a back seat to others in the senator’s mind.