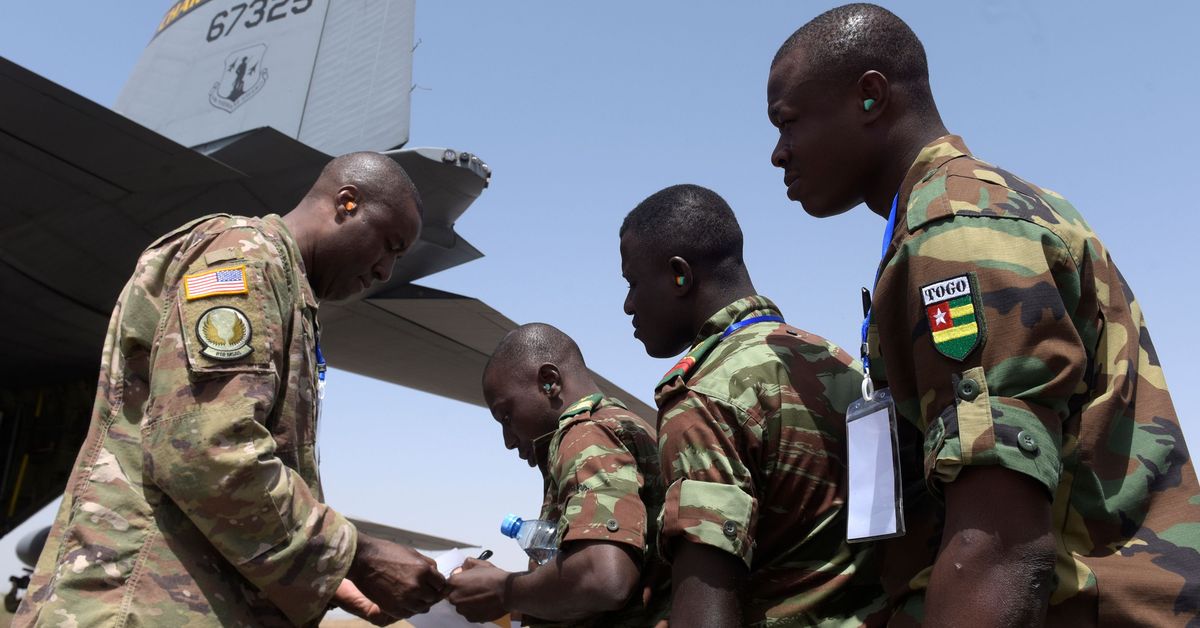 The Trump administration might want US troops who have been fighting for years in Western Africa to get out. But a testy argument between the Pentagon and members of Congress over the weekend shows that doing so could be politically difficult for the president.

Back in December, multiple reports indicated Defense Secretary Mark Esper was weighing options for a reduction — or even a complete withdrawal — of US service personnel in West Africa. According to a US Africa Command spokesperson, there are currently approximately 1,200 US personnel (including military personnel, civilians, and contractors) in all of West Africa, the majority in the country of Niger.

The main reason they’re there is to train local military forces to fight terrorist groups. But the US also collects intelligence for itself and to share with others, as well conducts airstrikes against adversaries when American forces deem it necessary.

The Trump administration, though, has its eyes on “great power competition,” meaning preparing the US military and diplomatic corps to confront Russia and China for the long haul. Helping Western African countries deal with their terrorism problems doesn’t really fit that focus. It’s why the Pentagon is thinking about where it’s best to place US troops to meet those and other needs.

“We’ve begun a review process where I’m looking at every theater, understanding what the requirements are that we set out for, making sure we’re as efficient as possible with our forces,” Esper told reporters in December.

The prospect of a withdrawal has worried French President Emmanuel Macron, whose troops lead much of the antiterror fighting in the region. “If the US decided to withdraw from Africa, it would be bad news for us,” he said in a January news conference.

”I would like to be able to convince President Trump that the fight against terrorism to which he is deeply committed is playing out also in this region,” Macron continued.

According to NBC News, lawmakers from both parties still see immense value in America’s presence in West Africa.

Meeting on the sides of the Munich Security Conference last weekend, US senators and representatives from both parties reportedly tore into Esper for considering a troop reduction. Sen. Lindsay Graham (R-SC), a staunch ally of President Donald Trump, reportedly even threatened Esper, warning him he could “make [Esper’s] life hell” if the Pentagon opted to withdraw all US troops from the region.

Graham denies that he said this, and Pentagon spokesperson Alyssa Farah, who was present at the meeting, also stated this was never said. The meeting “was a constructive, bipartisan, bicameral discussion on what the future U.S. presence in Africa will look like,” Farah tweeted Tuesday.

But Graham has made no secret of his opposition to removing US forces from West Africa. In January, Graham and Sen. Chris Coons (D-DE) sent a letter to Esper “to express our serious concern regarding reports of a possible decision to significantly reduce or completely withdraw U.S. Armed Forces” from West Africa.

The senators said that although they support the administration’s “desire to do more to focus on our near-peer competitors” such as Russia and China, “[w]e must not forget the continued threat from violent extremist [sic] to our interests and our homeland.”

The ongoing spat between Congress and the White House highlights once again how hard it is for presidents to end US military commitments. We saw this same dynamic play out back in 2018 when Trump tried to withdraw US forces from Syria. Graham and other lawmakers on both sides of the aisle also balked at that, with Graham warning that it could “lead to devastating consequences for our nation, the region, and throughout the world.”

It also says something important about the debate over whether maintaining a US troop presence in West Africa is worth the cost, both in terms of lives and money, regardless of how small that presence may be.

“The mission is worth it,” Emily Estelle, the Africa team lead for the Critical Threats Project at the American Enterprise Institute, told me. The threat “in the Sahel has been growing even with this mission, but it will certainly worsen more rapidly if the mission ends.”

Why the US cares about West Africa

Since at least the George W. Bush administration, the US has been working with governments in West Africa to counter Islamic extremist groups operating in that area. But the US troop presence there ramped up considerably under the Obama administration, which sent special forces to train and assist local partners in countering both al-Qaeda and ISIS groups operating in the region.

Here are just a couple of reasons why: In 2012, al-Qaeda in the Islamic Maghreb (AQIM) took over parts of northern Mali. And in 2013, Boko Haram pushed out Nigerian troops and officials from 10 local government areas near the borders of Niger, Chad, and Cameroon — an area about the size of Maryland. These and other events led to thousands of deaths and millions displaced.

France launched a direct military intervention in Mali in 2013 in what was known as Operation Serval. The goal was to stop AQIM and its allies, which at that point had taken about half of Mali’s territory, from gaining more power. The US provided transport and telecommunications support to the French, such as refueling aircraft and passing along intelligence.

The US has maintained a small presence in the Sahel ever since, mostly supporting its European and African partners to combat terrorists, though the French are firmly in the lead and cover most of the costs. Officials in Paris have long said they expect the US to continue providing intelligence, logistics, and aerial refueling support. Just this month, the US added a logistics hub in Ghana and is close to completing a drone base in Niger.

“The theory underlying all of these missions is that it’s cheaper, less risky, and more effective to train and equip local forces to fight than rely on American troops operating far from home on unfamiliar terrain,” US military experts Phillip Carter and Andrew Swick explained for Vox in 2017.

This is evident in America’s 800-strong presence in Niger, says Rida Lyammouri of the Netherlands Institute for International Relations. He told me that training Nigerian troops helps them better fight off al-Qaeda and ISIS affiliates, but also gives the US a base to track militants with drones if necessary.

America’s involvement hasn’t come without risk. In October 2017, most notably, four US Special Forces members died in an ambush in Niger. There are even concerns that US (and French) operations may have led to civilian casualties.

Despite that, Lyammouri believes the situation in these countries could worsen if the US or even the French were to leave because extremist groups could spread their influence down into the coastal countries of Ghana and the Ivory Coast.

That’s why, in his mind, the US mission in West Africa is a core national security priority. “It’s not in our interest to wait until bad things happen,” Lyammouri said. “It’s our responsibility to support these countries in the fight against groups that are looking to destabilize them.”

The American Enterprise Institute’s Estelle added there are other reasons for the US to stay involved that are closer to home.

First, though regional terrorist groups are currently focused primarily on fighting local enemies, some experts fear they could turn their attention toward attacking America down the line. The presence of US forces on the ground in these places only raises that likelihood.

Second, Estelle says keeping US troops in West Africa will help the Pentagon push back against Russia and China. Moscow is increasing arms deals and security agreements with regional nations, and China is considering building a second military base in Senegal. “It’s a false dichotomy to say that the US should move forces from Africa to counter China and Russia,” Estelle told me. “China and Russia are competing in Africa.”

However, the US can’t really say its presence has vastly improved the security situation. “The region has experienced a devastating surge in terrorist attacks against civilian and military targets,” Mohamed Ibn Chambas, the head of the UN Office for West Africa and the Sahel, said on January 8. He noted that there were more than 4,000 deaths reported in 2019 alone in Burkina Faso and Niger, compared to about 770 deaths three years earlier.

That may be exactly why US lawmakers want troops to stick around: The situation may be bad, but it could get a whole lot worse if they leave. Whether or not the Pentagon agrees with that assessment will form the basis of the legislative-executive fight for the weeks to come.