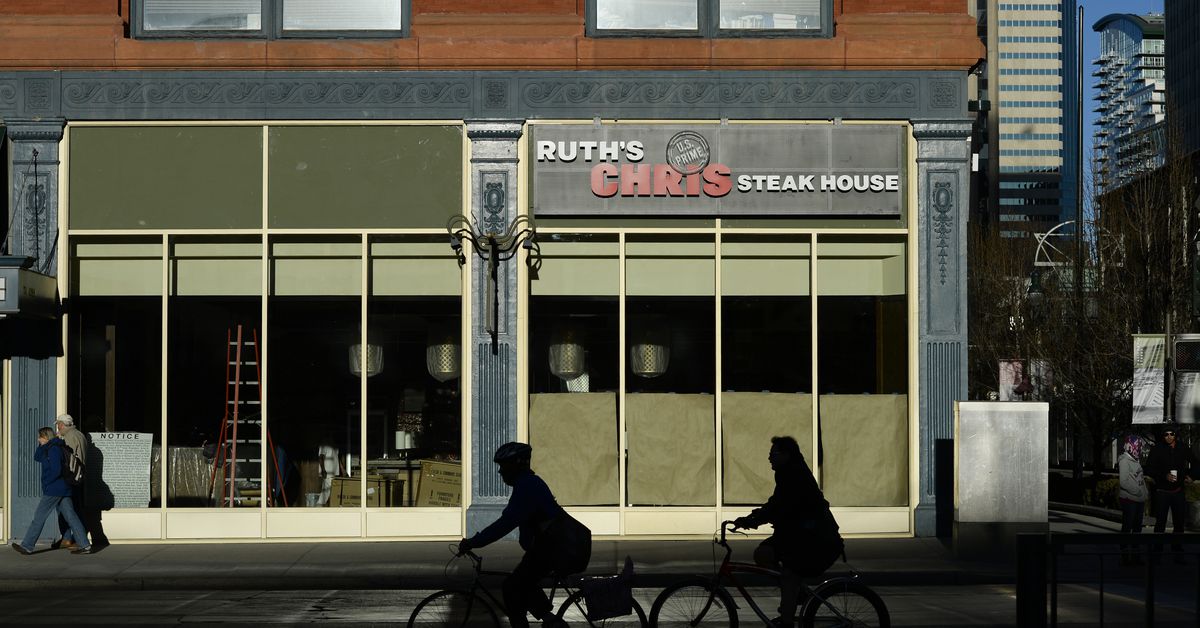 As the $349 billion for a federal small-business loan program has run out, an alarming pattern has emerged: Much of this money hasn’t been going to small businesses at all.

According to public filings, corporations including Ruth Chris’s Steak House, Potbelly, and Shake Shack have obtained millions in loans from the Paycheck Protection Program, a new effort intended to help small businesses that are struggling to weather the economic fallout from the coronavirus pandemic. (Shake Shack has received $10 million from the program, but it’s since returned it in the wake of the backlash.) Millions more have also gone to large, publicly traded companies whose financial troubles have nothing to do with the coronavirus economic crash, the AP reports.

Small-business owner Sara Core, meanwhile, hasn’t been able to get the comparatively paltry $58,000 she’s asking for to cover payroll and other operational expenses for the Millennium Family Entertainment Center she runs in Yuba City, California.

“Our business is completely shut down right now,” Core told Vox. “I’m in a position where I don’t even know if we’ll make it.”

Core applied to the program on April 3, the first day it opened, but was told her bank — Golden Pacific Bank — had already reached its limit on the number of loans that it could give out. She’s since applied through other lenders, including PayPal, but money for the program was depleted before she ever got an update, and she’s been forced to furlough her 21 employees in the meantime.

Core’s experience underscores the financial pressure that many small businesses are currently facing: According to MarketWatch, 43 percent of small businesses have said they could close permanently within six months if they don’t receive financial help. Hundreds of thousands of small-business owners are still waiting to even hear back about the status of their applications, not to mention access funds.

The program’s distribution of funds is a direct result of the way the law — which explicitly enables large chain restaurants and hotels to participate in the program — was designed. Given how much small businesses are relying on the funds in these loans, the amount of money that large corporations have been able to pick up is staggering — and, to many people, infuriating.

“I am outraged the PPP money has gone to publicly traded companies with fancy bankers, lobbyists, and lawyers who pushed them through,” said Beret Kirkeby, the owner of an orthopedic massage clinic in New York City, who hasn’t been able to receive any funds from PPP.

What’s particularly stunning about corporations’ efforts to capitalize on this program is that the law is designed to let them do it.

As written in the legislation, any business that’s classified as an accommodation or food service that has 500 or fewer employees at its individual locations, is eligible. It’s a loophole that, in theory, was meant to help franchisees and independent owners — think a local McDonald’s store owner — but as Bloomberg notes, the “language didn’t clarify whether individual locations must apply for the aid or whether corporate headquarters could start vacuuming up millions in relief funds.”

Although Sen. Marco Rubio (R-FL) has called out some applicants for abusing PPP, he’s emphasized that larger restaurants and hotel chains were intentionally included in the bill, because these industries have been so severely affected by recent economic declines. In fact, industry groups lobbied to make sure they could qualify for PPP, according to the Wall Street Journal.

Rubio argues that some of these chains’ locations are operated by individual owners, so the funding would be aimed at helping franchisees and others — rather than the corporate parent company.

“These hotels, they may say Marriott or Hyatt or Hilton, but it’s actually owned by an individual. It’s just a flag that’s on it. And the same can happen with restaurants and franchises,” Rubio told the Hill.

Larger corporations’ use of the program isn’t quite in line with these purported intentions, however.

As Judd Legum writes in his newsletter Popular Information, Ruth’s Chris Steak House — which had more than $441 million in revenue in 2019 — was able to secure $20 million in forgivable loans, while appearing to furlough much of its workforce. The funds that the company has obtained were received by the parent company and not its independent franchisees, according to the Wall Street Journal.

Because of how limited the funds for PPP have been, the disproportionate allocation of them to larger companies means that smaller businesses are missing out on money they desperately need.

According to the Small Business Administration, the average loan that was approved under PPP was $206,000. It’s a number that skews high, which suggests that larger companies are snagging a lot of these loans, said Awesta Sarkash, the government affairs manager at Small Business Majority, an advocacy group focused on advancing the needs of small businesses. Based on data from the Federal Reserve, the majority of small businesses — 59 percent — typically seek $100,000 or less when they take out loans.

“Half of the allocated funding for the PPP has run out because all of these loans are on the larger size and going to larger businesses,” Sarkash said. CNN noted that 9 percent of the funds that were allocated went to just 0.3 percent of the businesses.

Not only do many of these corporations have a leg up over small businesses when it comes to the accounting expertise they have on hand to complete the application for the program along with existing relationships with banks, financial institutions have an incentive to approve larger loans. Because of the fees associated with processing different loans, a bank could more quickly pick up fees by processing one massive loan, compared to multiple smaller loans, Sarkash said.

The “first come, first serve” nature of the program — and its broad eligibility requirements — have resulted in an uneven distribution of funds: Even as 75 publicly traded companies have been able to obtain loans through PPP — according to a report from the Associated Press — hundreds of thousands of small businesses’ applications remain in limbo.

Kathy Thorpe, a small business owner who runs Denver Paw School, a dog training program in Denver, Colorado, is still waiting to hear back on the status of her application after applying for both PPP and the Economic Injury Disaster Loan. “We’re used to … finding a way to plan through chaos,” she said, regarding the uncertainty she’s facing. “But this is something else.”

Meanwhile, Kristi Risk, the owner of Diamond K Sweets, a candy and confectionery store based in Spencer, Indiana, said her PPP loan was rejected because her payroll costs didn’t reach a threshold that her banker deemed sufficient.

Risk estimates that the business’s revenue is down 60 percent compared to this same point last year and adds that she’s dipping into her own savings to tide the business over. “We’ve got leases, we’ve got utilities, we’ve got no customers because we’re shut down,” she told Vox. “We’re covering it with our own income and 401(k).”

The new small business funding doesn’t include many additional restrictions

Congress is poised to approve roughly $320 billion in new funding for the PPP this week, but it’s not adding many additional restrictions on how this money can be doled out.

There is one key condition that’s been addressed: $60 billion will be allocated through small and medium-sized community-based lenders. It’s a carveout that’s meant to help more small businesses — including minority-owned and rural firms — obtain the money, since they are less likely to have existing relationships with larger banks like Bank of America, which were more likely to receive funds from the first wave.

But the eligibility for the program is staying pretty much the same.

Restaurants and hotels that have individual locations with 500 or fewer people are still able to apply to the program, for example, spurring fears that corporations could try to benefit once more.

“We’re concerned about larger businesses being able to tap the funds out again,” says Sarkash.

During a White House briefing on Tuesday, Treasury Secretary Steven Mnuchin and President Donald Trump said they disapproved of big business attempting to take advantage of these small business loans. Mnuchin noted that the Treasury Department would provide guidance to clarify the requirements needed to qualify for them.

Whether that threat and the $60 billion carveout will be enough to make sure these funds actually get to those who need it most, however, is far from certain.