The attack occurred just as a plane carrying several cabinet officials landed. The cabinet’s formation was supposed to be a step toward resolving Yemen’s civil war. … 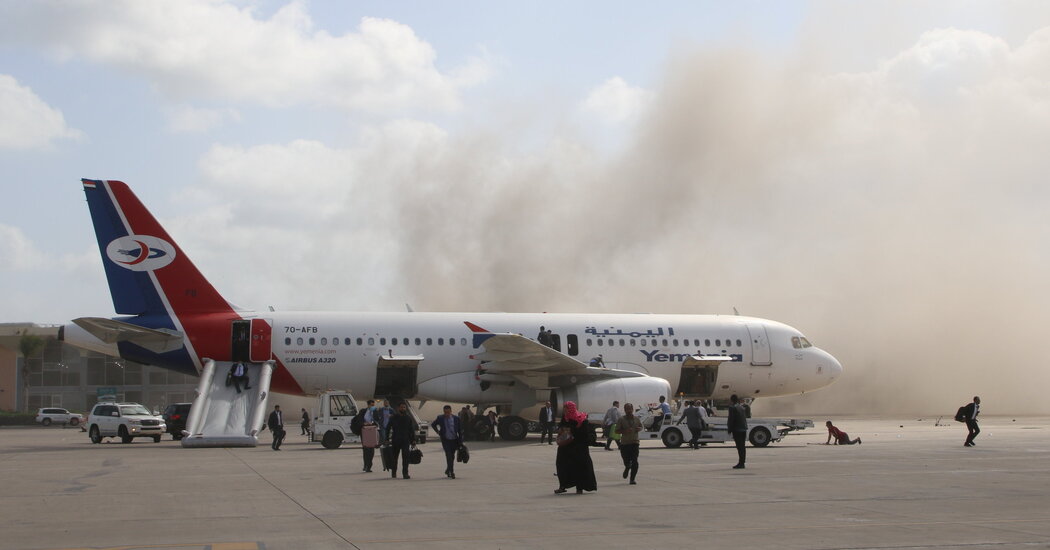 The Houthis control much of northern Yemen, including the capital, Sana.

The government has been based in Aden, a port city in the south, but has largely operated in exile in Saudi Arabia. The government side splintered last year between Saudi-backed forces and southern separatists sponsored by the Emirates, causing clashes in the south and hampering efforts to negotiate a political settlement to end the war.

Saudi Arabia, in fits and starts, has pushed the Yemenis to mend the broken government alliance against the Houthis. A new unity government that the kingdom’s negotiators brokered under a power-sharing deal known as the Riyadh Agreement was sworn in this month.

In the hours after the blast, no one claimed responsibility, though officials from various factions were quick to make accusations.

Members of the new government blamed the Houthis.

The government’s new foreign minister, Ahmed BinMubarak, who was on the plane, said on Twitter that the “targeting” of the new cabinet had been a “criminal and terrorist act perpetrated by Houthis, which should be uniformly and unambiguously condemned.”

Nizar Haytham, a spokesman for the Southern Transitional Council, the southern separatists’ governing body, charged that the Houthis and the Islamist Muslim Brotherhood had cooperated in the attack in order to undermine the coalition. He said an initial investigation had shown that the airport was struck by a missile fired by a drone.

The Trump administration is weighing whether to designate the Houthis as a foreign terrorist organization, American officials have said.

Affiliates of Al Qaeda and the Islamic State also operate in Yemen.

Among the dead were Yemeni 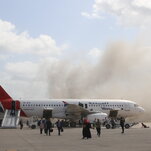