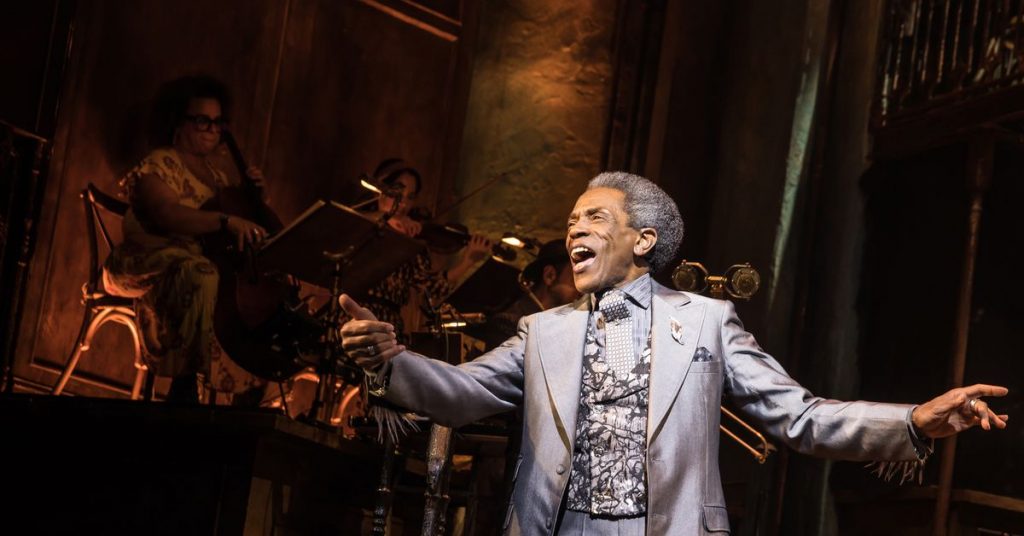 It’s been a rough couple of years for the Tonys telecast. Traditionally, the award ceremony is powered by live performances from the year’s Best Musical nominees, but in the 2017 and 2018 seasons, the most exciting race was between the plays. The musicals were either exciting but under-rewarded (2017’s Natasha, Pierre, and the Great Comet of 1812), or there was a single beloved show in a crop of franchise-movie-to-franchise-musical adaptations (we do not speak of 2018).

After all, the musical race heated up again this year. There were multiple frontrunners, and there was an argument to be made that plenty of them were worthy of the Best Musical trophy — including the big-hearted The Prom (traditional music with a sweet queer love story), the smoothly stylish Ain’t Too Proud to Beg (a jukebox musical with soul!), the glitzy and nostalgic Tootsie (it … well, it’s Tootsie), and the excitingly untraditional Hadestown (Greek myth, but make it anti-capitalist!). Hadestown was the night’s projected winner, but it wasn’t a Hamilton-style juggernaut: There was plenty of possibility for a dark horse to upset the race.

And yet in the end, despite a strong Best Musical field, the 2019 Tonys ceremony was kind of a snooze.

Was it the soft-energy hosting from James Corden? Was it the sluggish camerawork that cut up the dancing and frequently neglected to focus on the actors who the audience was supposed to be looking at? Was it the decision from nearly every musical in the program to go with a low-key mood piece rather than a big showstopper? (Shoutout to Best Revival nominee Kiss Me Kate, whose “It’s Too Darn Hot” was a notable exception.) Was it just a quiet year? Whatever it was, we had plenty of time to catalog those who came out of the night ahead — and those who lost something. Here are four winners and one big loser from the 2019 Tony Awards.

Hadestown’s 14 nominations made it the most-nominated show of the season, so it was the favorite for Best Musical going in. It maintained its laurels throughout the night, bringing home eight awards, including the big one for Best Musical.

Hadestown’s coronation is a big win for weird theater. It’s a messy, shaggy show that intertwines classical mythological archetypes with urgently contemporary ideas about how capitalism destroys art, and it’s all so abstract and bizarre that it seems like it should fail on the stage but it never quite does. It’s also a big win for women: with its music and lyrics from Anais Mitchell and direction by Rachel Chavkin (both of whom also won Tonys), it’s the only musical of the season with an all-women creative team.

Winner: Elaine May picked up her first win for acting ever. (Yes, really.)

Legendary comedian and actress Elaine May has numerous accolades for her long career as a screenwriter, working on comedies like Heaven Can Wait and The Birdcage. She first gained fame as part of a standup comedy duo alongside future film director Mike Nichols, and became a cultural icon as well as a multi-faceted performer and artist.

But despite decades of work as a film and stage actress, and repeated nominations, May had never actually won an acting award for her work until this year, with her role in this season’s revival of The Waverly Gallery.

May’s role as an aging art gallery owner with dementia gained critical acclaim and won her the Outer Critics Circle Award as well as the Tony for Best Actress in a Play. While accepting the Tony, May spoke of watching actor Lucas Hedges describe her character’s death at the end of the drama. “He described [my death] so heartbreakingly,” she said, “he was so touching that watching from the wings, I thought, ‘I’m going to win this Tony.’”

Winner: Rachel Chavkin became the fourth woman to win the Tony for directing a musical

Chavkin has been a favorite among theater nerds ever since her sumptuous direction of 2017’s Natasha, Pierre, and the Great Comet of 1812, for which she earned a Tony nomination but not a win. This year, when she won the Tony for Hadestown, she became the fourth woman ever to win for directing a musical, in a milestone that it’s fairly shocking still exists. And, as Chavkin pointed out, she was not only the only woman nominated in the category this year, but the only woman who’s even directing an eligible musical this year.

“This is why I wish I wasn’t the only woman directing a musical on Broadway this season,” Chavkin said. “There are so many women who are ready to go. There are so many artists of color who are ready to go. And we need to see that racial diversity and gender diversity reflected in our critical establishment too. This is not a pipeline issue. It is a failure of imagination by a field whose job is to imagine the way the world could be.”

Winner: Ali Stroker was the first wheelchair-using actor to win a Tony

In 2015, Ali Stroker became the first person using a wheelchair ever to perform on Broadway during her her turn in the Deaf West revival of Spring Awakening, and this year, she took home the Tony for Best Featured Actress in a Musical for her role as Ado Annie in the dark and gritty revival of Oklahoma. That makes Stroker the first wheelchair-using performer to win a Tony, ever.

“This award is for every kid who is watching tonight who has a disability, who has a limitation or a challenge who has been waiting to see themselves represented in this arena,” she said as she accepted her award. “You are.”

But it’s worth noting that Stroker’s win also highlighted how poorly set up the theater community is to work with the disabled. As Stroker pointed out after her speech, while most Broadway theaters work to make themselves accessible to disabled audiences, backstage, they’re mostly inaccessible. And that fact was more than clear at the Tonys: When Stroker won, she had to wheel herself out from backstage, because if she’d been sitting in the audience with the rest of the nominees, there would have been no ramp available for her to use to get onto the stage itself.

James Corden’s opening number, a cheeky hymn to live performance mixed with a oddly passive-aggressive dig at scripted television, was a slog that went on for far too long. But it certainly set the tone for the rest of the night, which fell flat and rarely picked itself up.

Corden’s jokes throughout the evening, which veered towards the petty, frequently failed to land, despite the best efforts of the many actors who joined in. Winners’ speeches seemed largely rote and perfunctory, and when the inevitable references to politics arrived, they, too, frequently felt world-weary rather than revolutionary. Fashion-lovers got little out of this evening, save for Hadestown winner Andre De Shields’ gold-winged shoes and Billy Porter’s by-now familiar showstopping aesthetic.

Still, the malaise seemed to permeate the production; even the camerawork was frequently off-center and slow in focusing on the actors under discussion. The lifetime achievement awards, which went to legendary actor Rosemary Harris and legendary queer playwright Terrence McNally, both were egregiously shoehorned into a commercial segment rather than broadcast to at-home viewers. The night’s “In Memoriam” segment featured the powerhouse Cynthia Erivo singing a song from The Lion King, which is just about the least memorial-like combo one could imagine.

Musical numbers typically designed to showcase the highlights of each musical nominee seemed instead to accomplish the opposite effect; for instance, The Prom went with one of its most atypical numbers in order to feature the whole cast, while Hadestown slotted in one of its slowest numbers to convey its sense of drama, instead of opting for an upbeat note. At one point, someone from the cast of Oklahoma! threw a beer can at the camera, and that felt like a pretty representative moment from this production as a whole.