The White House signals a pause on coronavirus aid, even as the economic situation becomes more urgent 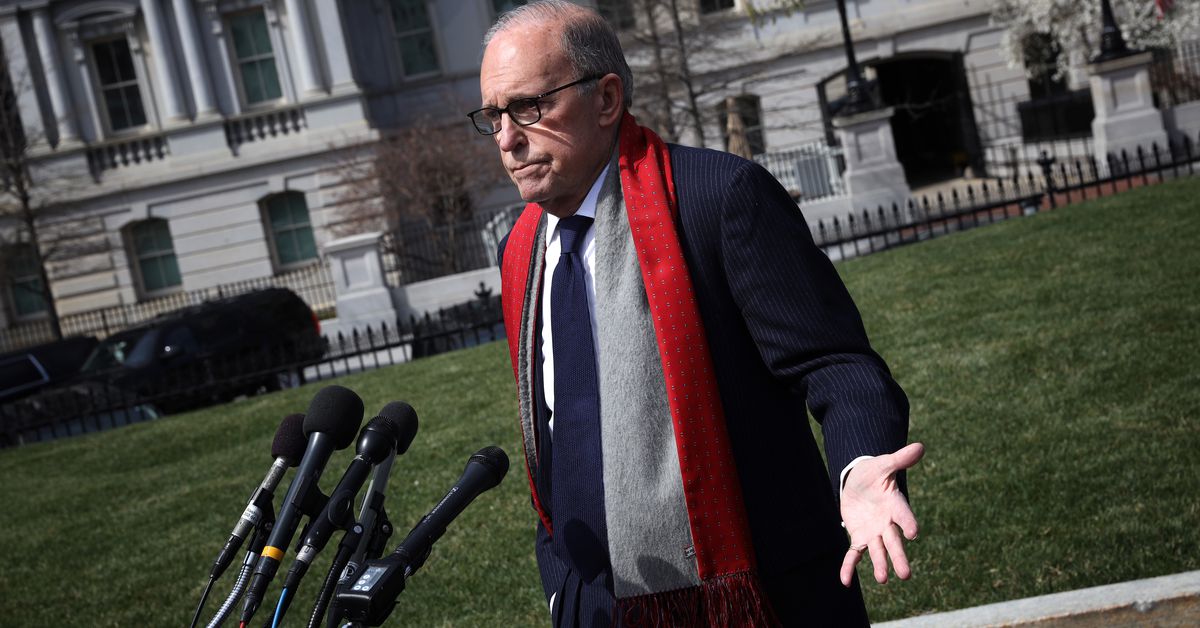 The White House would like to put a pause on a fourth coronavirus spending package. But can the country really afford to?

In an appearance on CNN’s State of the Union with Jake Tapper on Sunday, White House economic adviser Larry Kudlow said the Trump administration is taking a wait-and-see approach on providing more federal support for Americans as the United States continues to weather the coronavirus crisis and the accompanying economic downturn.

“Well, I don’t want to get too far ahead of the story, Jake,” Kudlow said. “There may well be additional legislation. There’s a kind of pause period right now. You know, we have put up $3 trillion of direct federal budget assistance in one way or another; the Federal Reserve has actually put in as much $4 to $6 trillion. So it’s a huge, huge package.”

The former CNBC host told Tapper the White House wants to see what happens “as we gradually open the economy” — a move more than two dozen states are making or are about to make — and the administration will “probably have some ideas.” But the administration isn’t champing at the bit to provide more help. “We will see in a couple of weeks, Jake, what needs to be done and perhaps how to do it,” Kudlow said.

However, the economy remains in a serious crisis, with governors from both parties, economists, and Democratic lawmakers warning more help will be needed, and getting started on that work can’t wait.

States and cities have been sounding the alarm that their finances are in trouble as spending has skyrocketed in response to the health crisis and revenue has fallen off a cliff. States are warning they’ll face enormous budget shortfalls and be forced to make catastrophic cuts without federal assistance. President Donald Trump has suggested relief will be used as leverage to force states and cities to change their immigration policies, a message reinforced by Kudlow on Sunday.

Meanwhile, the first round of federal funding for small business loans under the Paycheck Protection Act was quickly tapped out. Congress has replenished it, but already, an additional $179 billion has been given out. Essential workers still lack protections and aren’t getting federal hazard pay. Expanded unemployment insurance — which provides an additional $600 in weekly benefits for displaced workers — is set to lapse at the end of July. States are still figuring out how to get medical equipment and seeing increased health and medical costs. The country is not back to business as usual. And the coronavirus crisis isn’t close to over.

Thus far, the federal government has enacted three sweeping coronavirus-related packages, the last one being the Coronavirus Aid, Relief, and Economic Security Act, or the CARES Act, a $2.2 trillion stimulus package. President Trump signed it into law in late March.

Now, a fourth bill is taking shape, but there’s hardly a consensus around it. As Vox’s Ella Nilsen lays out, Republicans and Democrats are at an impasse over state and local funding — Senate Majority Leader Mitch McConnell has gone as far as to suggest states should just declare bankruptcy, which is currently not permitted under federal law. House Speaker Nancy Pelosi has suggested the bill could cost billions. And both parties, plus the White House, have competing wish lists. For example, Democrats are pushing for hazard pay for workers, and Republicans are concerned about protecting businesses from liability if workers and customers get sick.

But whatever the disagreements, Congress and the White House will need to address them, because of the dire economic and health crisis.

On Wednesday, Federal Reserve Chair Jerome Powell said at a press conference he believes the economy will contract by an “unprecedented rate in the second quarter” and warned that a double-digit unemployment rate in April is possible. Roughly 30 million Americans have filed jobless claims over the past six weeks, and unemployment numbers from April will be released Friday.

“Both the depth and the duration of the economic downturn are extraordinarily uncertain and will depend in large part on how quickly the virus is brought under control. The severity of the downturn will also depend on the policy actions taken at all levels of government to cushion the blow and to support the recovery when the public health crisis passes,” Powell said.

He said Congress’s reaction thus far, including the Paycheck Protection Program and expanded unemployment insurance, have amounted to an “extraordinary, historically large reaction” from lawmakers. “But I would say that it may well be the case that the economy will need more support from all of us if the recovery is going to be a robust one.”

If the federal government were to pause further stimulus measures, as Kudlow, the White House, and some Republicans are suggesting, it could slow that recovery markedly. For example, states may have to lay off employees, make cuts to education, and scale back infrastructure spending, creating an even bigger drag on the economy. Some politicians are worried about overdoing it on support, but the real concern is the opposite.

On Sunday, Kudlow, who in February said the virus was contained despite a growing chorus of warnings from health officials, offered a rather rosy prediction of the US economy’s future. Current support via the Paycheck Protection Program and expanded unemployment, combined with state reopenings, could suggest a “potential strong spring-back” in May and June, he said, adding he thinks 2021 could be a “spectacular year in the economy.”

Many economists disagree with Kudlow’s assessment that better days are just around the corner. But he undercuts his own hopes and aspirations by promoting a sit-back-and-wait approach.