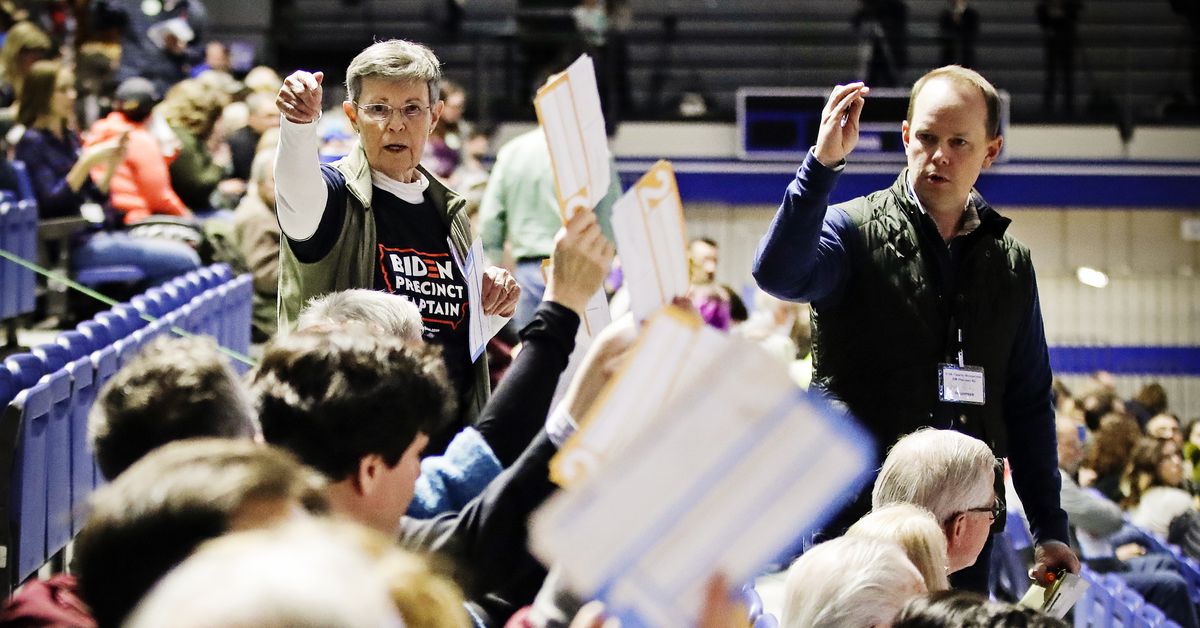 A few times on Monday night, at some of the Iowa caucuses, candidates ended up with the same number of votes. There was a tie when it came time to hand out delegates.

So the Iowa voters resolved it with a time-honored election tradition: the coin toss.

As the Des Moines Register explained in 2016, there are a few circumstances when a coin toss becomes necessary, but it usually means the caucus has gotten to the point where it’s ready to award delegates but two or more candidates have the same number of supporters. The winner of the coin toss determines how the delegates in each location will be divided up.

A lot of coin tosses can be the sign of a close race. Back in 2016, Hillary Clinton and Bernie Sanders almost tied overall in Iowa and 13 caucuses were decided by a coin toss that year. This time, while official results are still being tabulated, reporters’ tweets suggest several caucuses have been decided by coin toss so far:

FOURTH COIN TOSS, because why stop here? This one is in Warren County. This time itwas between Biden & Klobuchar, and Biden got the delegate.

Which means Klobuchar got ZERO despite hitting viability just like Biden.

So Warren & Biden each got one. https://t.co/oNGu3ldsOO

A three-way tie was apparently resolved by picking a name out of a hat.

FYI 3 way tie at the end btwn Biden, Bernie and Warren. Picked a name out of a hat. Biden won.

Given that early returns suggest a pretty even four-way race between Joe Biden, Bernie Sanders, Pete Buttigieg, and Elizabeth Warren across the state, this isn’t necessarily a surprise. But flipping coins to determine presidential nomination delegates is another process twist in Iowa, where the caucuses are already more complex and confusing than ever before.

In every caucus location across the state, the people present are going through a three-step process, yielding three different sets of results, to figure out how many delegates each candidate has won. The coin tosses come in if there is a tie at the end of the third step. As Vox’s Andrew Prokop explained:

1) The pre-realignment vote total: This is the initial tally of how many people prefer each candidate at each of the more than 1,600 individual caucus sites (added together for a statewide total). Basically, it’s who got the most votes the first time around.

2) The final vote total: After the first tally, any supporters of a candidate who got less than a certain threshold of the vote (15 percent in most precincts) can shift their support to another candidate. Candidates who are below the viability threshold are eliminated as “nonviable,” and a new and final tally is taken. So this is who got the most votes after a reshuffling.

These coin tosses are not going to determine who gets the Democratic nomination (at least, probably not). About 1 percent of the nearly 4,000 delegates that will be won over the next few months are up for grabs in Iowa. The state has 41 delegates total, and it seems just a handful will be awarded by this throwback tradition.